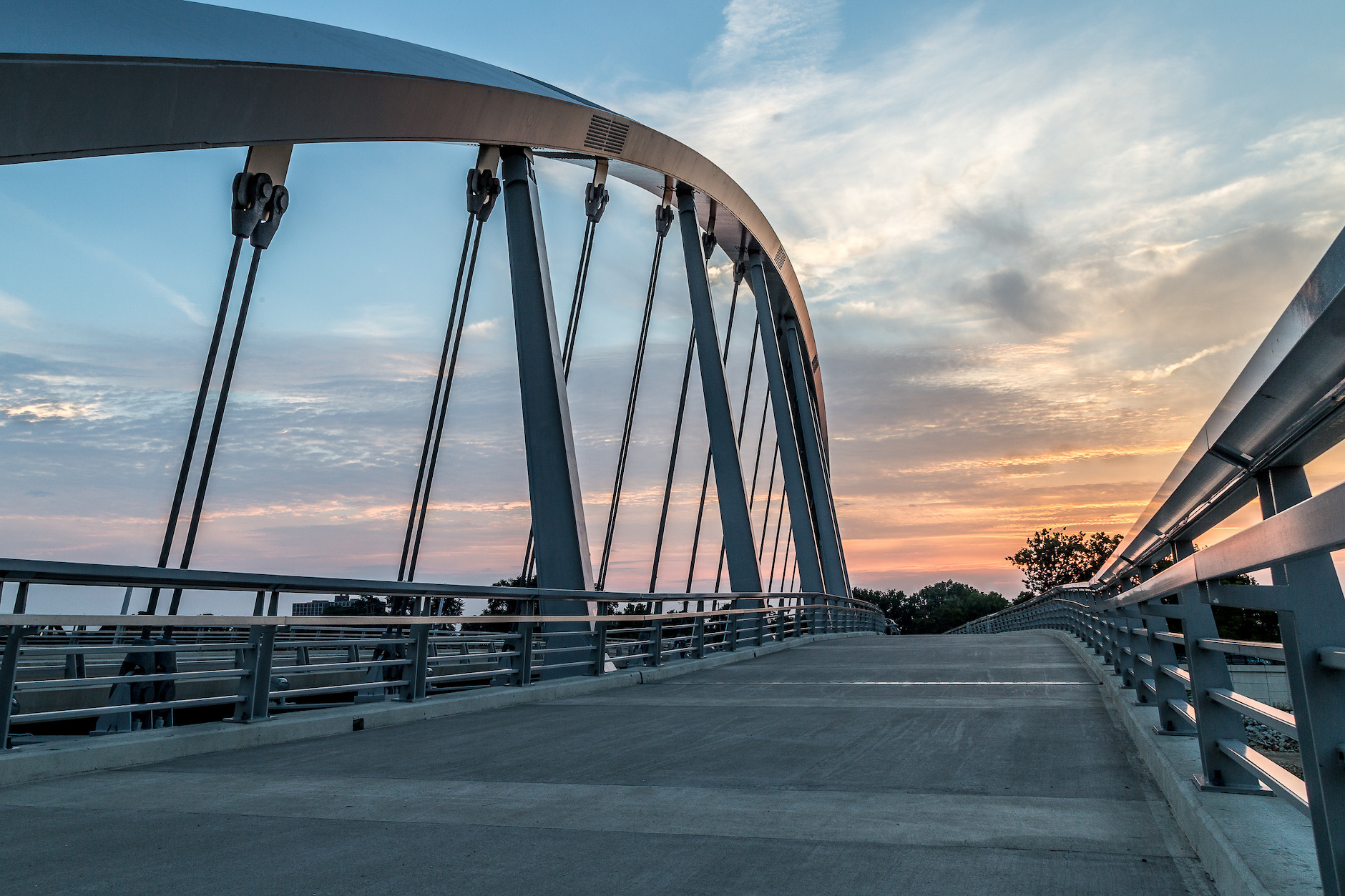 Maybe when talk of Columbus arises you think about The Ohio State University, the Buckeyes, and the legendary Horseshoe, one of the largest on-campus college football stadiums in America. Or — who knows — maybe you think of the stuffed two-headed on display at the Ohio Historical Connection.

Regardless of what comes to mind first, moving to Columbus is an exciting opportunity to get to know the city for more than just its unique landmarks and attractions. But it can also be intimidating.

That’s where we come in. We’re Bellhops, your friendly Columbus movers.

For those considering a move to Columbus, we’ve gathered information and resources to help make the decision easier. Keep reading for information about what it's like to live in Columbus.

An Overview of Columbus

Columbus is Ohio's most populous city, with more than 870,000 people calling The Arch City home. Its residents find themselves amid a lot of rich history: Founded in 1812 and named after Christopher Columbus, it is both the state capital and the county seat of Franklin County.

Since it’s in the middle of Ohio, Columbus also experiences a variety of weather patterns. Residents experience warm air that comes up from the tropics in the summer and the cold air that comes down from Canada in the winter. On average, it gets two inches of rain each month and 28 inches of snow each winter, so pack your boots, umbrella, hat, and gloves.

Columbus Cost of Living and Employment

When it comes to growth, Columbus is on the up-and-up, and Columbus’s cost of living is on par with the rest of the country.

Unlike many areas in Ohio, Columbus’s job market isn’t heavily reliant on manufacturing. Instead, many residents work for one of the city’s two largest employers: the government and Ohio State University.

If you make Columbus your home, you'll most likely rely on driving. However, that’s not your only option.

Columbus and Franklin County also have a massive Metro Parks system that consists of 16 parks totaling 24,000 acres. Though this might not help you get to work, it’s great for leisurely strolls and hikes. 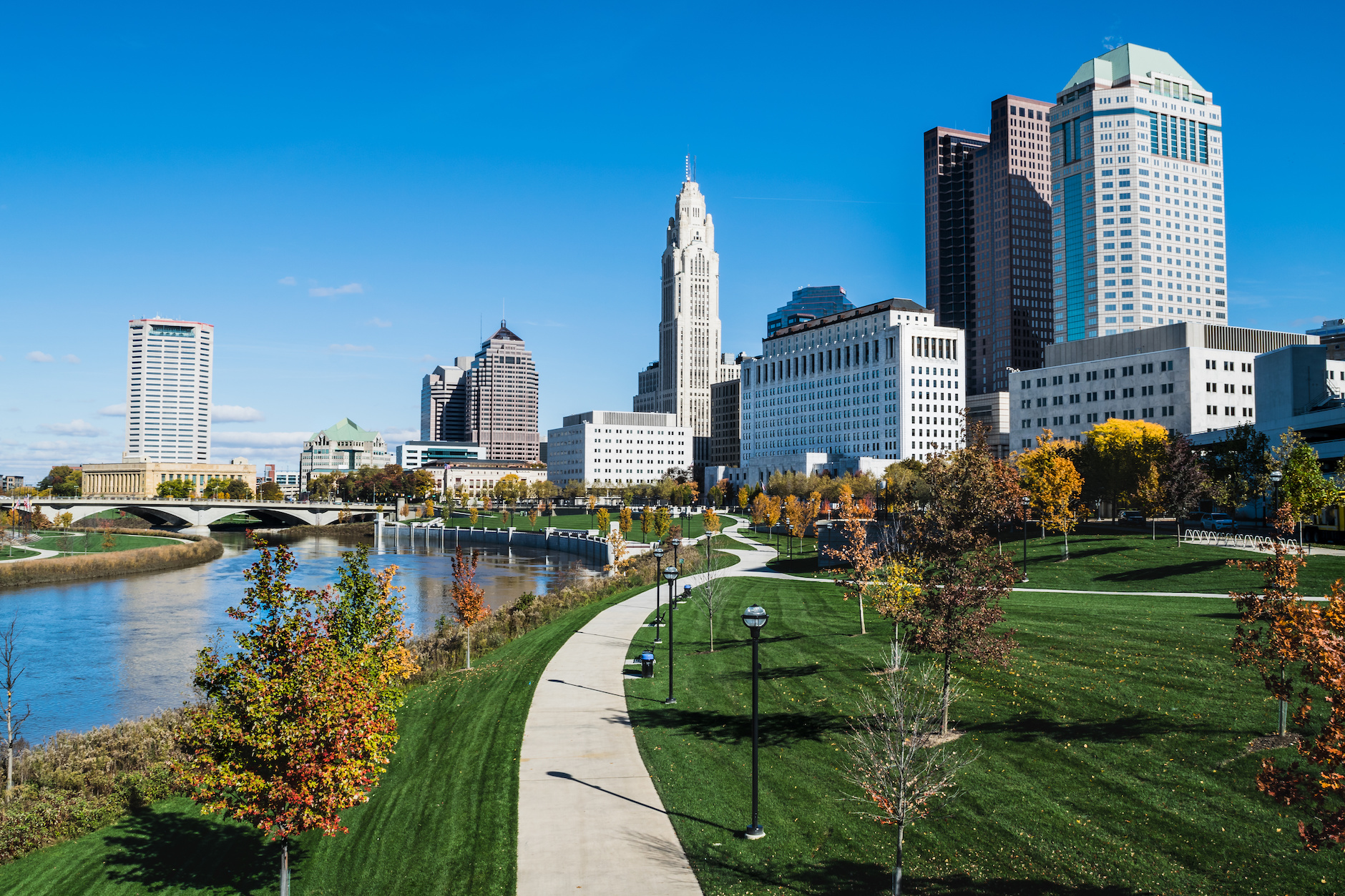 The 5 Best Neighborhoods in Columbus

Franklinton, or West Columbus, was Central Ohio’s first settlement. These days, it has a new nickname, "The Next Short North,” which is a reference to another popular neighborhood in the city. Franklinton is making a comeback after decades of neglect, and developers are buying properties left and right, breathing life into the area, and attracting both new businesses and residents.

Short North is one of Columbus’s most-popular neighborhoods. It's fast-paced, close to downtown, and filled with art galleries, boutiques, restaurants, bars, and the distinctive lighted arches above High Street. It's also home to the Short North Arts District, a hub for the local arts scene.

German Village and the Brewery District

This area is historic but by no means dated. Its story begins almost 200 years ago, when it was built by German settlers. Over time, its Brewery District became the industrial center of Columbus's beer scene, and today the restored brick homes and shops line streets full of old-world charm.

As you might expect, there are a number of arenas here, including the Nationwide Arena, Kemba Live!, and Huntington Park. The upside: the exciting hustle and bustle. The downside: the noise and traffic. In any case, this is a vibrant neighborhood filled with great places to live, eat, and play.

You guessed it: The University District, located a couple miles from downtown, includes the massive Ohio State campus as well as its sports venues, plenty of restaurants and bars, and the nightlife that accompanies campus life.

Between the university and Worthington is Clintonville, a large neighborhood with a more intimate feel than its high-energy neighbor.

Columbus may have a reputation as a football city, but if that's not your style, don't fear. There are plenty of other things to do and see, such as:

More Resources for Moving to Columbus

And that’s it. Our work here is done. If you’re feeling overwhelmed by your potential move, that’s OK. It’s all part of the process. Hopefully, what we’ve provided alleviates some of your anxiety and enables you to decide if Columbus is the right place for you.

If you decide to take the plunge, get in touch. We know some people who might be able to help.