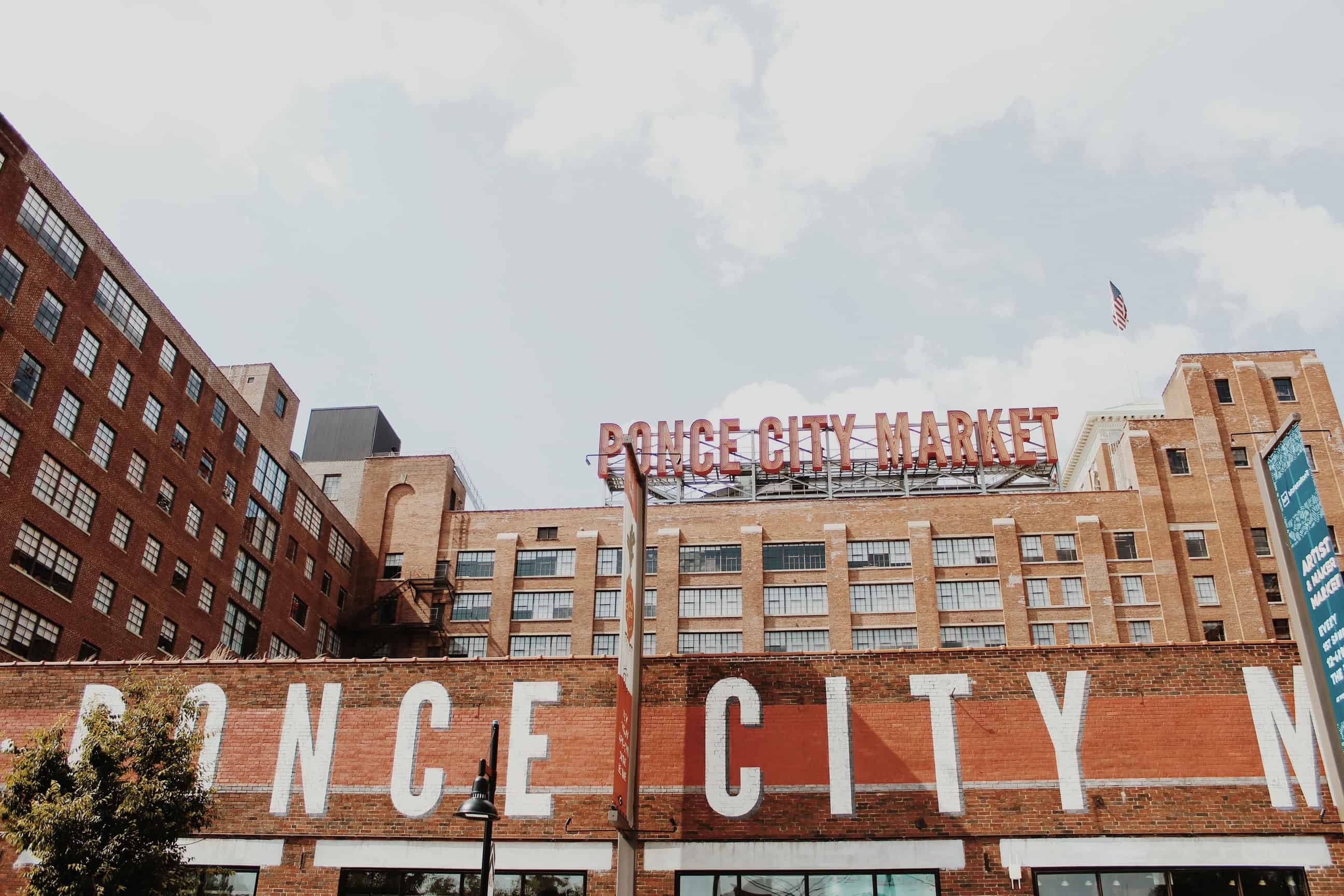 So you're thinking about moving to Atlanta. We get it. Atlanta is hot right now. Some might say that it has it all—a great music scene, an interesting history, professional sports teams, great food, craft beer, and a ton more.

But you also have a lot of questions on your mind. Where is the best place to live in Atlanta? How much does it cost to live there? What kind of pros and cons can I expect out of this decision? Moving to a new city can be overwhelming. And Atlanta's size might not help your anxiety. Atlanta has a population of just under half a million residents, and the greater Atlanta metropolitan region reaches over 4 million.

But here at Bellhops (we're movers in Atlanta, FYI), we don't like it when you're overwhelmed. Not one bit. And that's why we wrote this guide. Consider us your "cool friends." We'll show you around the city and show you our favorites.

If you are looking to move to Atlanta, AptAmigo can help you find the perfect apartment. Like Bellhop, AptAmigo is committed to stress-free moving. With concierge-level service and a deep understanding of the local rental market, AptAmigo makes finding your next apartment easier than ever. Just reach out, tell your dedicated apartment locator what you’re looking for, and they’ll do the rest. 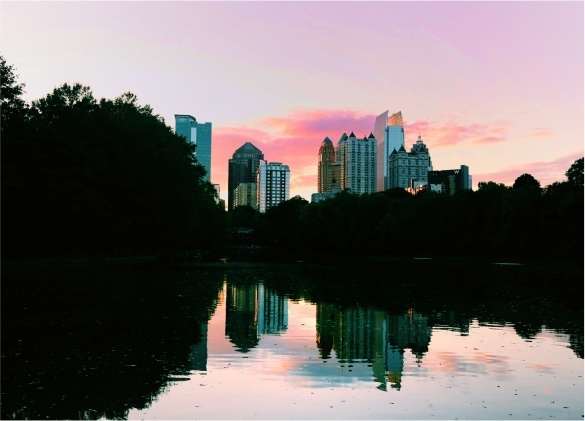 Living in Atlanta: The Basics

A Brief Overview of Atlanta

Atlanta is not only the capital of Georgia; it's the cultural and economic center of the Atlanta metropolitan area (duh). The Atlanta metro area is home to more than 5.7 million people, and it's the ninth-largest metropolitan area in the United States. The city itself is located in Fulton County, with a small portion of the city extending to DeKalb County in the east.

The city (nicknamed The Dogwood City, The Big A, Hotlanta, The ATL, and more) was founded in 1937. It also happens to be the only U.S. city to have been burned to the ground as an act of war. This, of course, occurred during the Civil War, thanks to Union Army General William Tecumseh Sherman. So there’s a reason why the city’s unofficial symbol is a phoenix.

Since then, Atlanta has become a national center of commerce and the unofficial capital of the New South. During the 1960s, it was a major organizing center of the Civil Rights Movement. In 1996, it hosted the Summer Olympics. And now, the state of Georgia has become the number one filming location in the world, thanks in large part to Atlanta. For more on the history that’s shaped the city and its people, here's a helpful article from the Atlanta Journal Constitution.

Though not quite on the same level as New York City, it still has a nice mix of diversity, according to Statistical Atlas. And it has one of the highest LGBT populations per capita, behind San Francisco and Seattle. But the city’s diversity is more than just its people.

Instead of us explaining it, we’ll let Atlanta resident Saša Hasanbegović tell you. "I moved here for the culture. Atlanta is the purveyor of the world’s music and film scenes. The food is phenomenal. My mayor is black in a black city. This is of huge importance. It’s a city that in my short time here, places a lot of emphasis on its diversity.

"There are pockets of people from all across the world, which are eager to showcase their own respective cultures. It retains the Southern charm, within all of that. It is the Mecca of civil rights and justice to this day. It also gave us Outkast."

Atlanta has a lot of Fortune 500, 100 and 1000 companies headquartered there. Delta Airlines, United Parcel Service (UPS), and Home Depot are just a few of the many well-known companies that call ATL home. The Coca-Cola Company originated in the city when the first beverage was served in downtown Atlanta in 1885. While the company is now global, they still employ more than 9,000 people in Georgia, primarily within the Atlanta Metro. CNN's studio headquarters are also just a short drive from downtown.

While Atlanta boasts low business costs, not all sectors are thriving. Retail jobs have followed the national downturn, and blue-collar positions have seen minimal growth. Don't let that discourage you, though; it is the first city to pay its city workers a $15 livable wage. And, according to Nerd Wallet, Atlanta has been ranked as number six on a list of the best cities for job seekers in 2017.

Thankfully, Atlanta is a relatively affordable place to live. The cost of living as a whole is 2% lower than the national average. For a bit more perspective on what that means, see the chart above. As you can see, it's about the same as Dallas, a little cheaper than Miami, and a LOT cheaper than New York City.

Expatistan is a great site to figure out the cost of living at a granular level. There you'll find information on rent, groceries, clothing, and pretty much everything else you could think of. Oh, and you can compare them to different other major cities around the world. To give you a brief idea of what you can expect for the cost of living in Atlanta, here are some numbers from Expatistan: 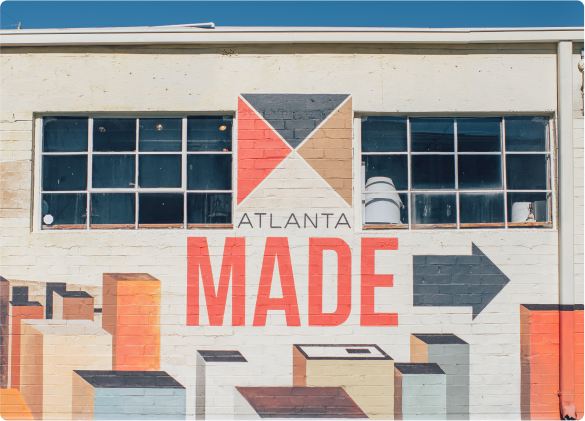 Moving to Atlanta: Pros and Cons

Advantages to living in Atlanta:

Disadvantages to living in Atlanta:

Where to Live in Atlanta: A Mini-Neighborhood Guide

Geoff Bartlett, who has lived in Atlanta for more than ten years, tells us, "Neighborhood culture in Atlanta is a major factor of life here. The city is a patchwork of areas whose borders often delineate very different cultural and aesthetic sensibilities."

And, in light of our previous discussion of the traffic, here's another piece of advice from our friend John Edmonson: "The key to happy Atlanta Metro living: live as close as you can to work. The traffic is the number one problem. It wastes time. Better to arrange your affairs so that you don’t have to deal with it on the daily."

Atlanta has a lot of neighborhoods. So we are going to limit our list to the downtown area only.

Castleberry Hill: The Last of the Warehouse Districts

First up on our list of downtown neighborhoods is Castleberry Hill. Located in the southwest corner of downtown, Castleberry Hill is one of the few surviving warehouse districts in the country. It also happens to be a growing Atlanta neighborhood known for the arts and culture. Many of the old warehouses here have been converted into lofts for housing, making for some exciting, if non-conventional, places to call home. The main boundaries are I-20, MLK Jr. Pkwy, and Northside Drive. If warehouse-turned-apartment living is your thing, check out the Atlanta Convention and Visitors Bureau website. There you'll find a thorough list of eateries, festivals, and things to do on the daily.

Next up we have Fairlie Poplar District. The Fairlie Poplar District is listed on the National Register of Historic Places. The neighborhood blossomed in the 19th and 20th centuries as a business district while Atlanta established itself as one of the major business hubs of the Southeast. Luckie Street Studios and The Balzer Theater anchor the arts and culture scene in the district and they are recognized city-wide. Beautiful architecture is also a hallmark of Fairlie Poplar. The district's crown jewel is the Flatiron building. Opened in 1897 and designated as a world heritage site in 1976, its construction predates the construction of the famous structure in NYC bearing the same name.

Midtown & Buckhead: Where the Young Professionals Are

First up, a little about Midtown. The main drag in Midtown is the Midtown Mile, a section of Peachtree Street between North Avenue and 15th Street. The mile has loads of shopping, from local boutiques to national stores, as well as several restaurants and unique, local cuisine along the way. Midtown is one of the young and hip neighborhoods, and it's been attracting young professionals since all the way back in the 1980s. The neighborhood sports many luxury high rise buildings among its walkable streets. With an average walk score of 88, Midtown is the 6th most walkable neighborhood in Atlanta. You can do almost all your errands here on foot.

Second, a little about Buckhead. The fancier older sibling of Midtown, Buckhead is another popular neighborhood for Atlanta young professionals. With a central location, a thriving nightlife, and a supremely walkable layout, Buckhead's popularity is no small wonder.

Buckhead is one of the more affluent neighborhoods in Atlanta which lends itself to the obvious pros and cons. You have some of the best amenities in the city, easy access to the Marta and beautiful properties. This also has its downsides. Real estate in Buckhead is pricey, with the average single-family home starting around $500K. Rental prices are more reasonable for young professionals but are still on the more expensive side. For young families, the public school system is solid, although, as with most affluent areas, most kids end up at one of the many local private schools. Apartment hunting can be a little tough here, so check out either rent.com or apartmentguide.com. Both are excellent apartment aggregators with impressive databases.

Once again, if you've heard much about Atlanta, then you know that the Eastside is getting hot. Here, let's talk about two prominent neighborhoods: East Atlanta Village and The Historic Old Fourth Ward District.

East Atlanta Village, located between I-20 and Moreland Avenue, has undergone significant revitalization in recent years. This has effected a major shift: what was once considered a dangerous, undesirable part of Atlanta has become one of the most sought-after. And, it doesn't hurt that the Eastside also boasts affordable housing and abundant local food options.

The Historic Old Fourth Ward District is located north of downtown, east of I-85, and split by highway 10. The neighborhood is home to beautiful old homes, a budding restaurant scene, and residents of all ages. Further east, Little Five Points is another popular neighborhood. A word of caution, though: the crime rate here is a bit higher than the other neighborhoods we previously mentioned.

The two dominant neighborhoods in west Atlanta are Atlantic Station and West Midtown.

West Midtown is known as the "design district" and is full of warehouses, lofts, art galleries, and shopping. The Westside Provision District within provides unique, minimalist architecture and some of the top restaurants in Atlanta. For example, Antico Pizza, one of our personal favorites, has a location in the neighborhood. 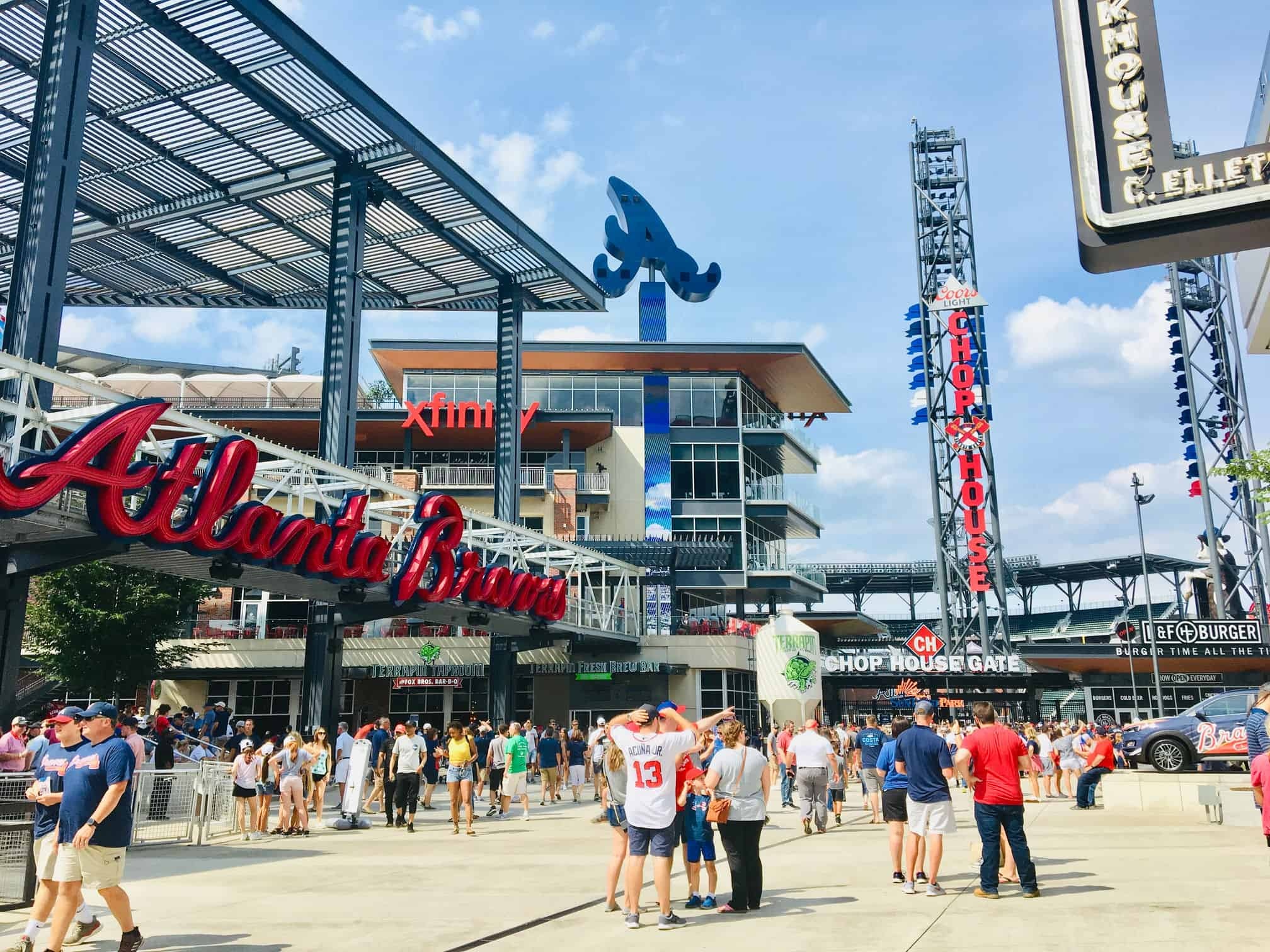 Good Luck with Your Move to Atlanta

To close, we’ll let Atlanta resident Gary Tanner try to help you make your decision easier. He commented on Facebook, "Move to Atlanta for neighborhood theaters like Dad's Garage. Small towns that still exist inside a giant metro area like downtown Decatur and Marietta Square. Move to Atlanta where you get great pho in tiny family-run joints in your neighborhood, or can get world-class cooking at Staplehouse. The biggest bummer by far is the traffic. The first step to recovery is acceptance and knowing that the longer you live here the more back roads you'll discover."

So there you have it. The Bellhop city guide to Atlanta. If you decide to take the plunge, don't hesitate to reach out to your friends at Bellhop. We coordinate local and long distance moving services in Atlanta and we would love to help.