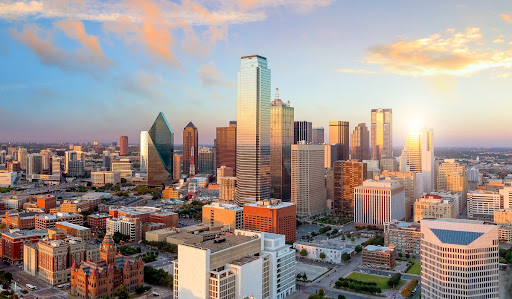 What Are the Best Schools in Dallas?

Home » Local Schools » What Are the Best Schools in Dallas?

Are you moving from out of town or perhaps locally to Dallas? Are you looking for a good school in Dallas to send your kids to? Don’t worry. We have you covered. Now, we know finding a school might not necessarily be easy. (There are 920 total schools, after all!)

That’s why we’re here to help you siphon through the options to get to the best schools in Dallas, Texas. Let’s chat about some of the public school and private school systems in the Big D.

How do you find the best schools in Dallas?

When it comes to lists of the best schools in Dallas, you’ll find tons. How do you know which school is actually right for your child, though? There are a few things to look at. Initially, you’ll need to choose whether you want to send them to a public school or private school.

If it’s a public school, your options are a little more limited, as you can generally only sign your kids up at a school in your closest district. Once you have an idea of where you want your kids to go, consider the following:

Want to learn more about the public schools and private schools in Dallas? Read on!

How are public schools in Dallas?

Recent reports show that the state of Texas ranks #27 of the 50 states for its public school system. In 2021, Texas was rated a C+ for “early foundations” and a C for elementary school. The state has an 84% average graduation rate (with some reports showing as high as 90%).

How does Dallas stack up? The graduation rate for Dallas seniors is 82.8%. That means fewer students graduate from high school in Dallas than in other parts of Texas on average. It is suggested that one area Dallas public schools could improve in is helping kids get ready for college.

Approximately 47% of students are proficient in math in the Dallas ISD School District, with 40% proficient in reading. Nonetheless, while these numbers are lower than the state average, there are still some great schools in Dallas that are worth considering for your child.

Some of these schools are in the suburbs, which usually have fewer students working with teachers, meaning that teachers can provide your child more support if and when needed.

Wondering what are the best elementary, middle, and high schools in Dallas? Take a look at some top contenders:

What private schools are in Dallas?

A few renowned private schools in Dallas are:

Here are some more private schools in Dallas to consider:

People have lots of good things to say about going to school in the Dallas suburbs. As we mentioned above, there are fewer people going to school there, which means that teachers can get to know the students better and can give more attention to things like homework reviews.

One person in Allen, Texas (a suburb of Dallas) says, “Allen Independent School District is an amazing public education system. In my time in the district, I have experienced many years of good education. The teachers are experts in their subjects and have excellently prepared me for STAAR testing, EOC’s, etc.”

So, when you’re thinking about a place to move to and send your kids to in Dallas, consider other people’s experiences. Make sure the suburban school has the classes, sports, clubs, and extracurricular activities that your child enjoys so that they get the most out of their school experience. Also, make sure the suburb is a place you want to live!

Next, you have University Park, a suburb in inner Dallas. How many people call this suburb home? That would be 25,027! This suburb’s public schools are rated an impressive A+, as is the family-friendliness.

One resident says, “Growing up in University Park was one of the best opportunities I could have asked for. The Park Cities are clean, child-friendly and organized.” They also mention, “Residents of the community send their children to school at one of the 5 elementary schools that fed into HP Middle School and HP High School. This close-knit community is full of spirit, love, and support!”

Finally, there’s Coppell. Not only is it a highly rated suburb when it comes to schools, but it’s also called the top suburb to live in if you’re thinking about moving to the Dallas area. The schools are an A+. Housing, family-friendliness, and diversity also get As. With 41,494 people living in Coppell, there are plenty of opportunities to meet people and great schools to send your kids to this upcoming school year.

What are the best school districts in Dallas?

If you’re looking for a nice school district in D-Town, consider one of these:

Coming in at “#1 best school district in Dallas” is the Highland Park Independent School District. It’s rated an A+ on nearly all accounts–from teachers to clubs and extracurricular activities. Roughly 6,648 students go to school there between PK and K-12. When it comes to math proficiency, 82% of students make that list, and just over that (83% of students) are proficient in reading.

Third on the list of the best school districts in Dallas is the Coppell Independent School District. It gets an A in every area, including teachers, college prep, diversity, health and safety, and academics. There are 13,052 students. Of those, 78% are proficient in reading and 82% in mathematics.

Moving to Dallas is one thing, and moving with kids is another. We hope our guide to the best schools in Dallas gives you some things to think about and helps with your ultimate school search. Here are a few other guides that might help with your move to the city (The 5 Best Neighborhoods for Families in Dallas, Texas, 5 Up and Coming Neighborhood in Dallas, and The 5 Best Places to Live in Dallas) Also, if at any time you need moving help in Dallas, we’ve got you back. Our moving services include long-distance moving, local moving, last-minute moving, apartment moving, and more.