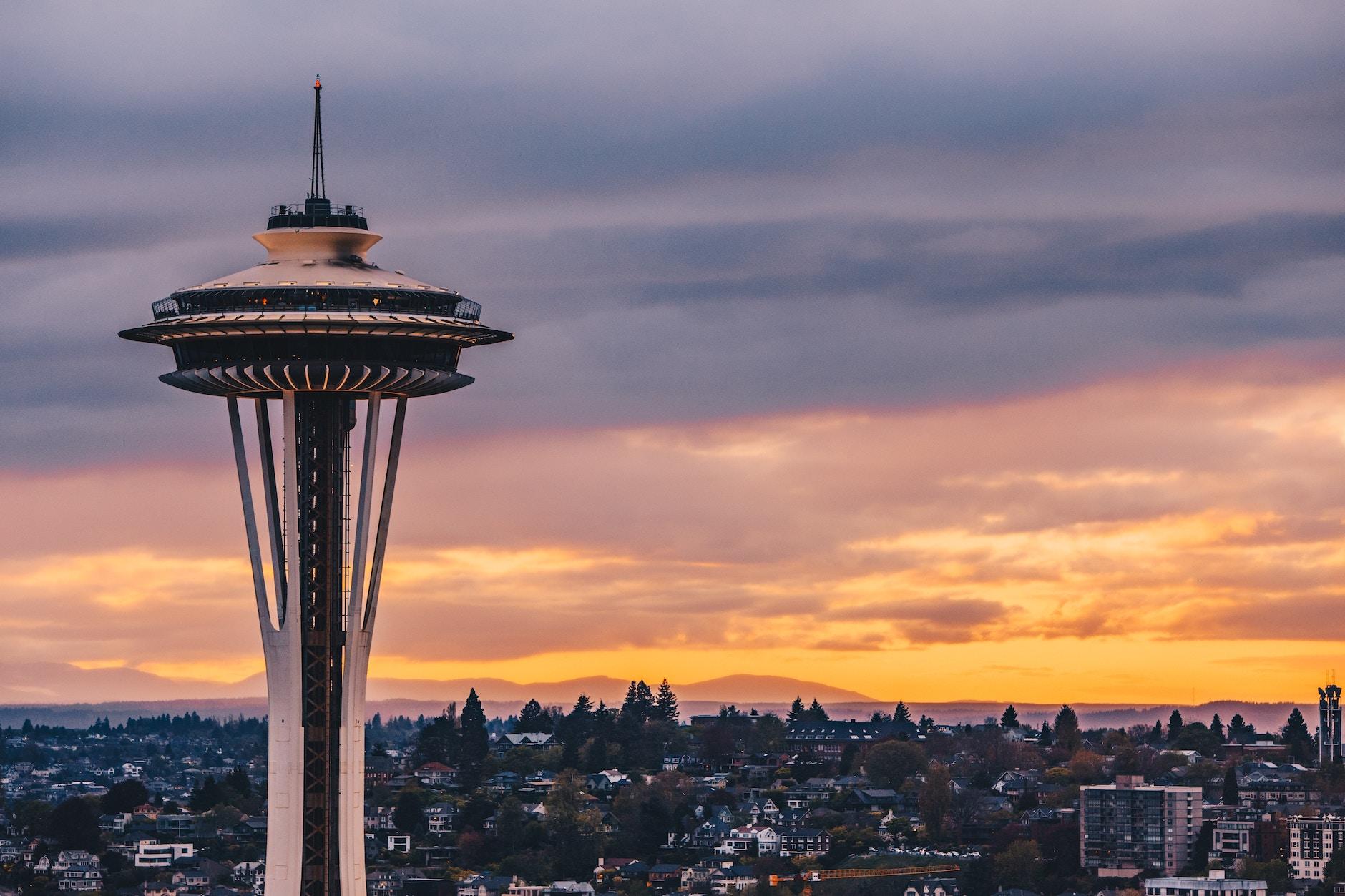 The Best Places to Live in Washington State (A 2022 Guide)

The Best Places to Live in Washington State

Washington is wild. It is untamed. Yet, with this, comes unparalleled beauty you would be hard-pressed to experience in any other U.S. state. The only state named after a U.S. president, we define Washington as being a phoenix of sorts, a lovely living breathing place that never ceases to rise again from its ashes. Washington has many beautiful places to choose from, however we’ve done the research and found the best places to live in Washington state.

Oh, and before we go any further, we’re Bellhop—Seattle movers, Bellevue movers, and movers throughout the country.

Home to five active volcanoes (Mount St. Helens, Mount Rainier, Glacier Peak, Mount Baker, and Mount Adams)… Washington State is filled with a massive titan like peaks that could explode into a fiery storm at any moment. They’re not going to, of course. Or, at least we don’t think so… considering the last major eruption in Washington took place thirty-nine years ago.

Back in 1980, Mount St. Helens erupted making history in a violent way… overnight Washington became home to the deadliest most destructive volcanic eruption in the United States, ever. It still is. On that day, the volcano spilled out 540 million tons of ash and took the lives of fifty-seven people.

Yet, despite this, Washington rose from its ashes, like it always has. If you are considering moving to Washington, we applaud you. It was the 42nd state to join the union but remains one of a kind.

In this article, we will be looking at three cities that make Washington what it is. Three cities we recommend you pack your bags and move to immediately. It is up to you, however, to decide which one to call home.

The 3 best places to live in Washington.

Before diving into some of the best places to live in Washington, we wanted to share a few towns to checkout, just in case big city life is not the life for you.

We recommend paying a visit to Chelan, if you want to sip from twenty different wineries while enjoying over 50 miles of lakefront.

But, if beer is more your jam, take a look at Leavenworth (located two hours east of Seattle), known for its Oktoberfest… who doesn’t like Oktoberfest.

And, finally, if you’re looking for something between a small town and say a larger city like Seattle, definitely consider visiting Walla Walla, Washington. Besides having just an incredibly awesome name, Walla Walla is home to 120 wineries and some of the loveliest green space in the entire state.

Now, for the big dogs.

Seattle, Washington lands first on our list of the best places to live in Washington state, because it is a city of transplants, a rainy but vibrant haven for travelers, dreamers, creatives and entrepreneurs looking for a place to call home. There is something about Seattle that grabs you by the shirt collar and pulls you in. It is enticing. It is unique, like nothing you have ever seen before. It is Seattle.

Better yet (well depending on who you ask), it is growing by leaps and bounds. Margaret O’mara, the University of Washington History Professor told the Seattle Times that like San Francisco, Seattle is a gold-rush city… that it takes off like crazy during economic booms.

And, she is right. With Amazon and Starbucks (as well as a handful of other booming tech companies) being based in Seattle, money is flowing like liquid gold through the city streets giving rise to new business, new business, and more new business after that.

In the words of Charles Dickens, “It was the worst of times, it was the best of times.” While Seattle Natives aren’t necessarily thrilled with all the changes and transplants, the city presents an exciting opportunity for young professionals looking to take the world by storm.

With that said, Seattle isn’t perfect. It is far from perfect. For one, it is cloudy. It is very cloudy. And, if you are one that struggles with seasonal affective disorder (or notice lack of sun has a massive impact on your overall mood) we would recommend you don’t touch Seattle with a ten-foot pole. Or, pick yourself up a fancy sun lamp. And, in addition to this, Seattle is wildly expensive. We are talking super expensive. Like, Los Angeles, New York City and San Francisco expensive. For an apartment, expect to pay $2,000. Yes, you, unfortunately, did read that correctly.

So, who is Seattle for?

We would say that Seattle is for the fearless and the ambitious. Unlike some of the other cities, we’ve covered in our write-ups. Seattle isn’t the friendliest of cities to newcomers. No, it doesn’t mean you’re not going to make friends, but you will definitely have to pay your dues until you’re accepted as a “native”. With that said, it really is hard to beat the opportunity present in Seattle, especially if you’re a young professional looking to make a name for yourself.

Folks in Washington like to joke that Tacoma is Seattle’s little sister. The city is little, compared to Seattle… clocking in at 213,000 residents. But, Tacoma is little in a refreshing kind of way. It’s growing, at a more modest pace and offers a more laid back culture than what can be found in Seattle.

With that said, Seattle isn’t the only place to make a name for yourself in Washington. Back in 2014, Tacoma was ranked by Forbes as being one of the top cities in the United States for young professionals.

The most obvious reason for this is that Tacoma is far more affordable than it’s “bigger sister”. At $1,200/ month for an apartment, young professionals won’t find themselves blowing every bit of their paycheck to simply get by.

Also, do yourself a favor real quick and Google ‘Tacoma, Washington’. Your jaw will drop as you look at Mount Rainier overlooking the city like a giant sleeping titan. This view, alone, is worth making the jump there.

So, who is Tacoma for?

Tacoma is for the transplant that wants to experience Washington and all of its greatness without having to fuss with the high costs (and perhaps stress) of living in a much larger city like Seattle. Not to mention, we would say that Tacoma offers an even better view of Mount Rainier than Seattle does. But, that’s just our opinion.

We will be honest. We are a bit obsessed with Spokane, Washington. It is a city so stunning that it looks like it’s on another planet. With the Spokane river sweeping through the city, scattered lakes, basalt columns and plenty of green spaces… Spokane truly lives up to its motto… “Near nature, near perfect.” One look and you’ll quickly understand why Spokane was ranked by US News as one of the best places to live.

Better yet, Spokane is just slightly larger than Tacoma, sitting right around 217,000 residents. So, it offers a small town feel that transplants grow to really appreciate.

Of the three best places to live in Washington, we would say that Spokane gives residents the best access to the state’s beautiful outdoors. The city is within an hour drive of 76 lakes, a dozen or so rivers and one of Washington’s true gems… Lake Coeur d’Alene.

Not to mention, with Spokane being home to Gonzaga University, the city has seen a pretty aggressive push in terms of startup growth with the help of StartUp Spokane.

So, who is Spokane for?

Spokane is for those looking to live in arguably one of the prettiest cities in the United States. The Spokane river knives right through Spokane and half of nearly all of the city’s downtown buildings are registered on the Historic Registry. It’s a city that feels more like a small town and in our opinion, the perfect jumping off point for folks wanting to get their toes wet in Washington.

Final thoughts on the best places to live in Washington state.

We love states like Washington because they offer so many great cities to choose from. In fact, there were so many, that we had to kick things off by giving you a list of three towns worth checking out, too.

With that said, we imagine you’re experiencing a bit of analysis paralysis right now… with all the great places to choose from, where does one call home?

If you’re looking for a big city, you have to go with Seattle. There isn’t another option. But, if you’re open to living in a slightly smaller city, you can rule out Seattle and go with Spokane or Tacoma.

Regardless of where you decide to call home, always remember, Bellhop will help you get there… and that’s a promise.

If you decide to move in or to Washington, don’t hesitate to reach out. We coordinate local and long-distance moving services in Washington, and we would love to help!