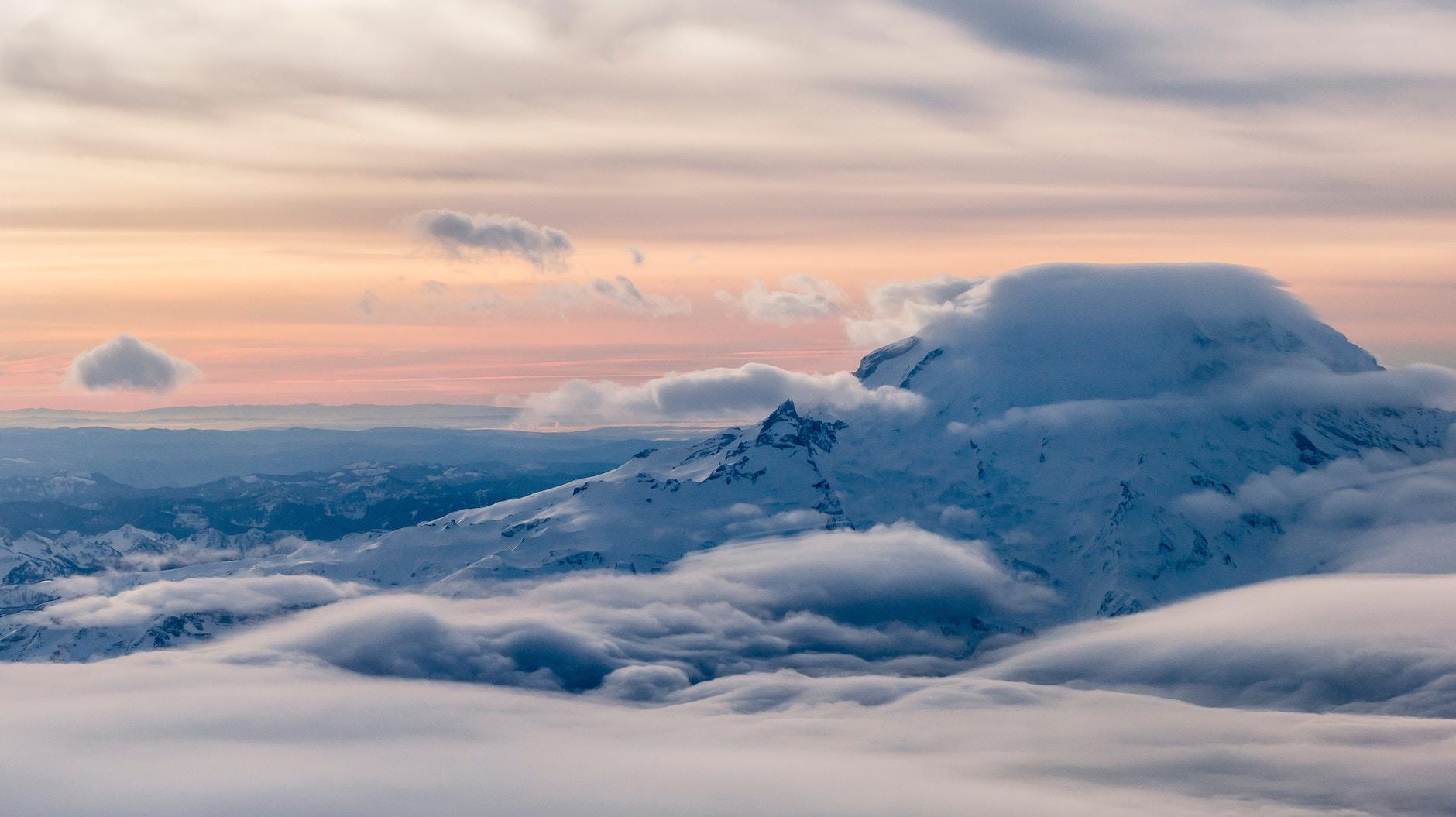 Is Moving to Washington State Right for You? A 2022 guide.

Home » State Guides » Is Moving to Washington State Right for You? A 2022 guide.

Moving to Washington? Here’s pretty much everything you need to know.

The decision to move to a new state can be challenging. You don’t have to do it alone! In this article, we’ve gathered information about the state of Washington to make your decision a little bit easier.

If you’re considering moving to Washington, you’ve come to the right place. Washington is truly a gem in the Pacific Northwest… and not just for its breathtaking natural beauty.

In this state guide, we’ll cover everything from the stunning landscape that makes Washington so lovely, the booming economy that is beginning to give the rest of the nation some Silicon Valley deja vu and a few cities that are worth considering if you decide to actually make a jump here.

Grab a cup of coffee and settle in, we’re about to give you everything you need to know about moving to the wonderful state of Washington (oh, and by way of introduction, we’re Bellhop— we can help you move all over Washington, including in Seattle, Bellevue, Auburn, Bothell, Everett, Federal Way, Kent, Renton, Tacoma, Vancouver, and movers throughout the country).

A brief overview of the state of Washington.

Before we dive into the nitty-gritty, let’s take a more macro look at the state of Washington as a whole by looking at the actual state itself. Washington has a lovely canvas.

1. Washington just might be the most beautiful state in the Pacific Northwest.

Washington state lives up to its reputation – it’s an amazingly beautiful state. Mother Nature coexists beautifully with bustling cities and there’s a fascinating mix of global corporations and small businesses, art-focused culture and outdoor adventure, and – particularly in the urban areas – a diverse and progressive population.

But it’s not all forests, gray days, incessant drizzle and the ocean though – you’ll find that landscape mostly in Western Washington. The Cascade Mountain Range knifes through the state of Washington dividing it into two parts –– Western and Eastern Washington. The most heavily populated cities, including Olympia, Seattle-Tacoma and Vancouver are on the west side of the mountain. The economy is primarily focused on technology development and services, as well as high tech manufacturing. Eastern Washington’s primary industries are agriculture and minerals.

This state guide is packed full of the things you need to know before you make a move to the wonderful state of Washington. And when you’re ready to go, we’ll be happy to help. We’re Bellhop, and our Washington state movers are passionate about reducing the stress, worry and hassles of moving to a new home.

The pros and cons of moving to Washington.

Washington, like every other state, offers wonderful things to its residents – and some not so wonderful things. We’re optimists here at Bellhop, so we’re going to kick things off with the things we love about Washington. Then, we’ll share a few not so great things you might want to consider before moving here.

The pros of moving to Washington… an ultra high quality of life and the great outdoors.

Outdoor life – if you like to hike mountains, explore forests, fish, surf, kayak, canoe, paddle board, swim, ski and otherwise run amok in nature, you are going to love Washington.

Coffee – the state, particularly the city of Seattle, is known for its independent, small-batch coffee roasters. People expect excellence in their mugs, and there are numerous coffee houses that deliver the optimum caffeine experience.

Summer – while the rest of the country melts into sweaty little pools of humidity-induced delirium, or roasts in unceasing heat, people in the western part of Washington state are living their best lives.

Drawbacks to moving to Washington

Roads – Whoever designed the roadways in the western part of the state (Seattle-Tacoma, we’re looking at you) seems to have a grudge against drivers. Signs are hard to spot, lanes are cramped, on-ramps have stop signs, left lanes morph into exit ramps … it’s all just so very whimsical.

Attitude – We hate to slap the whole state with what is somewhat of a stereotype, but there is a pervasive passive-aggressive attitude in some of the bigger cities. Nothing wrong with politely letting people know you are aggravating them, but it can be maddening for folks moving here from more straightforward states.

Volcanoes – Washington is one of the 12 U.S. states with active volcanoes. The best known of the bunch is Mount St. Helens, which is part of the Pacific Ring of Fire. It’s 1980 eruption caused 57 deaths and destroyed 250 homes, as well as numerous roads, bridges and railways.  It’s the volcano most likely to erupt of the five active volcanoes in the state, but you’ll learn to keep a wary eye on all of them when you move here. A white wisp over Mount Rainier in September 2022 sent locals into a (justified!) frenzy, thankfully it turned out to be just a cloud formation.

We’re living in strange economic times. Good news can actually be bad, and bad news can be a sign that things may start to improve fairly soon. For example, a recent report in The Seattle Times pointed out that in the summer of 2022 “more companies posted job openings in Washington state than almost anywhere else in the U.S. … indicating inflation is likely to persist as labor shortages continue.” Yay, and oh no.

Data from the Bureau of Labor Statistics reinforces the fact that Washington state’s urban areas are experiencing a tight labor market. Technology and manufacturing firms led the way with hiring, while there is a bit of a rebound in leisure and hospitality industries too. Currently the state’s unemployment rate is at an all-time low. Inflation and the threat of a recession is creating uncertainly here, as it is across the country.

Seattle is home to approximately 60 percent of Washington’s residents, and it’s still growing fast. A lot of people initially come here for job opportunities, get seduced by the city’s beauty, and never leave. And no, it doesn’t rain all the time. You’ll stay drier here than you will in Manhattan or Miami. That said, the skies tend to be gray from October through May. The city’s culture centers on nature and its music scene, and is the very definition of laid-back, housing costs here are double (median: $736,721) the average for much of the U.S. You’ll mostly find young professionals here, families with kids tend to gravitate to smaller nearby towns and suburbs for space and cost reasons.

Tacoma is nicknamed the “City of Destiny”, and is Seattle’s next door neighbor. It’s noticeably less expensive, less crowded, less crazy than Seattle, and it has a much better view of Mount Rainier too. It’s a great place to do business and was ranked by Forbes for being one of the top cities in the United States for young professionals. The arts scene is especially lively – head over the 6th Avenue Art District to start your explorations. America’s third-largest Independence Day celebration happens here, and there’s also Taste of Tacoma, Ethnic Fest, Tacoma Pride and the Tacoma Film Festival to enjoy.

Spokane – in a state that is exceptionally gorgeous, Spokane stands out as one of Washington’s prettiest cities. A river runs right through downtown, and the city lives up to its motto: “Near Nature, Near Perfect.” It’s a peaceful place, with the benefits of big city pleasures like a lively food, entertainment and arts scene. Natural wonder abounds here, plus you’re less than an hour’s drive away from 76 lakes, a dozen or so rivers and one of Washington’s true gems… Lake Coeur d’Alene. Cost of living is below the national average, and the city is a great place for young professionals, families and retirees.

Duvall is a suburb of Seattle, and is home to people with some of the highest incomes in the state, but the median price of housing here is relatively low. It’s got a bit of a rural feel, and boasts excellent schools and parks. Beyond that, the city’s devotion to festivals is a big draw for many. During the summer there’s the Duvall Days celebration, weekly concerts in McCormick Park, and the annual Sandblast Festival of the Arts.

Mercer Island sits in the middle of Lake Washington between Seattle and Bellevue, and is a little slice of heaven that comes at a hellish price tag. The cost of living here is nearly three times as high as the Washington average, but the schools are great, the beaches are outstanding, and the amenities are fantastic. If you can afford it, it’s a wonderful place for families and retirees.

Sammamish is perfect for families, with excellent schools, scenery and safety. The median price for a home is $878,000, which is very affordable for the folks who live here – they have the highest median household income in Washington at $181,464 annually. Despite the rather-exciting cost of living here, the city’s population is growing at a remarkable rate – about 5% annually – and has a solid economy with well-paying jobs. Seattle is a 15 minute drive (or 50 minutes on public transportation) away.

Redmond is a Seattle suburb on the northern shore of Lake Sammamish. It’s home to well-known tech companies like Microsoft and Nintendo of America, and the residents tend to be young – the median age is 34 – and well paid with the average income slightly over $79,890. Median home price is $1,285,945 and rising fast. Like much of the state, nature is the big draw here, along with brew pubs, coffee shops, casual dining and a vibrant arts and music scene.

If you love the great outdoors and aspire to make a name for yourself in the tech space (or at the very least build a strong career), Washington is a pretty obvious choice. Yes, it certainly has some drawbacks – the cost of living is pretty painful. But, we think the opportunities waiting there, and the absolute beauty of the state, might be worth the price you pay for calling Washington home.

We’ll let you decide that though. At Bellhop, our job is to help make your move to Washington state easy and inexpensive, whether you’re living on the other side of the country or are making a local move. Get in touch, we look forward to hearing from you!