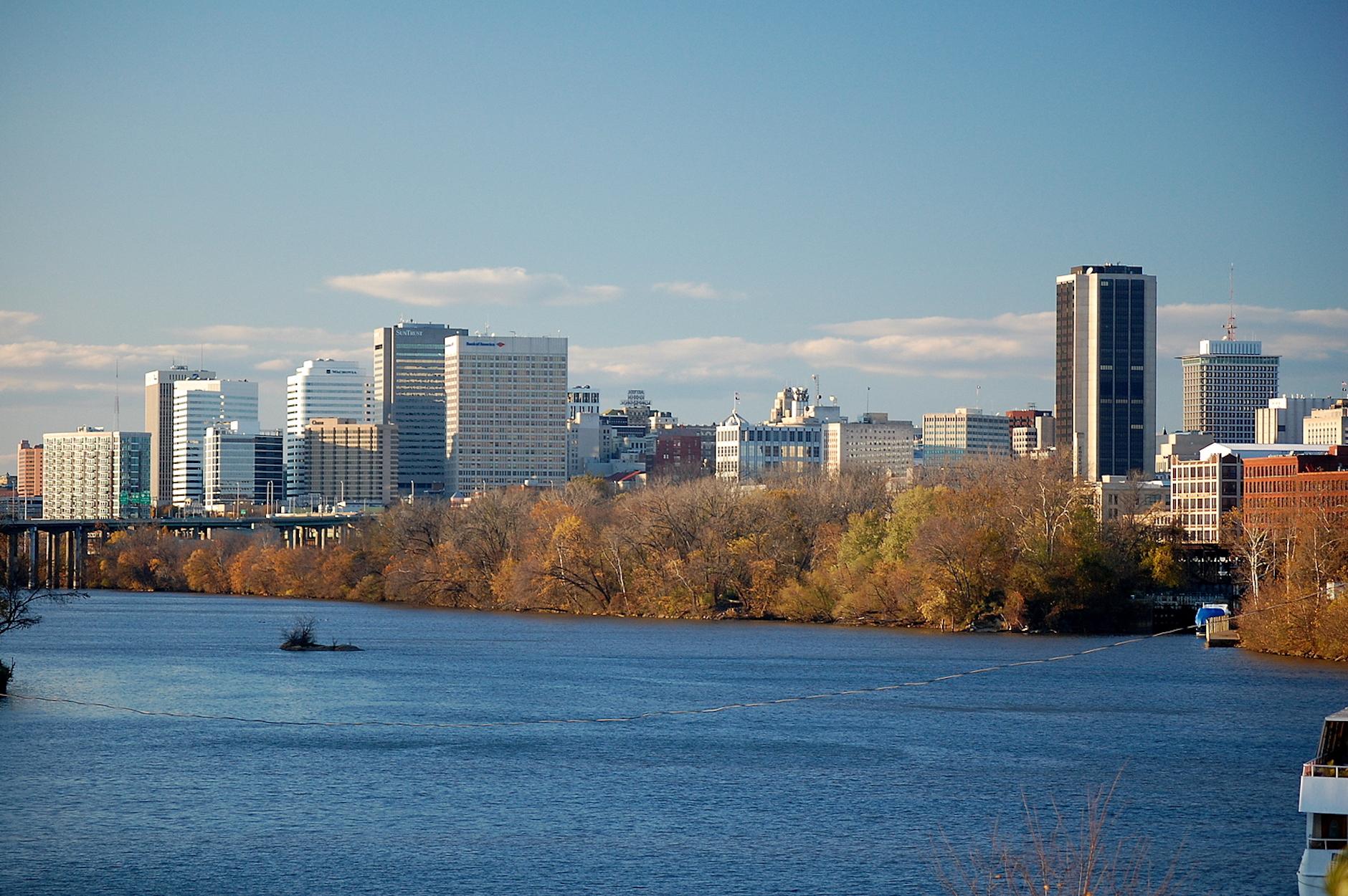 The Best Neighborhoods for Families in Richmond, VA (2022)

Best Neighborhoods for Families in Richmond

Moving to a new city is always challenging. And a large part of that challenge is looking for a place to live, especially when you have a family. There are so many things to consider when weighing your options. House styles and sizes, neighborhood safety, quality of schools, and the convenience of location are all things to consider.

It can be quite overwhelming. That’s why we’ve done the research for you, so you don’t have to (oh, and by way of introduction, we’re Bellhop —Richmond movers and movers throughout the country). Looking to move to a suburb outside Richmond? Try out Midlothian

If you’ve seen our Richmond City Guide, you’ve noticed the brief neighborhood section listing a few of our favorite Richmond neighborhoods. This list is a more in-depth neighborhood guide.

A Little About Raising Families in Richmond

It’s cool. No big deal. Whatever…Richmond was named to Parents Magazine’s top ten cities for families in 2014. That’s good news for families who are moving to Richmond. This town is a river town, which means plenty of fun boating, kayaking, and other water-related recreational activities along the James River Park System. Richmond also has plenty of museums and kid-friendly attractions to keep families busy on the weekends and during the summer. And there are lots of walkable neighborhoods with neighborhood parks. But which ones are the best?

We’ve got opinions. And we’re sharing them right now…

Bon Air is in Chesterfield County and was first developed in the late 1800s as a resort community for Richmond residents, a place to get away from it all. Now, Bon Air is a recognized historic district and is a popular area for families looking for their first homes. It’s got a small-town feel, where there are tree-lined streets and walkable neighborhoods. The crime rate is low there because of Bon Air residents’ commitments to the community.

Because Bon Air is close to Chesterfield and Richmond, residents can easily enjoy the amenities each of those cities have to offer. But there are plenty of locally-owned shops and restaurants in Bon Air as well, such as Joe’s Inn at Bon Air, Luther Burger, and The Treasury, a popular antique store.

There are still many of the Victorian homes from the 19th and early 20th century. Homes in Bon Air tend to sell quickly. One of the reasons is because housing is so affordable, with the average home price just over $200,000.

You’ll become a fan of The Fan neighborhood (yeah, we’re pretty sure everyone has used that joke at some point). Filled with late 19th and early 20th century homes, The Fan has tree-lined streets perfect for kids to ride their bikes along, waving to neighbors sitting on their front porches. If you’re wondering about the name, it comes from the way the streets are shaped, which are laid out in a fan design. The Fan is west of downtown and has an eclectic mix of residents, from students attending nearby VCU to professionals and young families.

What’s Happening in The Fan

The Fan has around 80 restaurants and cafes, so finding a place to eat that’ll satisfy the whole family shouldn’t be a problem. And there are plenty of places for the kids to play including Paradise Park and Lombardy Park, both with playgrounds.

Schools in The Fan

Families who reside in The Fan district have several school options. Because the area is within Richmond city limits, public schools are part of the Richmond Public School System. Public schools in the area are Fox Elementary, Albert Hill Middle, Binford Middle, and Thomas Jefferson High. There are also a number of private schools around including Benedictine High School, New Community, and Trinity Episcopal, just to name a few.

Homes in The Fan

There are various architectural styles in The Fan District including Queen Anne, Colonial Revival, Bungalow and American Foursquare.

In 2015, this historic neighborhood was the runner up in Richmond Magazine’s Best Family-Friendly Neighborhood list. Church Hill North began as a neighborhood of middle-class merchants and tradesmen at the beginning of the 20th century. As the years passed, the area saw many highs and lows. In the 1960s and ‘70s the city introduced urban renewal, demolishing many of the older homes in the area, including that of Shed Town, a neighboring community.

Residents of Church Hill began leaving, and in the 1980s, the Historic Richmond Foundation swept in and bought more than 30 historic properties there. Since then, more than 200 houses have been restored in Church Hill North, mostly by white and African-American first-time home buyers. The Church Hill North Historic District was listed on the National Register of Historic Places in 1997. Once again, parts of this community are in transition, with older homes being rehabilitated and new construction going up, as well as new businesses like the East End Grocery Store and the J. Sergeant Culinary Institute.

There are a number of businesses around this area. Sub Rosa Bakery is a popular destination for bread, pastries, and coffee. Historic Libby Hill Park is a great place to gaze at the beautiful scenery and for a family walk. The neighborhood association offers residents family-friendly events throughout the year including a fall festival and an Irish festival. Also, there are four parks in the area for kids and two dog parks.

There are seven schools that serve the Church Hill North area including Bellevue Elementary School, Chimborazo Elementary and Central Montessori School of Virginia.

With a mix of historic and new homes, Church Hill North’s architectural styles range from brick and stone Colonial Revival to Greek Revival, with newly-built row homes. Prices range from as low as $40,000 to the upper $500s, while rent ranges from a really affordable $695 to $1,400 per month.

With a mix of young professionals, long-time residents and families, the Museum District is an attractive alternative to The Fan, as it’s a bit cheaper in price but with similar historic home styles. Also, it’s close to tons of museums, duh! The Museum District is really walkable and on average, is about a five-minute walk from restaurants and shopping.

What’s Happening in The Museum District

So, about those museums. This neighborhood is close to the Science Museum of Virginia and the Children’s Museum of Richmond. There’s also the Virginia Museum of Fine Arts, which offers around 100 art classes for kids.

Schools in The Museum District

There are so many schools within the area, with three elementary, three middle and five high schools. Some of them are John P. Cary Elementary, Lynnhaven Academy and Open High School.

Homes in The Museum District

Like The Fan, this neighborhood has a lot of late 18th and early 19th century homes. But the prices are less expensive. See for yourself.

A very family-friendly neighborhood, Bellevue is in Richmond’s Northside. It boasts beautiful historic homes and tree-lined streets. Bellevue has a suburban feel but is only ten minutes from downtown. And it’s got a compact commercial district that has some terrific eateries and cute shops. It also has a strong neighborhood association.

Bellevue is near two great parks. Bryan Park is a 262-acre park with hiking and biking trails. The Lewis Ginter Botanical Garden hosts a number of popular events such as a New Year’s Eve Family Frolic. And during the holiday season, the garden is lit up aglow with lights galore. It also has a children’s garden where kids can dig in the dirt and climb into a treehouse.

There are three elementary and middle schools. One of the best schools is Linwood Holton Elementary School. The public schools in the area are part of Richmond Public Schools, though schools part of Henrico County Public Schools are close by.

A mix of residential and retail line the streets of Bellevue. The house styles are diverse, and the average price is around  $289,00.

Neighborhoods are about location and lifestyle, to be sure. But more importantly, they are about the people who live in them. These neighborhoods offer a variety of lifestyles to meet most anyone’s needs. We hope this guide helps you make the right choice to fit your lifestyle.

There you have it: The Best Neighborhoods for Families in Richmond

If you decide to move in or to Richmond, don’t hesitate to reach out. We coordinate local and long-distance moving services in Richmond and other nearby cities like Washington DC, and we would love to help!