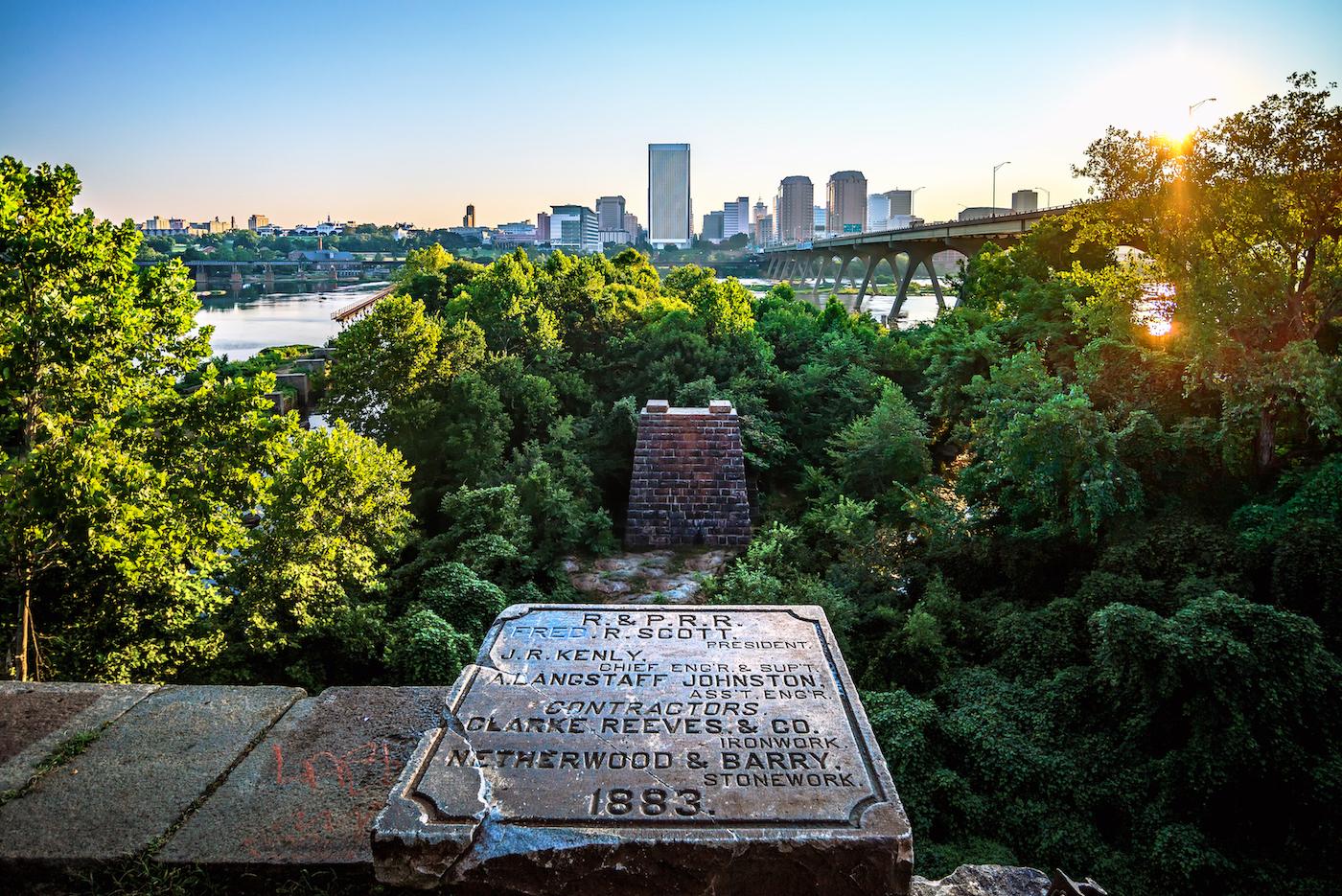 The Best Neighborhoods in Richmond, VA (A 2022 Guide)

The Best Neighborhoods in Richmond

It can be intimidating to move to a new city, especially if you’re unfamiliar with what it has to offer.

Don’t worry, we got you! In this article, you’ll find everything you need to know about the city of Richmond, before you call it home.

We’ve done the research for you, so you don’t have to (oh, and by way of introduction, we’re Bellhop—Richmond movers and movers throughout the country).

You’ve most likely seen the neighborhood section in our Richmond City Guide. This list is a more in-depth guide examining what it’s like living in each of these areas.

A Little About Richmond

Richmond, Virginia is the capital city of the Commonwealth of Virginia. It’s the fifth largest city in the state and is divided into five distinct districts – Downtown, East End, North Side, Southside and West End. Each of these districts has several neighborhoods. We’ll look at what we consider are the best ones based on popularity, amenities, location and well, whether or not we like the vibe. We’ll also consider suburbs of the area, places like Bon Air, Lakeside and Midlothian.

If you’re new to town, it can be hard to figure out your way around Richmond. Whether you’re better off living in the city’s thriving center, or in a cozier out-of-the-way neighborhood, it really depends on preference.

But the neighborhoods listed here offer something for everyone, from students and creatives to young professionals and growing families. And all of them have unique attractions and a tremendous amount of charm. One of them is sure to be perfect for you.

Scott’s Addition sounds like a band, or maybe a TV sitcom. But it’s actually one of Richmond’s fastest-growing neighborhoods. The word “addition” refers to an addition to the city grid, as in, land that was formerly owned by Major General Winfield Scott, a hero of the War of 1812 and the Mexican War, that was annexed to the city of Richmond. Now, this historic district is known for its vast abundance of breweries, cideries, meaderies, and distilleries. It also provides convenient access to Interstates  64, 95, 195 and the Powhite Parkway. Though Scott’s Addition is home to a diverse mix of businesses including film studios, marketing companies advertising groups and architectural firms, there are a number of historic houses and apartments with a thriving neighborhood association led by residents and business owners who work to preserve the history of the area while making sure its got a strong future.

We like craft beer. You most likely like craft beer, too. It’s what’s trendy right now. Scott’s Addition is the place to experience Richmond’s flourishing craft beer scene, where you can check out popular brew houses such as Three Notch’d Brewing, Vasen Brewing, and Ardent Craft Ales. And if you love retro arcades, drink a beer at The Circuit Arcade Bar, while playing some video games. For some delicious food, try Buz & Ned’s Real BBQ and Boulevard Burger & Brew.

Apartments and condos are springing up in a lot of the old industrial buildings around Scott’s Addition. The average home value in the area is $217,000 and the average rent is around $1,130. It’s difficult to find any stand-alone houses for sale in this area, though there are some row homes and condos.

Located in Henrico Country, Lakeside is a great place for families. A suburb of Richmond located north of the city, Lakeside is named after an actual body of water, though that lake is now found at the Jefferson Lakeside Country Club, so it’s a little misleading. Bordered by Joseph Bryan Park and the Lewis Ginter Botanical Gardens, this neighborhood has tree-lined streets and offers plenty of chances to commune with nature, even though the city center is only minutes away by car.

We mentioned the Lewis Ginter Botanical Garden, which is a popular destination in Lakeside, there’s also places like Roy’s Big Burger, which locals say is one of the best burgers around. There are also antique shops and Lakeside also has a magic store, though we’re not sure if you can buy any wands there. If you like beer (and really, who doesn’t) stop by Final Gravity for a refreshing beverage.

The single-family homes, many complete with big lawns and garages, are surprisingly affordable. The average home in Lakeside is $173,100, and the average rent is $1,014.

Manchester was founded in the 18th century as a separate city, but it merged with Richmond in 1910. It’s located south of the James River and, as writer and resident Leah Small notes in her article about why she loves this area, Manchester is “urban convenience and outdoorsy fun.” If you’re looking for a bike-friendly place to live, Manchester is well on its way to becoming one.

Because Manchester is close to the James River, there are plenty of things to do outdoors. Ancarrow’s Landing has large-boat access to the river. Belle Island and Brown’s Island are fun to explore, which you can reach from the neighborhood. As a recent hub for young artists and new entrepreneurs, Manchester’s Plant Zero Art Center and Cafe inspired a number of galleries and art spaces such as, well, Artspace, Brewer’s Cafe and Dogtown Dance Theatre.

Manchester has a mix of single-family homes and apartments. Though it’s a historic neighborhood, there are a number of more modern-style housing projects happening there. The average home value in Manchester is around $159,482, and the average rent is around $937.

Short Pump is such a funny name. But there’s a reason behind the curious name, and it has to do with an old tavern during the Revolutionary War.  It used to be a rural town, but got swallowed up by the ever-expanding city of Richmond. Now, it’s an affluent suburb that is home to some of Richmond’s most significant corporate employers, such as Capital One.

Short Pump has plenty for residents to do there, with shopping and dining options at  West Broad Village,  along with a Trader Joe’s and Whole Foods. There are also

Short work commutes are only the beginning. There’s also the popular Short Pump Town Center, an open-air mall with upscale department stores and boutiques. If you’ve got kids, there’s a Bowl America and a SkateNation Plus, that’ll keep you and your kids going for hours.

Short Pump has a variety of older and modern single-family homes, apartments and townhomes. The average home value is around $398,000 while the average rent is around $1,300.

Chimborazo is the coolest neighborhood name we’ve run across so far in Richmond. But don’t move here just because of the name. Move here because of its rich history; it’s scenic view of the James River, and the historic architecture of yesteryear when the neighborhood established at the beginning of the 20th century. Speaking of history, Chimborazo is part of the Oakwood-Chimborazo Historic District, which encompasses these three Richmond east-end neighborhoods. This district has Civil War ties and used to have an electric trolley line running through it. Seriously, check out all of the historic renovations going on in Chimborazo.

Take the family and explore Libby Hill Park and visit the Chimborazo Medical Museum, which commemorates the park’s history as a Civil War military hospital. If you’re a foodie, you’ll Broad Street, which as a variety of restaurants and coffee shops, such as The Hill Cafe, Captain Buzzy’s Beanery and Anthony’s On the Hill.

A mostly residential neighborhood with single-family homes, Chimborazo has a large collection of late 19th and early to mid-20th-century brick homes ranging from Late Victorian to Queen Anne and Colonial Revival. Homes go anywhere from $100,000 to $715,000. Not a lot of garages for parking cars, as is the case in a lot of historic neighborhoods, but there is street parking.

There you have it: the top neighborhoods in Richmond, VA

Neighborhoods are about location and lifestyle, to be sure. But more importantly, they are about the people who live in them. These downtown neighborhoods are culturally rich and offer a range of diverse lifestyles that have helped make Richmond one of the most culturally diverse cities in the U.S. We hope this guide helps in your decision-making process.