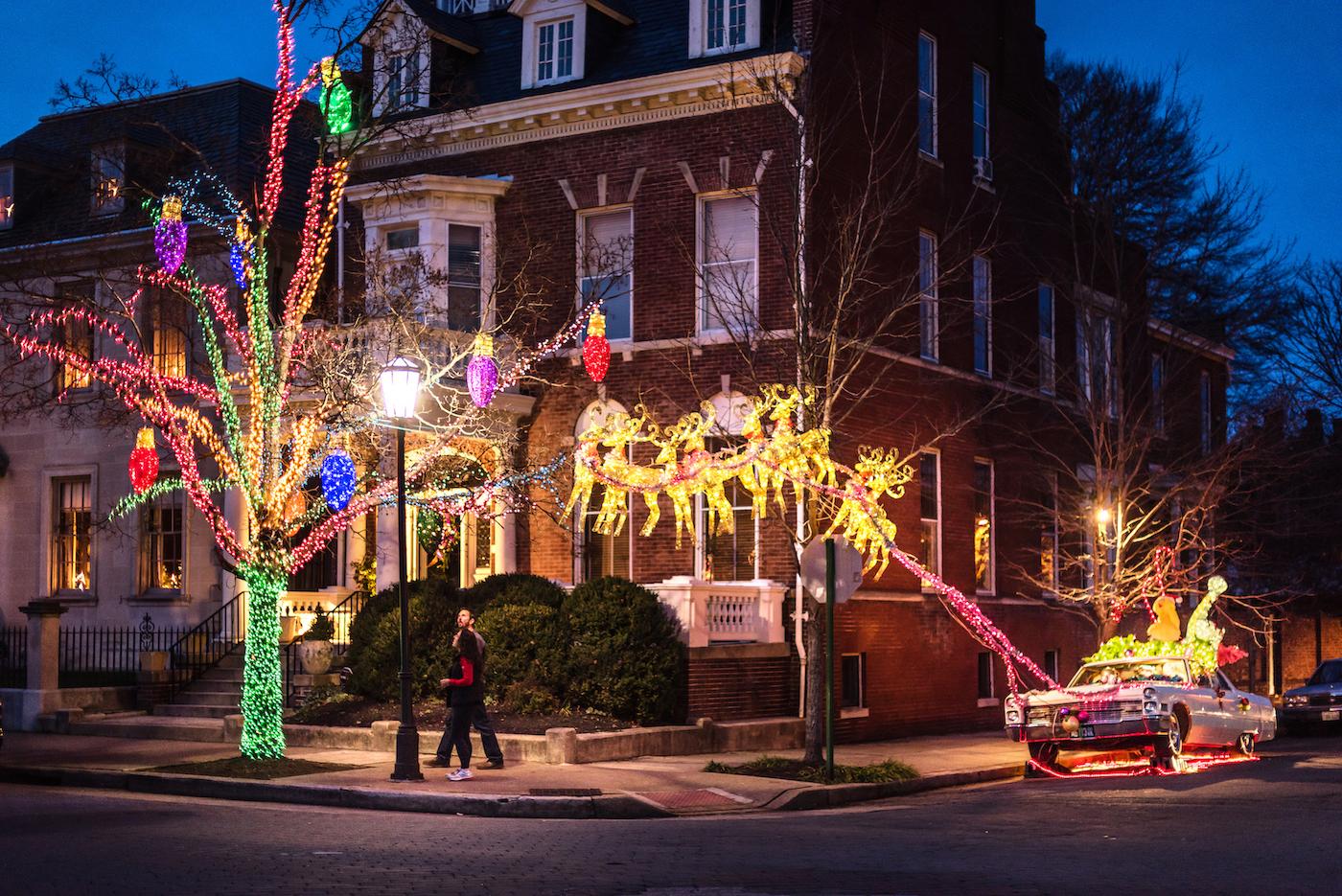 Moving to a new city is always challenging. And a large part of that challenge is looking for a place to live, especially when you have a family. There are so many things to consider when weighing your options. House styles and sizes, neighborhood safety, quality of schools, and the convenience of location are all things to consider. It can be quite overwhelming. That’s why we’ve researched the best suburbs in Richmond for you, so you don’t have to (oh, and by way of introduction, we’re Bellhop—Richmond movers and movers throughout the country).

You’ve most likely seen the neighborhood section in our Richmond City Guide. This list is a more in-depth neighborhood guides These provide links to helpful resources and suggestions for nearby activities, grocery stores, venues and restaurants, and more. 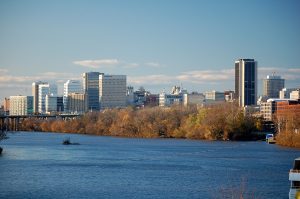 A Little About the Metro Richmond Area

The Metro Richmond area consists of the City of Richmond, Henrico County, Chesterfield, and Hanover County. The area is connected by Interstates 95, 64 and 295.

Here’s how the counties in this region are laid out around Richmond. Henrico forms the northern border of Richmond and surrounds the city along the James River’s north banks. Chesterfield is south of the James River along Richmond’s southern border and is the most populated county in the region. Hanover County borders Henrico County to the north. And Hanover is west of Richmond and is the most rural out of all of these counties.

Richmond has a number of suburbs in these counties, and we’ve chosen our top picks we think you’ll love. Living in the city can be fun. But if you’ve got a family or are an empty-nester, sometimes it’s nice to live a bit further out from the excitement of the city, where things move at a slower pace. If you’re moving to Richmond and crave the suburb life, then this guide is for you.

Bon Air is in Chesterfield County and was first developed in the late 1800s as a resort community for Richmond residents. It was a place to get away from it all. Now, Bon Air is a recognized historic district and is a popular area for families looking for their first homes. It’s got a small-town feel, where there are tree-lined streets and walkable neighborhoods. The crime rate is low there because of residents’ commitment to the community.

Because Bon Air is close to Richmond, residents can enjoy the benefits of the city without having to live there. But there are plenty of locally-owned shops and restaurants in Bon Air as well, such as Joe’s Inn at Bon Air, Luther Burger, and The Treasury, a popular antique store.

There are still many of the Victorian homes from the 19th and early 20th century. Homes in Bon Air tend to sell quickly. One of the reasons is because housing is so affordable, with the average home price just over $200,000.

Wyndham is a master-planned community consisting of 42 neighborhoods in Glen Allen, Virginia, about 20 minutes from Richmond. It was established in 1990 and received the “Community Association of the Year” award in 2012. Wyndham was also recognized in 1997 as the “Community Association of the Year,” and several times by Richmond Magazine in its “Best Of” issue for Most Kid-Friendly Suburban Community. If you’re not a big fan of master-planned communities, this place might not be for you. But if you like them, Wyndham is one of the best ones in the area.

Wyndham has a private country club, and golf course for residents called The Dominion Club. This community is near many religious facilities, excellent schools, and shopping like West Broad Village, Short Pump Village, and Short Pump Town Center.

There are 1600 single-family homes, townhomes and condos of varying styles.

West of Richmond in Chesterfield County is Midlothian. This suburb with the cool name that sounds like an alien race used to be a coal-mining town known as the Village of Midlothian in the 1700s. Now, it’s one of Richmond’s most popular suburbs. Despite its growth, Midlothian’s residents have managed to maintain its small-town charm. It’s no wonder CNBC, Time Magazine and Money all listed Midlothian as one of the best places to live in the country.

Midlothian has easy access to major highways so commutes to Richmond are convenient. Because the area has experienced a lot of growth, there are plenty of shops, restaurants, locally-owned shops and neighborhood parks residents can enjoy. If you’ve got kids, you can take them to Huguenot Park, which has sports fields, trails to hike, a playground, and tennis and basketball courts. The Brick House Diner is a great place to grab a bite to eat, and Sedona Taphouse is a sports bar that serves a variety of craft beer.

Schools in Midlothian consistently rank among the best in the state. Cosby High School, Bettie Weaver Elementary and Tomahawk Creek Middle are among the most popular.

House prices are rising in Midlothian, with the average price going for around $290,000. But it’s still more affordable than many other communities in the area. But hurry because Midlothian is quickly growing in popularity.

Located in Henrico Country, Lakeside is a great place for families. A suburb of Richmond located north of the city, Lakeside is named after an actual body of water, though that lake is now found at the Jefferson Lakeside Country Club, so it’s a little misleading. Bordered by Joseph Bryan Park and the Lewis Ginter Botanical Gardens, this neighborhood has tree-lined streets and offers plenty of chances to commune with nature, even though the city center is only minutes away by car.

We mentioned the Lewis Ginter Botanical Garden, which is a popular destination in Lakeside. But there’s also places like Roy’s Big Burger, which locals say is one of the best burgers around. There are also antique shops. And Lakeside also has a magic store, though we’re not sure if you can buy any wands there. If you like beer (and really, who doesn’t?) stop by Final Gravity for a refreshing beverage.

The single-family homes, many complete with big lawns and garages, are surprisingly affordable. The average home in Lakeside is $173,100, and the average rent is $1,014.

Ginter Park is listed on the National Register of Historic Places because it was Richmond’s first streetcar suburb. Located in North Richmond, this community feels like a separate town from the rest of the city. Filled with older homes and large, old trees, it’s a great compromise for people who love the quietness of the suburbs but want easy access to downtown. Ginter Park is also close to I-64, I-95, and Powhite Parkway. The Ginter Park Residents Association is actively working in the best interests of the community and always looking for new members.

Ginter Park is less than three miles from Richmond’s Fan District, where you can find the Byrd Theatre, Virginia Museum of Fine Arts and The New York Deli, Richmond’s oldest restaurant. There’s also excellent dining and shopping in Carytown, just five miles away. And the Museum District is four miles away, which we don’t feel the need to explain. There’s also Bryan Park, where you can hike trails, go birding (you enjoy birding, right?), and play disc golf. It also has a lake.

Community High School and Linwood Holton Elementary School are among some of the schools’ residents send their children to in the area.

Many of the historic homes that were built in the late 1800s and early 1900s are still in Ginter Park and have been restored to their full glory. The average home price is around $278,000.

There you have it: The Best Suburbs in Richmond!

We hope our guide to the best suburbs in Richmond was helpful. If you decide to move to Richmond or another nearby city like Washington DC, don’t hesitate to reach out. Need to move quickly? We also provide last minute moving services in Richmond!

Good luck with your move to the Richmond suburbs!