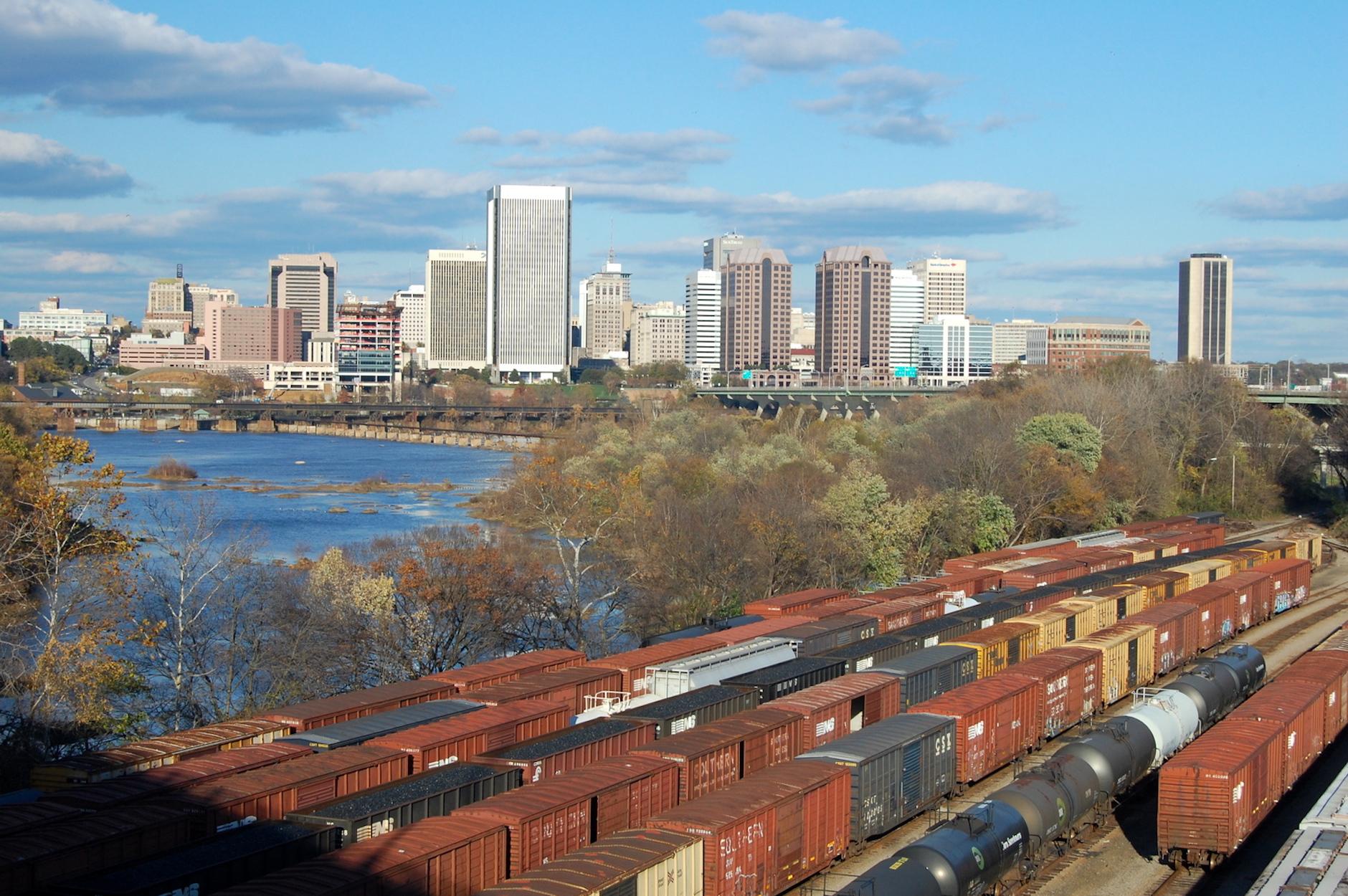 Moving to a new city is always challenging. And a large part of that challenge is looking for a place to live, especially when you have a family. There are so many things to consider when weighing your options. House styles and sizes, neighborhood safety, quality of schools, and the convenience of location are all things to consider. It can be quite overwhelming. That’s why we’ve researched the best up and coming neighborhoods in Richmond for you, so you don’t have to (oh, and by way of introduction, we’re Bellhop—Richmond movers and movers throughout the country).

You’ve most likely seen the neighborhood section in our Richmond City Guide. This list is a more in-depth guide examining what it’s like living in each of these areas. 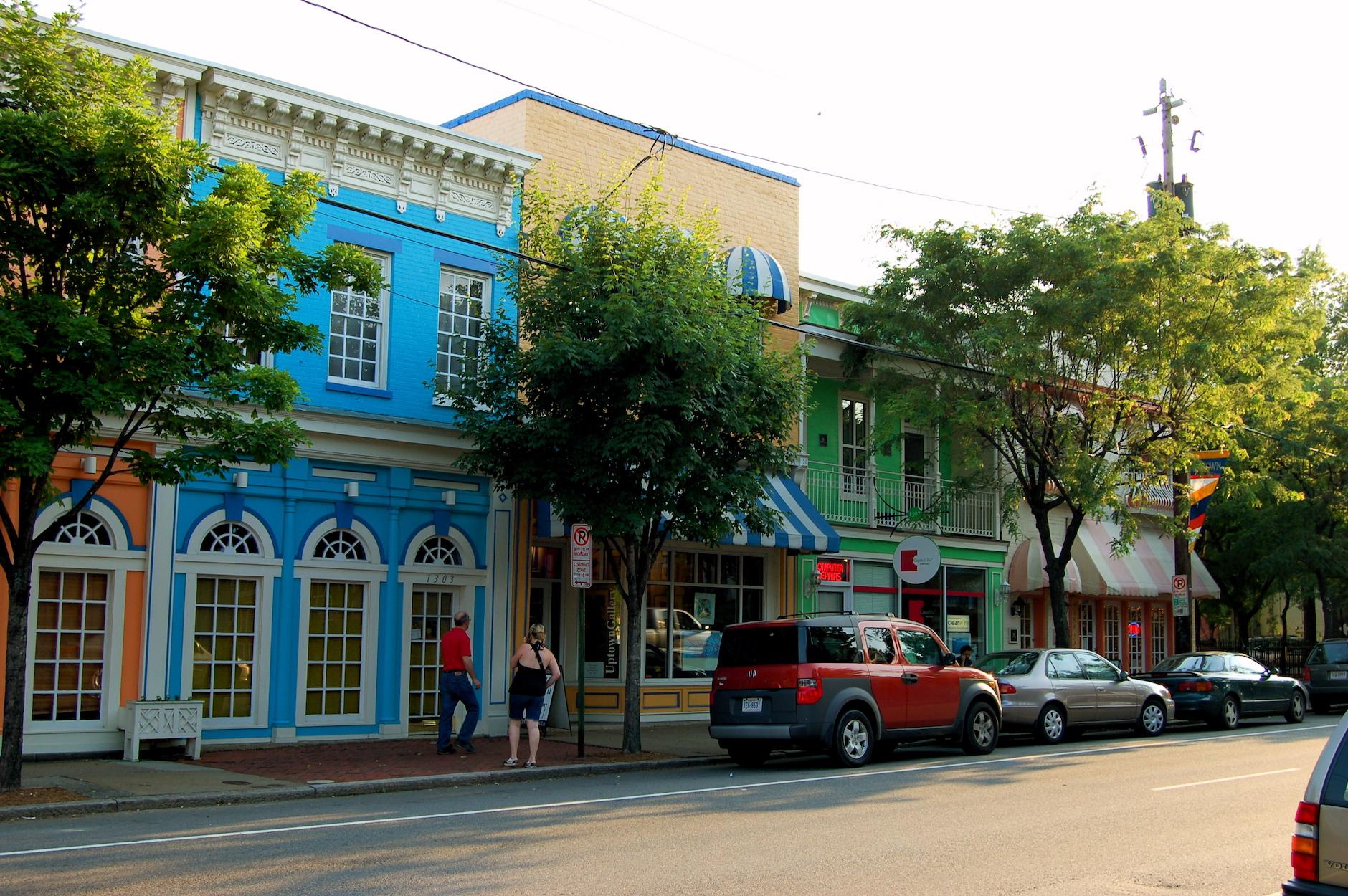 A Little About Richmond’s  Up and Coming Neighborhoods

These are the neighborhoods that have been neglected over the years and are making a return to popularity, or newer areas that are just now being discovered. If you’re moving to Richmond and you’re looking for what the hot neighborhoods are right now, this guide is for you.

Scott’s Addition sounds like a band, or maybe a TV sitcom. But it’s actually one of Richmond’s fastest-growing neighborhoods. When it was added to the National Register of Historic Places in 2005, people began to notice. And the neighborhood’s popularity has spiked over the last several years. Now, what’s with the name? The word “addition” refers to this area when it was added to the city grid, which was owned by Major General Winfield Scott, a hero of the War of 1812 and the Mexican War. Now, this historic district is known for its large abundance of breweries, cideries, meaderies, and distilleries. It also provides convenient access to Interstates  64, 95, 195 and the Powhite Parkway.

Though Scott’s Addition is home to a diverse mix of businesses including film studios, marketing companies advertising groups and architectural firms, there are a number of historic houses and apartments as well. And a thriving neighborhood association led by residents and business owners work to preserve the history of the area while making sure its got a strong future.

We like craft beer. You most likely like craft beer, too. It’s what’s trendy right now. Scott’s Addition is the place to experience Richmond’s flourishing craft beer scene, where you can check out popular brew houses such as Three Notch’d Brewing, Vasen Brewing, and Ardent Craft Ales. And if you love retro arcades, drink a beer at The Circuit Arcade Bar while playing some video games. For some delicious food, try Buz & Ned’s Real BBQ and Boulevard Burger & Brew.

Apartments and condos are springing up in a lot of the old industrial buildings around Scott’s Addition. The average home value in the area is $217,000 and the average rent is around $1,130. It’s difficult to find any stand-alone houses for sale in this area, though there are some row homes and condos.

Church Hill North began as a neighborhood of middle-class merchants and tradesmen at the beginning of the 20th century. As the years passed, the area saw many highs and lows. In the 1960s and ‘70s, according to this source, the city introduced urban renewal, demolishing many of the older homes in the area, including that of Shed Town, a neighboring community. Residents of Church Hill began leaving, and in the 1980s, the Historic Richmond Foundation swept in and bought more than 30 historic properties there.

Since then, more than 200 houses have been restored in Church Hill North, mostly by white and African-American first-time home buyers. The Church Hill North Historic District was listed on the National Register of Historic Places in 1997. Once again, parts of this community are in transition, with older homes being rehabilitated and new construction going up, as well as new businesses like the East End Grocery Store and the J. Sergeant Culinary Institute. And with these projects, more new residents are calling Church Hill North home.

There are a number of businesses around this area. Sub Rosa Bakery is a popular destination for bread, pastries, and coffee. Patrick Henry’s Pub is a great watering hole with a small garden outside, and a Revolutionary War feel. And stop by historic Libby Hill Park to gaze at the beautiful scenery.

There are seven schools that serve the Church Hill North area including Bellevue Elementary School, Chimborazo Elementary and Central Montessori School of Virginia.

With a mix of historic and new homes, Church Hill North’s architectural styles range from brick and stone Colonial Revival to Greek Revival, with newly-built row homes. Prices range from as low as $40,000 to the upper $500s, while rent ranges from a really affordable $695 to $1,400 per month.

Manchester was founded in the 18th century as a separate city but it merged with Richmond in 1910. It’s located south of the James River and as writer and resident Leah Small notes in her article about why she loves this area, Manchester is “urban convenience and outdoorsy fun.” This neighborhood is close to Interstate 95 north or south and the area and to downtown. But in 2003, this area wasn’t such a great part of town. Many of its old warehouses had been abandoned for years and the area was neglected. Then, the old Virginia Bakery building, which had been built in 1850, was bought and renovated into 80 condo-style lofts called the Old Manchester Lofts. And that jumpstarted the area into what it is today.

Because Manchester is close to the James River, there are plenty of things to do outdoors. Ancarrow’s Landing has large-boat access to the river. Belle Island and Brown’s Island are fun to explore, which you can reach from the neighborhood. The Richmond Slave Trail offers hikers and wanderers a glimpse into Manchester’s past, with its role in the slave trade. As a recent hub for young artists and new entrepreneurs, Manchester’s Plant Zero Art Center and Cafe inspired a number of galleries and art spaces such as, well, Artspace, Brewer’s Cafe and Dogtown Dance Theatre.

Manchester has a mix of single-family homes and apartments. Though it’s a historic neighborhood, there are a number of more modern-style housing projects happening there. The average home value in Manchester is around $159,482, and the average rent is around $937.

Article after article has been written about Brookland Park’s revitalization. The neighborhood has a rich history and houses the first integrated school in Richmond, the former Chandler Jr. High, which is now Richmond Community High. As many of downtown’s white residents moved to the suburbs decades ago, Brookland Park and other surrounding communities began to unravel, leaving the people who stayed to deal with the rising crime problem. The area then fell into neglect and disrepair, until just a few years ago when young entrepreneurs began taking chances on the neighborhood, opening up new coffee shops, restaurants, and stores. And young families began to move in as well, redoing older homes and taking pride in their community. Brookland Park still has a ways to go, but it’s got a great start. And if you move there soon, you’ll still be able to find plenty of affordable housing.

Brookland Park is emerging as a great place to find fun dining and specialty shops, such as Boogaloos Bar & Grill, the Nomad Deli, and Black Hand Coffee Co. If you need new ink, Two Pillars Tattoo is open for business in the neighborhood. But Two Pillars doesn’t just do tattoos. The shop also makes hand-painted business signs, and it also has an art gallery.

A mix of old and new homes, the houses in Brookland Park all have a historic quality to them that fits the aesthetic of the neighborhood. Some need more love than others but they all have the potential to be the home of someone’s dreams.

A few years ago, if you said anything about moving to the Greater Fulton area in Richmond, you’d have gotten strange looks. The community that includes the Historic Fulton, Fulton Hill, and Montrose Heights neighborhoods, was during the late 1800s, home to a lot of farmhouses. The area prospered for decades, and then like Brookland Park, suffered under Richmond’s urban renewal project in the ‘70s. Now, Greater Fulton is making a comeback thanks in part to the construction of the Virginia Capital Trail, which stretches from Richmond to Jamestown. Also, two new breweries have helped attract attention to the neighborhoods as well. But it’s the residents who’ve been instrumental in the change, and Greater Fulton is in need of more likeminded folks who believe in second chances.

Besides enjoying the Virginia Captial Trail, you can visit the Edgar Allan Poe Museum or The Valentine, a museum dedicated to the history of Richmond. Or, enjoy the breweries and restaurants in the area. If you like shopping, the Stoney Point Fashion Park and the Chimborazo Shopping Center are nearby.

Schools in the area available to residents are Open High School, Richmond Community High School, and Bellevue Elementary School, among others.

For folks looking for single-family homes, Greater Fulton has plenty of them. There is a variety of historic homes and newer homes, from as low as $55,000 up to houses in the upper $200s.

If you decide to move in or to Richmond, or a nearby city like Washington DC, don’t hesitate to reach out. Need to move quickly? We also provide last minute moving services in Richmond!