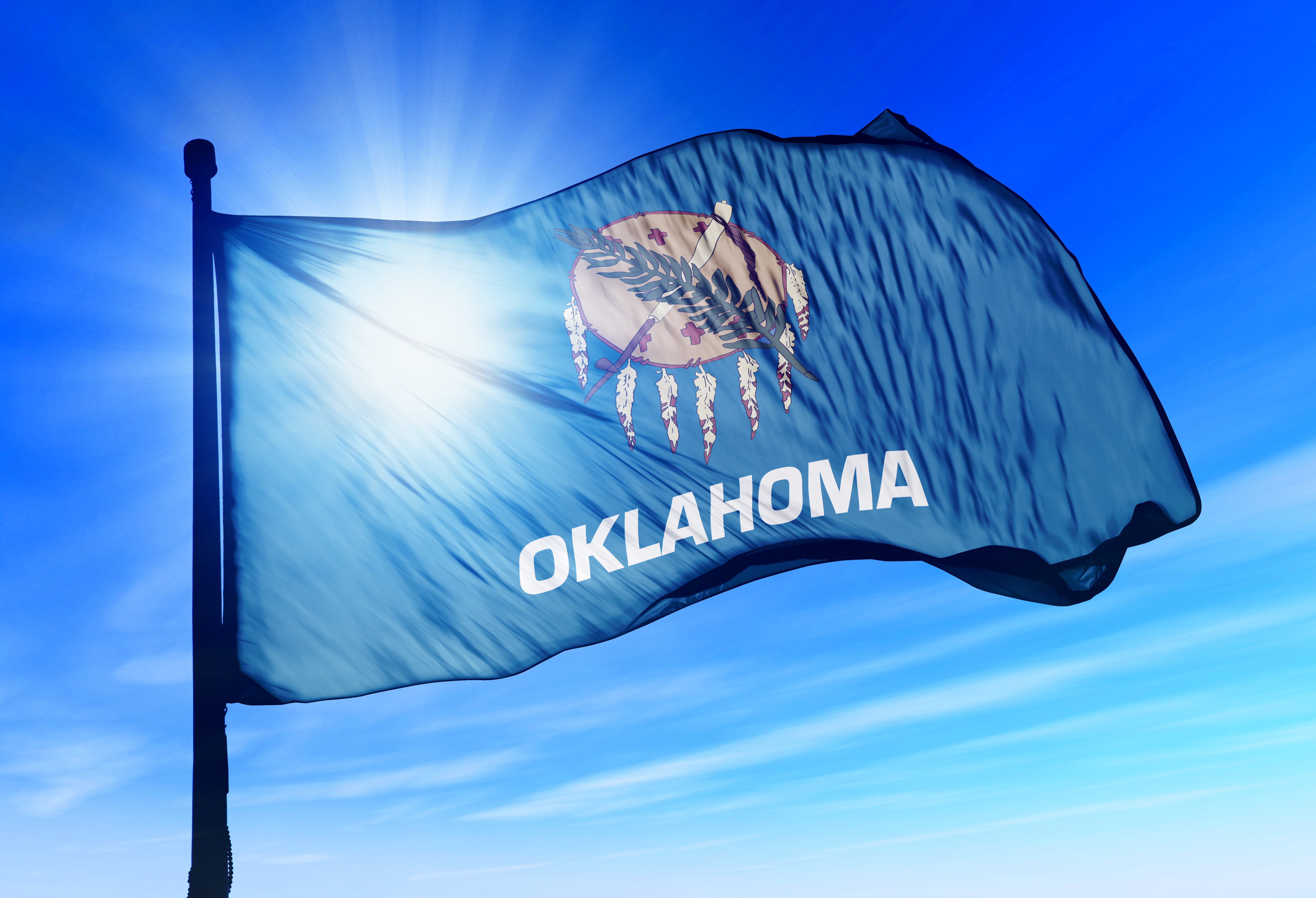 Is Moving to Oklahoma Right For You? A 2022 Guide.

Everything you need to know about moving to Oklahoma.

Even if you think you know what to anticipate, moving to a new state can be difficult. That’s why we’ve put together this guide with everything you’ll need to know if Oklahoma is your next home.

By the way, we’re Bellhops—Oklahoma City movers, movers throughout the metro area, and movers throughout the country. If you’re reading this right now, there is a good chance you’re considering moving to Oklahoma, which means you’re going to become a part of this wildly fascinating and exciting history.

A brief overview of Oklahoma.

If you’re thinking about making a jump to Oklahoma, there is some good news. While you’ve certainly missed the party that was The Oklahoma Land Rush (you’re over a century late)… there’s still a ton of excitement happening in the state and the many cities that make it up. We are going to tell you everything you need to know about moving to Oklahoma. But, first, let’s cover a brief overview of the state.

While The Oklahoma Land Rush might have sparked the early beginnings of Oklahoma… the state itself was built on a little somethin’ somethin’ called Black Gold. It all began in Tulsa. Where, in the early 1900s, oil was struck in “Red Fork”, a neighborhood that today exists on the southwest side of the city.

This, however, only scratched the surface of the vast wealth brewing below Oklahoma’s crust. An oil field called Glenn Pool was eventually discovered and it ended up being quite the doozy. To date, Glenn Pool has yielded 340 million barrels of oil and was the jumping off point for nearly 100 oil companies. It’s no wonder that for so long, Tulsa was widely considered the Oil Capital of the World.

Oil has been such a vital aspect of Oklahoman history that the State’s Capitol Building is actually built atop an oil rig. That’s pretty cool.

2. Oklahoma has the second largest Native American population in the United States.

If you take a look at Oklahoma’s flag you can pretty quickly see how rich Native American history is in the state. Besides California, Oklahoma has the largest Native American population in the country.

While it is certainly beautiful that Native Americans have such a large presence in the state of Oklahoma, it’s important to note that the state’s history isn’t necessarily as pretty. While we won’t get too far into the weeds today, before Oklahoma was Oklahoma, it was Native American territory.

The Pros and Cons of Moving to Oklahoma.

Oklahoma, like any state, isn’t all rainbows and butterflies. It has some good parts about it… and some bad and even ugly parts, too. Before anyone moves to a state, we think it is important they know exactly what they are getting into. That’s why, in every one of our state guides, we include a pros and cons section. We’re optimists, however, here at Bellhop. So, let’s kick things off with the pros of moving to Oklahoma.

3. The pros of moving to Oklahoma… a ridiculously low cost of living and no rush hour.

In addition to the low cost of living in Oklahoma, the state also makes transportation super easy. Due to the fact that most of the state doesn’t consist of massive overflowing cities, “rush hour” isn’t really a thing in Oklahoma.

Oh, and if you like BBQ… Oklahoma is a no brainer.

Now, let’s chat briefly about the not so great things about Oklahoma.

4. The cons of moving to Oklahoma… from a landscape standpoint there are certainly prettier states.

We would never call a state ugly. And, Oklahoma is certainly not ugly. Each and every state has its own individual features that make it beautiful. Unfortunately, for Oklahoma, these features don’t necessarily include its landscape. Oklahoma is composed of tons and tons of rolling plains. While they’re very pretty… they can certainly become monotonous and are by no means a hiker’s dream.

If you are someone that loves the great outdoors and loves playing and exploring in beautiful landscapes, then we recommend staying away from Oklahoma and taking a closer look at states with prettier landscapes.

Show us the money, Oklahoma… a look at the economy and the opportunity in The Sooner State.

Let’s face it… a big part of deciding whether or not a state is right for you is the money. You have to figure out a way to pay for rent and food and brews and all that other lovely stuff, right? Fortunately, where it concerns money and opportunity… Oklahoma has got you covered.

5. There are some golden opportunities in Oklahoma.

There happens to be a lot of opportunity in Oklahoma. For one, there is stability. So, if you’re looking to move there and find a nice stable career… you’re in luck. There are a handful of Fortune 500 companies in Oklahoma, many of which you will recognize. Does Hobby Lobby, Love’s, American Cancer Society or Sonic ring a bell? We imagine so.

But, the extremely low cost of living comes with some other opportunities, too. Due to the fact that rent is so incredibly low, Oklahoma is a great place to launch a business, too.

While Oklahoma has traditionally been known as being built on oil. It’s getting innovative. Oklahoma City, for example, has a surprisingly robust startup scene with nearly endless incubators, co-working spaces, and startup events. Not to mention, Tulsa, Oklahoma’s second largest city isn’t too far behind OKC, either. And, some experts are predicting the city will experience a boom in the coming years.

Mike Basch, the philanthropic and investment arms of the GKFF (George Kaiser Family Foundation) foresees that startups will choose Tulsa in the future for their secondary offices because they will be able to save 30%-50% on costs.

What are the best places to live in Oklahoma?

Okay, so you’ve made it this far which means you’re somewhat interested in moving to Oklahoma. With that said, if you’re on a bit of a time crunch, here’s what you need to know… Tulsa, Oklahoma City, and Norman are where it is at. If you’re considering moving to Oklahoma take a hard look at these places. We’ve highlighted our personal favorite of the three down below.

6. Oklahoma City is called the biggest small town in the world… here is why.

Oklahoma City is Oklahoma’s capital and the largest city and is one of the only two state capital cities whose name includes the name of the state. Like many of America’s up and coming cities, it is growing like crazy. This is for some pretty obvious reasons. For one, Oklahoma City has an exceptional job market, too. In fact, it was recently ranked as one of the fastest growing job markets in the nation and one of the top ten cities in America to raise a family. Long story short, people want to move there… and they are.

With that said, this growth hasn’t jaded Oklahoma City. Transplants who move to Oklahoma City quickly fall in love with the close-knit southern feel and the warm Midwestern friendliness –– the perfect welcoming combination for newcomers.

Additionally, while Oklahoma City is growing quickly, it’s still very affordable to live there. According to Kiplinger, Oklahoma City has one of the most affordable housing markets in the nation.

And, while Oklahoma City has a population of 643,000 people… it isn’t difficult to get around. We mentioned this in our pro’s section. The state as a whole won’t leave you waiting in the car for hours, navigating through traffic.

A few final thoughts on Oklahoma

If or when you decide to make your move, don’t hesitate to give us a shout. We would love to help.