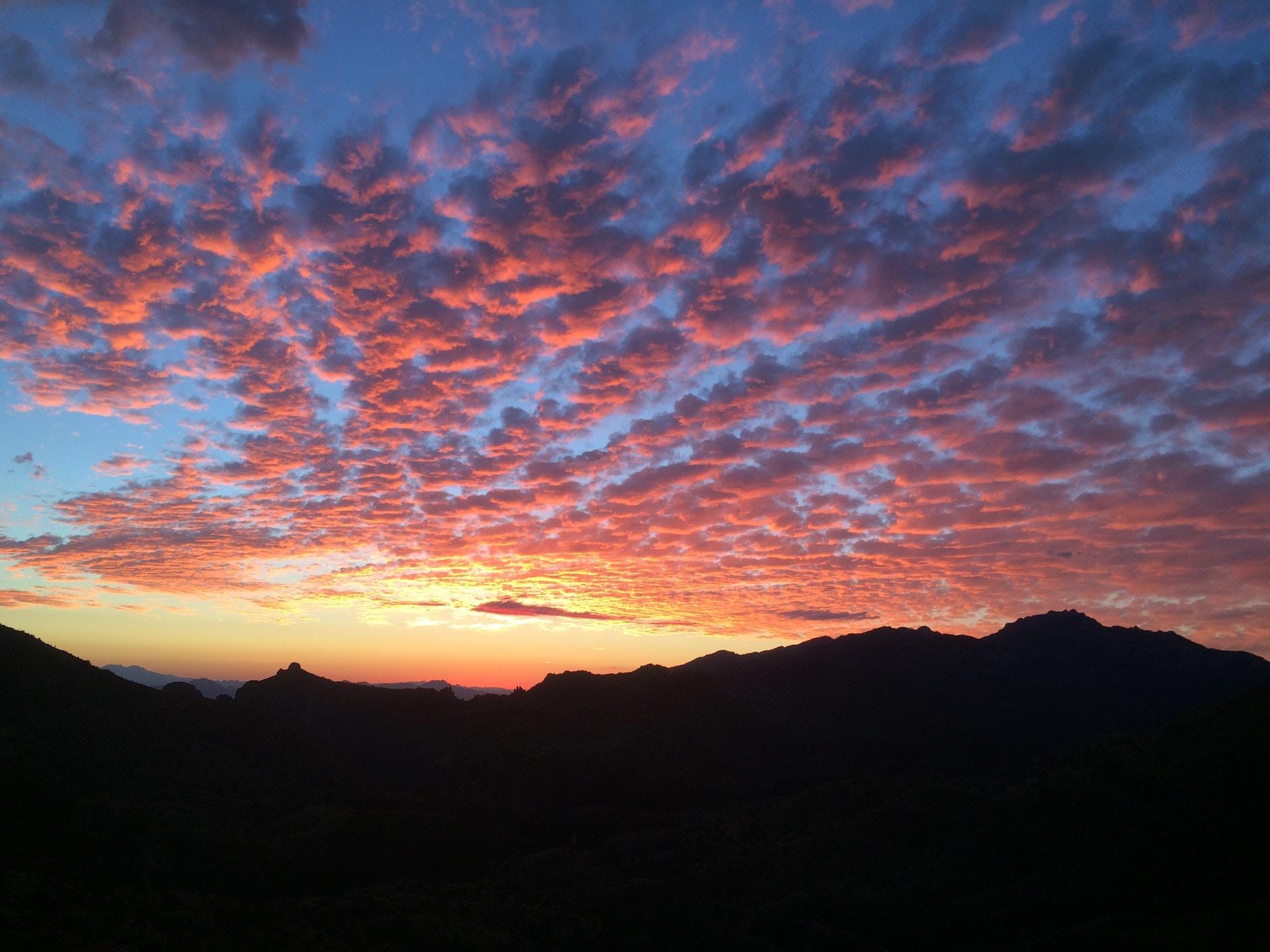 Moving to a new city is always challenging. And a large part of that challenge is looking for a place to live.

That’s why we’ve done the research for you, so you don’t have to. You’ve no doubt seen our Tucson City Guide, which includes a short section on a few of Tucson’s most popular neighborhoods (oh, and by way of introduction, we’re Bellhop—Tucson movers and movers throughout the country).

This list is a more in-depth neighborhood guide meant to examine what it’s like living in each of these highlighted areas.

A Little About Tucson’s Suburbs

If you’re moving to Tucson but don’t want to move into the city, this guide is for you.

The Tucson suburbs are close enough to enjoy all that urban living offers—the culture, the food, the excitement and energy—but removed enough to avoid the less desired aspects like traffic, parking hassles and the hustle and bustle of the city’s business center and student life at the University of Arizona.

So, just for you, here are some of the best suburbs of Tucson.

Just 20 miles outside of Tucson to the west of the Santa Cruz River, Green Valley is a quaint suburb surrounded by copper mines and a variety of outdoor activities in the nearby Santa Rita Mountains.

According to a 2017 U.S. Census, 77 percent of the population was over the age of 65. Even though most of the communities are age-restricted and Forbes named it one of the Top 25 Places to Retire in 2017, doesn’t mean it’s not kid-friendly. There are schools and attractions for kids in this community as well.

Green Valley officially started when, in 1964, a Chicago developer named Donald Maxon and his architect brother Norman, purchased 2,900 acres near Canoa Ranch for residential development. Though it was started as a retirement community, there are families there as well. Green Valley’s population has grown to more than 22,519, which is 70% since 2010.

Green Valley has a bevy of entertainment, shopping and restaurant options including the CPAC Community Performance & Art Center, Triple Play and a farmer’s market, among plenty of other options.

There are a few schools here including the Air and Space Academy, which is an autism charter school, and Continental Elementary School, just to name a couple.

House-wise, there are plenty of modest ranch-style homes and spacious Mediterranean houses, as well as Spanish-Revival, Mission Revival, Cape Cod and Adobe. There are also apartments and condos, with the average home value around $162,000.

And a bonus: Green Valley’s cost of living is four percent lower than the national average.

Located in the town of Marana, Dove Mountain opened in 1998 and has about 3,000 residents with a mix of families, business professionals, golfers and retirees as residents. A high-end golf course development at the base of the Tortolito Mountains, Dove Mountain is one of the most popular new neighborhoods in the last few years.

Home prices range from around $170,000 into the millions. It’s located about 40 minutes north of Tucson with easy freeway access.

Dove Mountain is also home to the retirement community, Del Webb at Dove Mountain, which features a variety of single-family homes.

When Eugene ”Cush” Cayton settled on what is now known as Dove Mountain, the area where he established his T Bench Bar Ranch was predicted by the surveyor to be “…one of the most beautiful spots in the Tucson area.”

Cayton stayed there with his family until 1984, where he hosted a wide variety of artists, scientists, prospectors and cowboys. Then he passed his stewardship on to David Mehl, who made the beloved Dove Mountain community what it is today.

Dove Mountains is part of the Marana Unified School District. Students who live in the Dove Mountain resort community may attend three of the public schools within the district, IronWood Elementary, Tortolita Middle School and Mountain View High School.

But, in the fall of 2019 Dove Mountain will be home to the new K-8 CSTEM School, which will include a rigorous curriculum of computer science, technology, engineering and math.

What’s Going On in Dove Mountain

Besides The Residences at The Ritz-Carlton, Dove Mountain, which has plenty of dining, shopping and entertainment options, residents can hike on the Wild Burro Trail, go golfing at the Gallery Golf Club or go to the Gaslight Music Hall.

Southwest-style stucco houses are spread out and have been built to compliment the desert landscape.

Just north of the city at the base of the Santa Catalina Mountains lies the Catalina Foothills neighborhood, which offers some of the best views of downtown you can get in Tucson. And it’s only a 15-minute drive from the city.

This area has a minimalist feel with very few sidewalks and narrow streets that wind through hills. The residents who live in the Catalina Foothills are mix of upper-middle class and wealthy retirees, families and professionals, with a population of almost 52,000.

Dating back to the early 1920s, land developer John Murphey began buying property north of River Road in the foothills of the Santa Catalina Mountains, where he envisioned 10 subdivisions with large, private, gorgeous mountain and valley views.

He eventually contracted Swiss architect Josias Joesler to implement his vision in the 1930s. Joesler also designed the buildings that now make up the Catalina Foothills School District

Schools in the Catalina Foothills

This community is part of the Catalina Foothills School District, which has more than 5,200 students enrolled in eght schools that span Pre-K through 12th grade.

What’s Going On in the Catalina Foothills

Housed in an upscale outdoor shopping center called La Encantada with Apple, Michael Kors, Anthropologie and more. There’s also St. Philips Plaza, where you can enjoy the farmer’s market on the weekends and a wide range of other shows and events during the week.

Homes in the Catalina Foothills

There’s a mix of subdivisions and Southwest-style custom homes there and have all been built to blend in with the desert landscape. Instead of traditional green grass, the front yards have natural desert landscaping with cacti and desert flowers. Interested in living in Catalina Foothills?

Located in Prima County, Sahuarita is about 15 miles south of Tucson. With a population of around 29,000, this community was founded in 1911 and incorporated in 1994. It features the master-planned neighborhoods of Rancho Sahuarita & Resort, Quail Creek and Madera Highlands, in addition to the residential neighborhoods of La Joya, Valle Verde del Norte, Los Colonias and Los Arroyos.

Sahuarita has a pretty extensive history. The area was under Spanish control but then after the Spanish-American War, it came under Mexican control, until they sold the land to the United States as part of the Gadsden Purchase. In 1854, Sahuarita became part of the Territory of New Mexico. In 1879, Sahuarita Ranch was created by James Kilroy Brown, and eventually, a small community formed in the area named Sahuarito.

After Brown sold his ranch, the town laid dormant for three decades until 1915, when the Continental Farm of Sahuarita was created, as a way to grow rubber in retaliation of a potential German blockade of rubber imports. During World War II, Sahuarita was home to Sahuarita Airstrip, which was used to train bomber pilots.

What’s Going On in Sahuarita

Sahuarita has a grocery store, Fry’s Marketplace, as well as other local and chain coffee shops, dining and retail.

Sahuarita is part of the Sahuarita Unified School District.

With a population of around 41,000, Oro Valley is only six miles north of Tucson in Pima County. It was incorporated in 1974 and the average household income is around $72,000. Townhomes, spacious Mediterranean-style homes and contemporary homes dot this area and run anywhere from the $200,000s into the millions.

For families, there are plenty of arts and entertainment within Oro Valley, but since Tucson is so close, it only takes minutes to experience the sights and sounds there as well.

The Steam Pump Ranch is an important part of Oro Valley’s history, dating back to the 1870s and is located in the heart of the area. The Oro Valley Farmers Market is held there every Saturday, and concerts often occur there as well.

There you have it: the best suburbs of Tucson

Suburbs are about location and lifestyle, to be sure. But more importantly, they are about the people who live in them. Tucson is filled with a rich history and culture, and the suburbs surrounding it only accentuate the beauty of this city. Hopefully, this guide will help you find what you’re looking for. If you decide to move in or to Tucson, don’t hesitate to reach out. We are Bellhop—movers in Tucson and throughout the country and we would love to help.