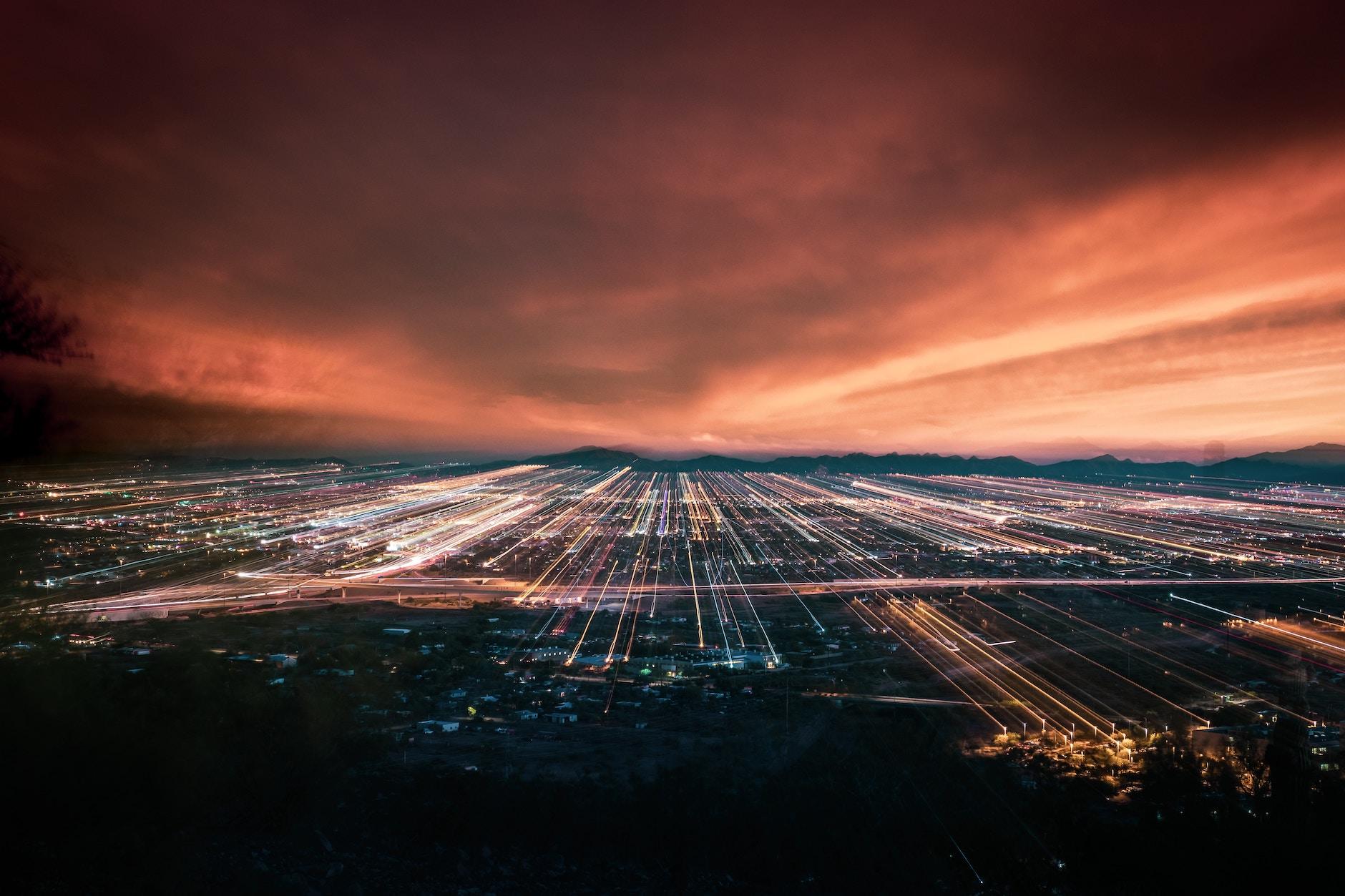 The Best Neighborhoods In Tucson (A 2022 Guide)

The Best Neighborhoods in Tucson

Moving to a new city is always challenging, and finding a place to live is a big part of that challenge.

In this blog, you’ll find a guide with the top neighborhoods to live in Tucson to help you make your choice!

We’ve done the research for you, so you don’t have to (oh, and by way of introduction, we’re Bellhop— Tucson movers and movers throughout the country).

You’ve no doubt seen our guide for moving to Tucson, which includes a short section on a few of Tucson’s most popular neighborhoods. This list, is a more in-depth neighborhood guide meant to examine what it’s like living in each of these highlighted areas, with links to popular destinations, as well as available houses for sale and apartments for rent.

Get an online estimate in minutes and find out how inexpensive your move to Tucson can be.

A Little About Tucson’s Neighborhoods

Like many other American cities, Tucson was developed on a grid plan, starting in the late 19th century. The city center at the time was Stone Avenue and Broadway Boulevard. But the city has shifted and expanded since then, making Tucson a vast city with many distinctive neighborhoods.

But like many cities, parts of Tucson fell into neglect, with abandoned, decaying buildings.

At the end of the 21 century, city planners, along with the business community, decided to do something about it. They started a massive revitalization effort called Rio Nuevo in downtown Tucson that’s ongoing, with quite a few exciting projects underway. And the suburbs that surround the city have a rich history as well, with lots of tantalizing amenities.

If you’re moving to Tucson, then you couldn’t have picked a better time, with all of the exciting changes going on.

Here are some of Tucson’s best neighborhoods.

The city’s first, and at one time, most affluent neighborhood, El Presidio is located downtown and features large, historic homes. The area is full of historic art, architecture, food and culture, and is a great place to raise a family

Named for the Spanish military garrison that once stood there, El Presidio Historic District is where Tucson all began as a modern-day city. In the 1700s, Tucson was taken over by Spanish missionaries and soldiers who established it as an important colonial outpost in 1775. Then in 1853, Tucson became part of the United States. Today, the district is a combination of historic and modern amenities, where families live alongside a very rich cultural experience.

Throughout El Presidio Historic District you’ll find local, regional and Latin American artists who sell their goods inside Old Town Artisans, along with The Tucson Museum of Art and Historic Block and the Presidio San Agustin del Tucson Museum, where family-friendly events are held throughout the year. There’s also the family-owned restaurant Cafe’ A La C’art, a country-style cafe that’s been in operation for more than 14 years.

Schools in this neighborhood include El Presidio Day School, Museum School for the Visual Arts, City High School, and Davis Bilingual Elementary Magnet School, among others.

There are a variety of different homes that range in style, size and price in the area. See what’s for sale and for rent in El Presidio.

Dunbar is located just north of downtown Tucson. It’s a small, historic community that is culturally diverse, with lots of character. Dunbar Spring has had it’s ups and downs over the years, experiencing some decline, riddled with crime and neglected properties. But things are looking up, with revitalization efforts and residents once again moving into the area. Homes are being restored and shops and restaurants have moved in within walking distance.

The first predominantly African-American neighborhood, Dunbar Spring was built on land that was originally Tucson’s Court Street Cemetery. It was also the site of The Dunbar School, Tucson’s first segregated elementary school.

Dunbar Spring, along with the rest of downtown, fell into decline after the turn of the century, with crime and abandoned properties. But thanks to the influx of new homeowners in the neighborhood working together with lifelong residents, Dunbar Spring is making a comeback, turning once again into a vibrant community.

Located just north of downtown, Dunbar Spring has a strong cultural identity and there are several African American families that have lived there for generations. It’s home to several churches and social service agencies. Dunbar Springs has plenty to do nearby.

Trail Dust Town, a historic outdoor shopping center, Estevan Park, where you can go for a picnic, play some rugby or take a leisurely stroll, and the Leo Rich Theater, where you can see plays, ballet, concerts, and special events. Restaurants like Zinman’s Food Shop, The Tasteful Kitchen and El Charro Café.

On the National Register of Historic Places, Armory Park is located downtown and features architectural treasures close to Tucson’s arts and cultural center. One of Tucson’s most desirable neighborhoods, this area is full of architectural styles spanning the last 150 years.

With the arrival of the transcontinental railroad in 1880, Amory Park was part of a town plan for Tucson, originally centered around the existing Military Plaza. The neighborhood began to grow primarily along Third and Fourth Avenues, and in 1902, portions of the original Military Plaza were sold to the city, and the remainder became Armory Park. It developed into a stable, progressive neighborhood consisting of mostly prominent, wealthy families. In the 1950s and ‘60s, Armory Park suffered from neglect until it was recognized on the National Register of Historic Sites in ‘74. With the help of private and public investment projects, Armory Park is once again one of the most popular areas in Tucson.

Several restaurants are also in the area including Downtown Kitchen + Cocktails, HUB Restaurant & Ice Creamery, and Diablo Burger. If you have kids, the Tucson Children’s Museum is located within the neighborhood, a great place to take them on a rainy day.

Also located in the area is the Armory Senior Center, which was built in 1975 and hosts many different kinds of senior activities and assistance, including social services, dances, fitness classes.

Quite a few schools are in the area, include Safford K-8 School, Project MORE High School, and Imago Dei Middle School.

Houses in Armory Park tend to range on the expensive side, going anywhere from around $225,000 for a one bedroom to close to $1.5 million for a six-bedroom house. There are Victorian, Queen Anne, Greek Revival and Anglo-Territorial-style houses there.

You’ll find a mix of university professors, students, artists, young families and professionals in this central Tucson neighborhood. There are charming bungalows and turn-of-the-century Territorial houses on tree-lined streets. Because it’s close to the University of Arizona, the Sam Hughes neighborhood is close to student life downtown, and plenty of cafes, shops, restaurants, and bars are easily accessible. If you’re interested in taking a photographic tour of the neighborhood, Tucson.com offers one. It’ll give you a pretty good idea of the historic beauty of the area.

The Sam Hughes neighborhood was named after Samuel C. Hughes, a Welsh immigrant who came to America in 1837 at the age of eight. After settling down in Tucson in 1858, he became a community leader, starting the first bank. He served in the city council and helped establish the city’s public education system. The development of the Sam Hughes neighborhood began in 1921 and it became a national historic district in 1994.

Probably the most well-known event in this neighborhood is its annual neighborhood home tour, but the neighborhood association hosts other events as well. There are a couple of grocery stores, Natural Grocers and Rincon Market, the Mexican folk art shop Arte de La Vida, a Baskin-Robbins and a handful of other shops.

The schools near Sam Hughes are among the city’s best. Among them are Sam Hughes Elementary, Second Street Children’s School and Edge High School.

Housing prices in this neighborhood start around $200,000 and can go as high as $1.5 million and higher, so there’s some good variety regarding lifestyle. Rent a space in the Sam Hughes neighborhood, or see what’s for sale.

A lively college area, West University is bordered by the University of Arizona on the east, and on both sides of Fourth Avenue. It’s a very walkable area with numerous shops and places to eat nearby. The streetcar passes right through the neighborhood, making it convenient for heading to the university or downtown.

This was the first Tucson suburb north of the Southwestern Pacific railroad and was settled between 1890 and 1930. In 1980, this neighborhood became the largest historic district in Arizona.

There are two major shopping/restaurant districts nearby, 4th Avenue and Main Gate Square, featuring places such as a Chipotle, Panera Bread and Scented Tea Leaf & Lounge. This area also has a great nightlife with places like Illegal Pete’s, Frog & Firkin and Fox in a Box. West University also has Catalina Park, a grassy, tree-shaded park that has a wading pool and a children’s area.

The neighborhood falls within the TUSD school district with Roskruge Elementary, Mansfeld Middle and Tucson High in the area.

West University has more than 700 buildings in a large variety of architectural styles, from Transitional to Art Deco, and quite a few bungalows. And if you’d like to see what’s for sale and rent, we’ve got you covered. The houses seem pretty affordable, for the most part. If you can find anyone who’s willing to sell. And the rent is pretty inexpensive too, depending on what you’re looking for.

Neighborhoods are about location and lifestyle, to be sure. But more importantly, they are about the people who live in them. These downtown neighborhoods are culturally rich and offer a range of diverse lifestyles. Hopefully, this guide will help you find what you’re looking for.

If you decide to move in or to Tucson, don’t hesitate to reach out. Even if your move is coming soon, we provide last minute moving services in Tucson!

Good luck on your move to Tucson!