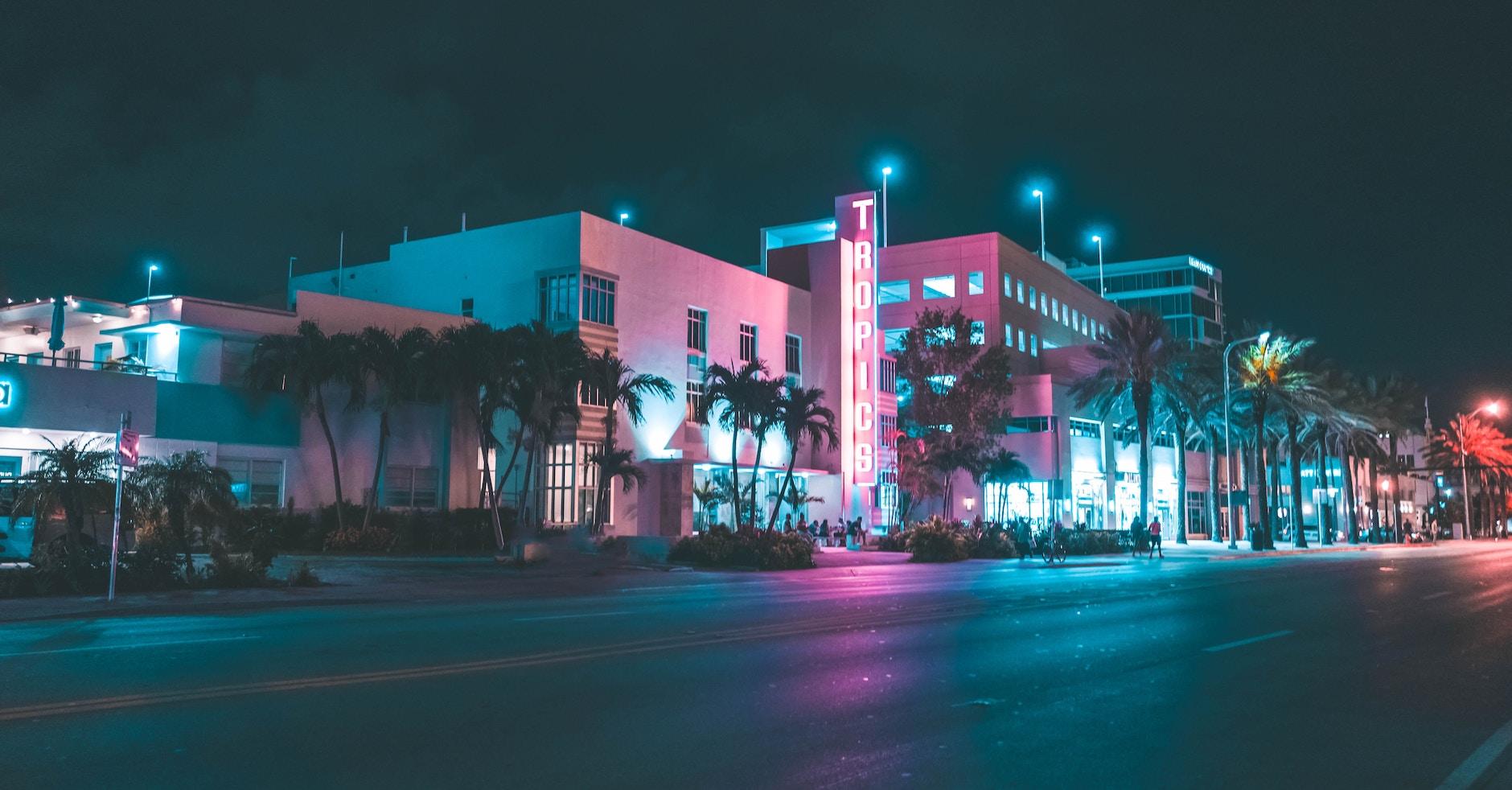 The 6 Best Up-and-Coming Neighborhoods in Miami

Moving to a new city is always challenging. That’s why we’ve done the research for you, so you don’t have to.

You’ve no doubt seen our guide on moving to Miami, which includes a short section on a few of Miami’s most popular neighborhoods. This list is a more in-depth guide meant to examine what it’s like living in each of these highlighted areas (and by way of introduction, we’re Bellhop—Miami movers and movers throughout the country).

A Little About Miami’s Up-and-Coming Neighborhoods

These are the neighborhoods that have either been neglected over the years and are making a return to popularity, or newer areas that are just now being discovered. If you’re moving to Miami and you’re looking for what the hot neighborhoods are right now, this guide is for you.

What once was a pineapple farm in a neighborhood referred to as Buena Vista, the Miami Design District is now one of Miami’s trendiest neighborhoods. But it took a man named Craig Robins to buy many of the run-down buildings that occupied the space in the 1980s and ‘90s and convince top designers such as Alison Spear, Holly Hunt and Peter Page to relocate there.

The 18-block neighborhood is located just north of Wynwood and filled with renovated warehouses that have been converted into upscale galleries, such as Locust Projects.

The Design District is home to brand-name fashion retail shops and high-end restaurants like Ella, Mandolin Aegean Bistro and MC Kitchen, just a few of the 140 creative and design-centered businesses. There are also destinations such as Tom Ford, Louis Vuitton, Christian Louboutin, Celine and Prada. If the Design District sounds hoity-toity, take heed, it’s got some funkiness to it as well, like this crazy parking garage.

Schools in the Miami Design District

Schools like the Design and Architecture Senior High, the Young Men’s Preparatory School and others can be found in the district.

Declared a national treasure by the National Trust for Historic Preservation, Little Havana is the epicenter of Cuban culture in Miami.

Originally a lower-middle-class Jewish neighborhood, this area immediately west of downtown Miami transformed into what it is today after a flurry of Cuban immigrants fleeing Fidel Castro emerged in the 1960s, with the area becoming a hotbed of counter-revolutionary activity. Now, Little Havana is filled with Latin-inspired restaurants, cafe, and markets, and as always, a strong sense of community.

On the last Friday of each month the neighborhood hosts Cultural Fridays, or Viernes Culturales, a gallery night showcasing Little Havana’s cultural arts scene. If you like cigars, then check out Guantanamera Cigars, Cafe & Lounge, which is just one of several cigar shops in the area. There’s also El Gallito Coffee Shop and Badge of Honor, a quaint gift shop with art and jewelry.

There are a few schools here, like the much-celebrated Miami Country Day School and Mater Academy.

If you’re looking for an inexpensive apartment, you can find one as cheap as $650 for a one bedroom, and all the way up to $4,000 a month. If you’re looking to buy, a few condos and apartments go for under $150,000, but then can get as high as more than $1 million.  See for yourself!

It’s a bustling Creole-speaking community with authentic Caribbean atmosphere, churches and distinctive architecture and As business-minded folks flip homes in the area, artists are moving in, as evidenced by the murals springing up all over the area.

If you like pizza, Ironside Pizza is the place to go, as it was voted one of Miami’s best pizza joints, according to Thrillist. Also, there’s the ‘80s-inspired bar Anderson and the brick-and-mortar offshoot to the popular food truck Ms. Cheezious. The streets are also lined with plenty of family-owned businesses, music stores, bookshops, and clothing boutiques.

The average price for homes in Little Haiti is $270,000, which is quite a steal in Miami. Rent goes for around $2,200 on average, though finding something to rent under $1,000 isn’t impossible.

More than a decade ago, Midtown was considered to simply an extension of the Port of Miami. But an influx of mixed-use development has brought attention to this neighborhood, where at the center is the 56-acre Midtown Equities.

This area of pedestrian-friendly buildings features green spaces, 600,000 square feet of retail space and more than 1,000 residencies. This development has become so popular that similar projects have begun popping up in surrounding areas.

There are plenty of places to eat or grab a drink nearby with places like Mason, Glam Vegan, Palat and Prohibition Restaurant and Speakeasy. For shopping, there are The Shops at Midtown, which has shops like Nordstrom Rack, West Elm, Target, Dick’s Sporting Goods and PetSmart.

There are quite a few schools in the area including the Metropolitan International School of Miami, The Learning Nest and BridgePrep Academy Greater Miami.

If you’re thinking about buying a home in Midtown, know that it can be expensive. An average condo or townhouse goes for around $743,000. There are some units that go for $2 million and higher.

Though it’s been overshadowed by Long Beach for years, South of Fifth, or SoFi, is finally getting some recognition as a great place to live. Located in the oldest part of Miami, this neighborhood is much quieter than South Beach but close enough to it be able to get to the clubs and restaurants there in a short amount of time.

An affluent neighborhood, the area is surrounded by the Atlantic Ocean, Biscayne Bay, and Government Cut.

What’s Happening in South of Fifth

Schools in South of Fifth

Homes in South of Fifth

Generally, home prices are lower in South of Fifth, but not by much. It’s pretty common to see two bedroom condos go for more than $1.5 million.

Conveniently located to interstate I-95 and minutes from downtown, Aventura is a much more cost-friendlier option for those who are on a budget.

A city in its own right, this suburb has been carefully planned since its inception in the 1970s, with lots of golf courses and very neat and clean parks. It’s very walkable with a lot of green spaces, Aventura is friendly and inviting filled with affluent residents.

Aventura has plenty of parks such as Oleta River State Park, clothing-optional Haulover Park, and Greynolds Park. But what is most popular in this city is Aventura Mall, which has restaurants such as Tap 42, My Ceviche and Genuine Pizza, as well as luxury stores like Louis Vuitton, Givenchy, and Tesla.

The schools in Aventura are part of the Miami-Dade School District. There is one charter school, the ACES Aventura City of Excellence School, which is Aventura’s first municipally-run charter school and serves nearly 1,020 students in grades K-8.

Remember when we said that Aventura was a cost-friendlier option for people on a budget? Thought this is true, we’re still talking about an average of around $400,000 for a home. But that doesn’t mean you can’t find something less expensive than that. Also, for Miami, that’s pretty good. See what’s for sale and rent in Aventura.

There you have it: the best up and coming neighborhoods in Miami

Neighborhoods are about location and lifestyle, to be sure. But more importantly, they are about the people who live in them. These neighborhoods offer a variety of lifestyles to meet most anyone’s needs. We hope this guide helps you make the right choice to fit your lifestyle.