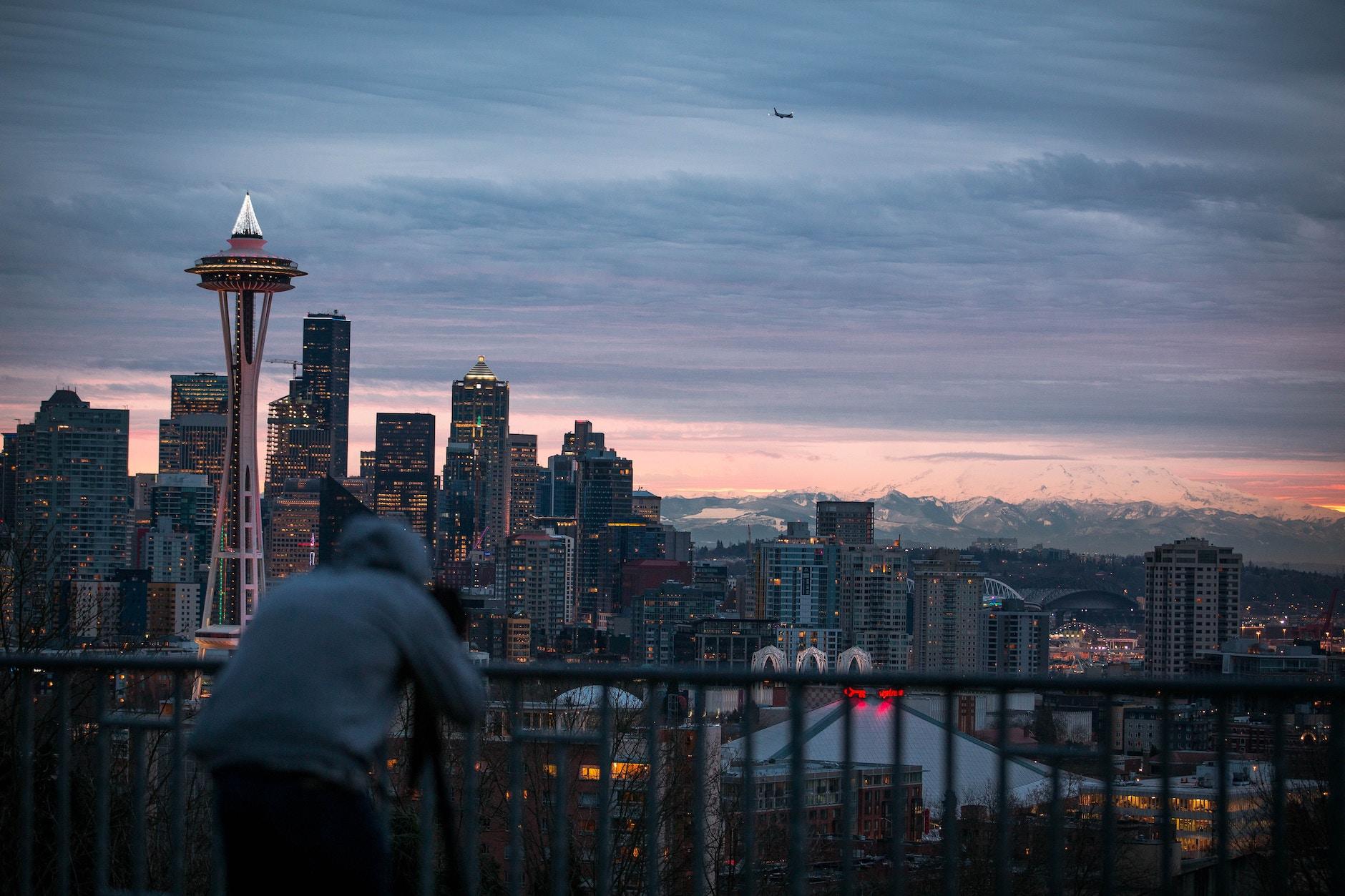 Moving to a new city is always challenging. And a large part of that challenge is looking for a place to live. There are so many things to consider when weighing your options—it can be quite overwhelming. That’s why we’ve researched the best up and coming neighborhoods in Seattle for you, so you don’t have to. You’ve no doubt seen our Seattle City Guide, which includes a short section on a few of Seattle’s most popular neighborhoods (oh, and by way of introduction, we’re Bellhop —Seattle movers and movers throughout the country). 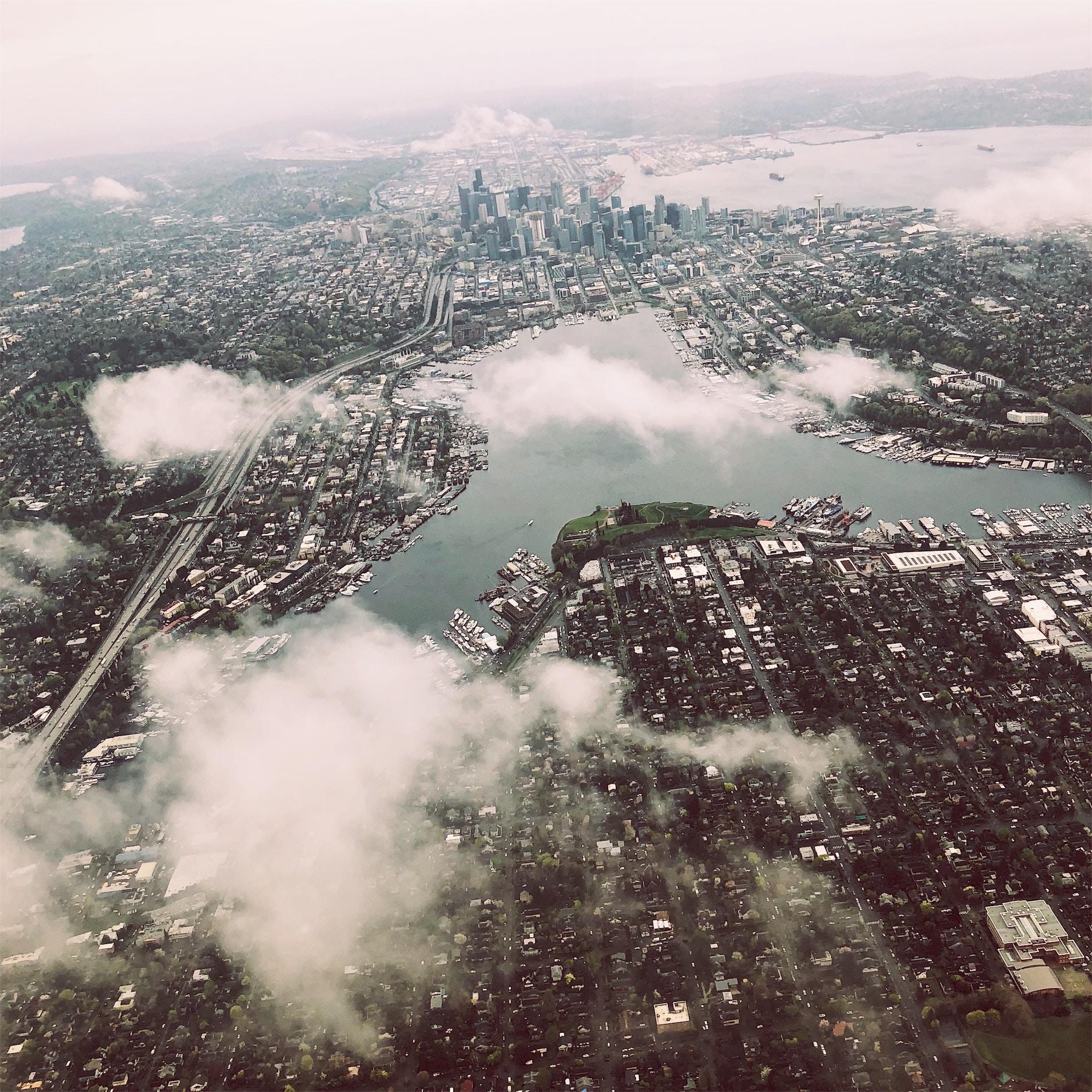 A Little About Seattle’s Up and Coming Neighborhoods

These are the neighborhoods that have either been neglected over the years and are making a return to popularity, or newer areas that are just now being discovered. If you’re moving to Seattle and you’re looking for what the hot neighborhoods are right now, this guide is for you.

Formerly known as Chinatown, it’s now called the International District because it’s the only area in the continental United States where Chinese, Japanese, Filipinos, African Americans and Vietnamese settled together and built one neighborhood.

The International District lies just south of the Downtown business district and is a rich cultural center with a vibrant atmosphere. Though connected by light rail to other areas of town, this neighborhood is still very walkable with plenty of amenities within the area for daily necessities.

The Chinese, Japanese and Filipino immigrants have called this area home since the 1880s, and at several points throughout history, the community has faced racial prejudices and encroaching settlement, such as the construction of I-5, which cut the neighborhood in half.

Also, during World War II, the entire Japanese population was forcibly removed and sent to camps. Through the years, many community leaders have helped protect and preserve the neighborhood and its people, and thanks to them, it’s still a hub for the Asian American population.

Festivals and events are always happening in this area. One of the major draws to this neighborhood is the Uwajimaya market, a large store with every type of food imaginable and lots of Asian-inspired trinkets. There, you can sample dim sum, bubble tea, Chinese tea, and baked goods.

Residents hold a lot of festivals in this neighborhood, like the Lunar New Year celebration, the Moon Festival, and Bon Odori, one of the most important Buddhist holidays of the year.  If you’re into history, take a historical tour through Chinatown Discovery Tours and learn about the origins of your potential neighborhood.

Among the schools in the area are the Washington International School, the Puget Sound Community School, and Summit Sierra.

The International District is filled with long-established residents and businesses, but it’s growing, with new apartments and condos springing up in the historic buildings. selling on average at around $775,000, while average rent goes for around $2,200. See what’s for rent or for sale in the area.

Shoreline is a city in its own right, a suburb at the north end of Seattle. While it’s been a destination for residents for years, it’s still an area that’s hot. One of the reasons is a RapidRide bus that takes you to downtown Seattle, easy access to Richmond Beach Park and a quaint downtown that has everything you need.

Made up of 14 well-defined neighborhoods, Shoreline has a strong sense of community with organized social events, implementing neighborhood mini-grant projects, sharing info through social media, websites and emails, and other volunteer opportunities. More than 70% of households in the area are single-family homes.

Pioneers settled here as far back as the late 1800s, in large part because of the beauty the Puget Sound offers. Before becoming a city in 1995, Shoreline was an island of unincorporated King County surrounded by the older cities of Seattle, Edmonds, Woodway and Lake Forest Park.

There’s always something going on in Shoreline, whether it’s Breakfast with Santa, the Monster Mash Dash 5K or the Million Step Challenge. Check the events calendar to see what’s happening.

Because Shoreline is its own city, it has its own school district, filled with excellent public and private schools, as well as Shoreline Community College.

You’ll find contemporary homes built in the 1980s and newer, averaging around $606,000. If you’re more into renting, the average rent will cost you around $2,300 a month. See what’s for rent or for sale in the area.

Offering a mix of residential and commercial real estate that is suitable to investors and those who want to live in an up-and-coming urban environment should look at Delridge. It’s close to downtown Seattle and the waterfront, and continual improvements in this area are making this area more appealing each day.

Delridge has a few sub-sections of neighborhoods such as Roxhill, Westwood, Youngstown (not the one in the Springsteen song), Pigeon Point, Highland Park, High Point, and Riverview. It’s a very diverse, vibrant neighborhood full of caring, creative, and socially-aware neighbors who take pride in where they live.

This section of town is more than 100 years old. Plagued by high crime rates, urban blight and lack of basic services, a small group of citizens banded together to make their community safer and more livable by forming the Delridge Neighborhoods Development Association (DNDA). More than 20 years later, DNDA continues to be the voice for all members of the community. For a more complete history of Delridge, read this.

Delridge’s residents are active in the community. Home to the Delridge Library, the Delridge Community Center and the West Seattle Food Bank, this area also offers a summer youth program, an Arts in Nature Festival and plenty of cultural and social programming, like it’s Let’s Talk Race series.

A number of schools are within the area including West Seattle Elementary School, Louisa Boren STEM  K-8 and Chief Sealth International High School.

Growing at a rapid rate, the city of Bothell straddles King and Snohomish counties and is just minutes away from Woodinville wine country, Bellevue shopping and Seattle entertainment. It’s recently gotten a new city hall and a number of mixed-use apartment and retail projects.

Bothell was officially incorporated in 1909. After World War II, new neighborhoods were built as better roads were paved, dramatically expanding the population from around 1,000 to more than 30,000 residents as of 2006. It was mostly a bedroom community for people working in Seattle until the 1990s, when biotechnology and software businesses began expanding to the area, and a campus of the University of Washington was built there. In 2010, the city began a $150 million program to redevelop its downtown.

Take a day hike to nearby Bridal Veil Falls, get a spa treatment, go shopping, eat at Russell’s Restaurant, or go on a craft beer or distillery tour. Bothell also boasts the Sammamish River Trail, an 11-mile paved path that winds along a meandering river. There’s plenty to explore in Bothell.

Bothell is part of the Northshore School District and also is home to Cascadia College and the University of Washington Bothell.

The average home price you’ll find in Bothell is around  $615,000 and rising fast, while rentals are around $2,300 a month. See what’s for rent or for sale in Bothell.

An incorporated area of King County bordering South Seattle, White Center feels like a small town, with calm and quiet streets and local community meetings held often. Filled with welcoming residents who have lived there for more than 20 years, White Center is like a blast from the past, a community of tight-knit residents who bring over homemade dishes to newcomers.

Though its downtown area, which is centered along Roxbury Street and 16th Avenue, may still feel gritty at times, it’s welcoming new businesses alongside older, more established ones. More than 50% of the community is non-white, including many immigrants from Vietnam, Cambodia, East Africa, Latin America and Ukraine.

An unincorporated suburb of Seattle since the early 1900s, White Center was almost named Green Center. But Hiram Green lost the coin toss with his co-founder, George White in 1918, so that’s that. In the mid-20th century, White Center was home for blue-collar shipyard and Boeing Co. workers and their families. The area is sometimes called “Rat City” due to the presence of a military relocation and training facility located there during World War II. They liked the nickname so much, the local roller derby team named themselves the Rat City Rollergirls. Read more about White Center’s history.

There you have it: Seattle’s best up and coming neighborhoods

Neighborhoods are about location and lifestyle, to be sure. But more importantly, they are about the people who live in them. These neighborhoods offer a variety of lifestyles to meet most anyone’s needs. We hope this guide to the best up and coming neighborhoods in Seattle helps you make the right choice to fit your lifestyle.

If you decide to move in or to Seattle don’t hesitate to reach out. Need to move quickly? We also provide last minute moving services to Seattle and other nearby cities such as Portland should you be interested. Good luck with your move!