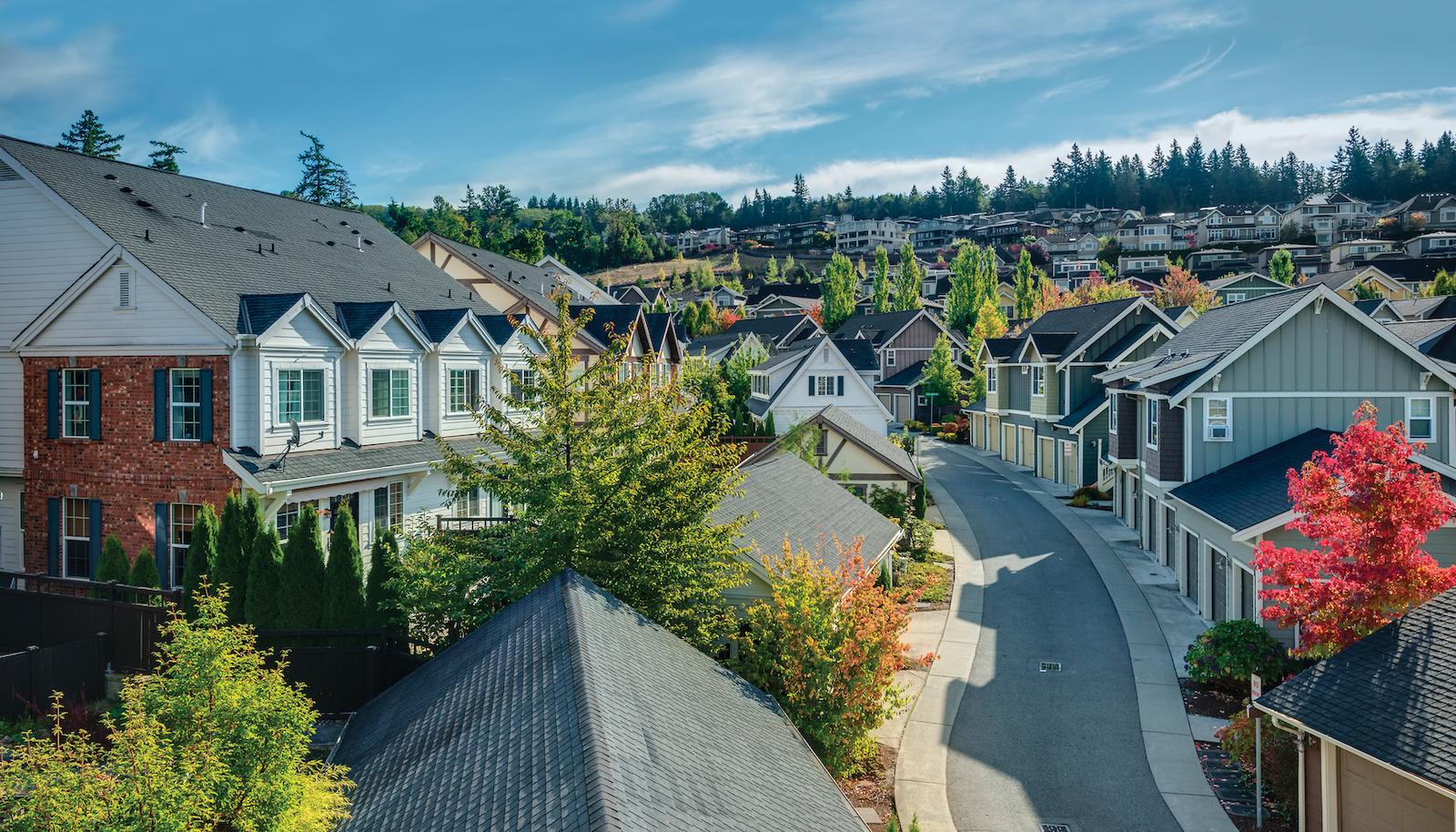 Best Neighborhoods for Families in Seattle (The Essential 2022 Guide)

Moving to a new city is always challenging. And a large part of that challenge is looking for a place to live, especially when you have a family. There are so many things to consider when weighing your options—it can be quite overwhelming. That’s why we’ve researched the best neighborhoods for families in Seattle for you, so you don’t have to. You’ve no doubt seen our Seattle City Guide, which includes a short section on a few of Seattle’s most popular neighborhoods (oh, and by way of introduction, we’re Bellhop—Seattle movers and movers throughout the country).

Looking for a place to live outside of Seattle? Check out some of these great cities: Auburn, Bellevue, and Renton!

This list is a more in-depth neighborhood guide meant to examine what it’s like living in each of these highlighted areas.

A Little About Seattle’s Neighborhoods

Seattle is about as much of a family-friendly city you’ll find. It’s got plenty of culture and diversity, great schools and a lot of great museums and family-orientated activities to explore. Whether you’re looking to live in the city or one of Seattle’s suburbs, rest assured you’ll find a neighborhood that’s just right for you and your family. And don’t worry, we’re here to help. So, just for you, here are some of the best neighborhoods for families in Seattle.

Located on the shores of Lake Washington, Windermere is an upscale neighborhood with great views and a secluded atmosphere in the northeast section of Seattle. Though there’s no business district in this area, if you’re looking for a quiet, safe place to raise your family, this is the spot for you, making it first on our list to the best neighborhoods for families in Seattle.

The neighborhood was established in 1910 and named after Windermere in England’s Lake District. Though the original settlers moved there to farm, it didn’t last long, as most of them realized the potential for real estate development for the wealthy. Since this time, not much has changed, as it still remains a quiet, popular residential area.

As we mentioned before, there’s no business district, so there’s no shopping or restaurants within the community. There’s aren’t even any community events. But residents seem to love that aspect of living there. There are, however, amenities such as a playground, tennis courts, and a lakefront beach. And the Burke-Gilman trail runs right through the neighborhood. Also, there is easy access to the business district along Sandpoint Way, which has lots of dining and shopping options.

This is another neighborhood popular for families, partly because of Madrona State Park, a beautiful place to have a picnic, go for a run or swim in the lake. Though it’s close to Capital Hill and the Central District, Madrona is still quiet and quaint. And this neighborhood has one of the lowest average commute times in the city, just 22 minutes, making it a convenient choice on our list of best neighborhoods for families in Seattle.

Madrona was named after the native trees that covered the hillside. One of the first attractions there was Madrona Park, lakeside swimming, boating, walking and picnicking area. Eventually, Lake Washington Boulevard was built so drivers could enjoy the view of the lake. During the Civil War, racial tension was high and violence erupted at different points in time. During the 1970s, racial tensions subsided and Madrona maintains its ethnic diversity.

One public school and four private schools are in the area, including Epiphany School, The Valley School, and Madrona K-8.

With a small-town feel right in the middle of downtown West Seattle, the Junction, or simply Junction, has tons of shopping, dining, and entertainment venues. Doesn’t sound too family-friendly? C’mon, just because it’s right where the action is doesn’t mean it’s not family-friendly, too. There is so much to do that you and your family don’t even have to leave the neighborhood, making it an awesome choice on our list to best neighborhoods for families in Seattle.

The name comes from two streetcar lines that connected at California Avenue and Southwest Alaska Street back in 1907. The Junction quickly became the commercial center of West Seattle, and though it’s seen its share of ups and downs, this area has a strong connection to Seattle.

The Husky Deli is a neighborhood establishment that’s been selling ice cream and groceries since the 1930s. Easy Street Records is a new and used music store that also serves up a great brunch. It’s a great place to take your kids to introduce them to music if you’re an audiophile. There’s also Bakery Noveau, because what kid doesn’t love bakeries? Honestly, there’s so much to do and see and taste in this area, we couldn’t possibly list them all.

Alki Beach is nearby as well, a great place for a family day of fun. The Junction is very walkable and holds events like art walks, open mic nights (just don’t let the kids drink until their 21), outdoor movie nights, and it’s also home to the only bowling alley left in town, West Seattle Bowl. Or, to get out in nature, check out Camp Long and its hiking trails, climbing rocks and newly-constructed ropes course.

There are plenty of schools in the area, including Bright Horizons at West Seattle, Genessee Hill Elementary School, and the Holy Rosary School, among others.

Most of The Junction is full of homeowners, but there is a rising number of renters in the area. It’s got a mix of early-20th-century Craftsman homes and new apartments. Homes on average go for around $806,000 while apartments rent for $2,500, on average. See what’s available for rent or to buy.

Just east of the University of Washington is Laurelhurst, a fancy-sounding neighborhood because, well, it is fancy. The homes in this community are large and the views are impressive. But it’s not snobbish. In fact, it’s quite the opposite, as residents are close-knit and everyone watches out for their neighbors.

Laurelhurst is located on the peninsula in Lake Washington and though it’s not a large neighborhood, it’s got a number of things going for it, like it’s proximity to nationally-recognized Seattle Children’s Hospital and its assortment of amenities. Many of the residents in Laurelhurst are affiliated with the university, and it’s also a convenient place for people who commute via State Route 520 to companies like Microsoft and Nintendo, both of which are located in Redmond, making it a reasonable choice on our list of the best neighborhoods for families in Seattle.

Early Seattleites used to row across to this peninsula from Madison Beach, and some of those early settlers realized the real-estate potential of the area. Soon, land was being cleared to build houses on, and as the railway made its way along Lake Washington, the area became even more popular.

Laurelhurst is private enough to feel like a separate city with amenities such as its own beach club and Laurelhurst Park and Community Center, yet close enough to the city to partake in shops, restaurants, and venues there. There’s also Sandpoint Way, where you’ll find shops like City People’s Mercantile and University Wines, as well as the Sand Point Grill.

There are five schools in Laurelhurst, three private and two public. Among them are Laurelhurst Elementary School, Villa Academy, and Assumption St. Bridget Catholic Grade School.

House prices average in the $1 millions and rental properties go for around $2,000 a month and up. See what’s for rent and for sale in Laurelhurst.

Nobody knows whether it’s correct spelling is “Wedgwood” or “Wedgewood,” but everyone who lives there loves it. It’s a low-key area with an active community and a great place for families, with neighborhood schools, and an assortment of restaurants, coffee shops and other places of interest. Wedgwood is bordered on the north by Lake City, on the east by View Ridge, on the south by Bryant and Ravenna and on the west by Maple Leaf. It’s about seven miles outside of Seattle, making this a great location on our list for best neighborhoods for families in Seattle.

The wife of the original landowner had a set of Wedgwood china that she loved, and thus, the area was given the same name. The landowner was a developer who, during World War II, had 500 houses built in Cape Cod style to be used for defense workers. And the neighborhood has been popular ever since.

There’s always something going on in Wedgwood, according to its community calendar. In the summer residents hold outdoor movies, the PLANET: HOME sustainable living festival is held there every year. There’s also a playground and a skate park, and places like Top Pot Doughnuts and Grateful Bread Bakery are popular places to bring the kids for a treat.

Our Lady of the Lake Parish School,  Wedgwood Elementary and University Prep high school, among others, are within the area.

There you have it: The best neighborhoods for families in Seattle

Neighborhoods are about location and lifestyle, to be sure. But more importantly, they are about the people who live in them. These neighborhoods offer a variety of lifestyles to meet most anyone’s needs.

We hope this guide to the best neighborhoods for families in Seattle helps you make the right choice to fit your lifestyle. If you decide to move in or to Seattle, don’t hesitate to reach out. Need to move quickly? We also provide last minute moving services to Seattle and other nearby cities such as Portland should you be interested.