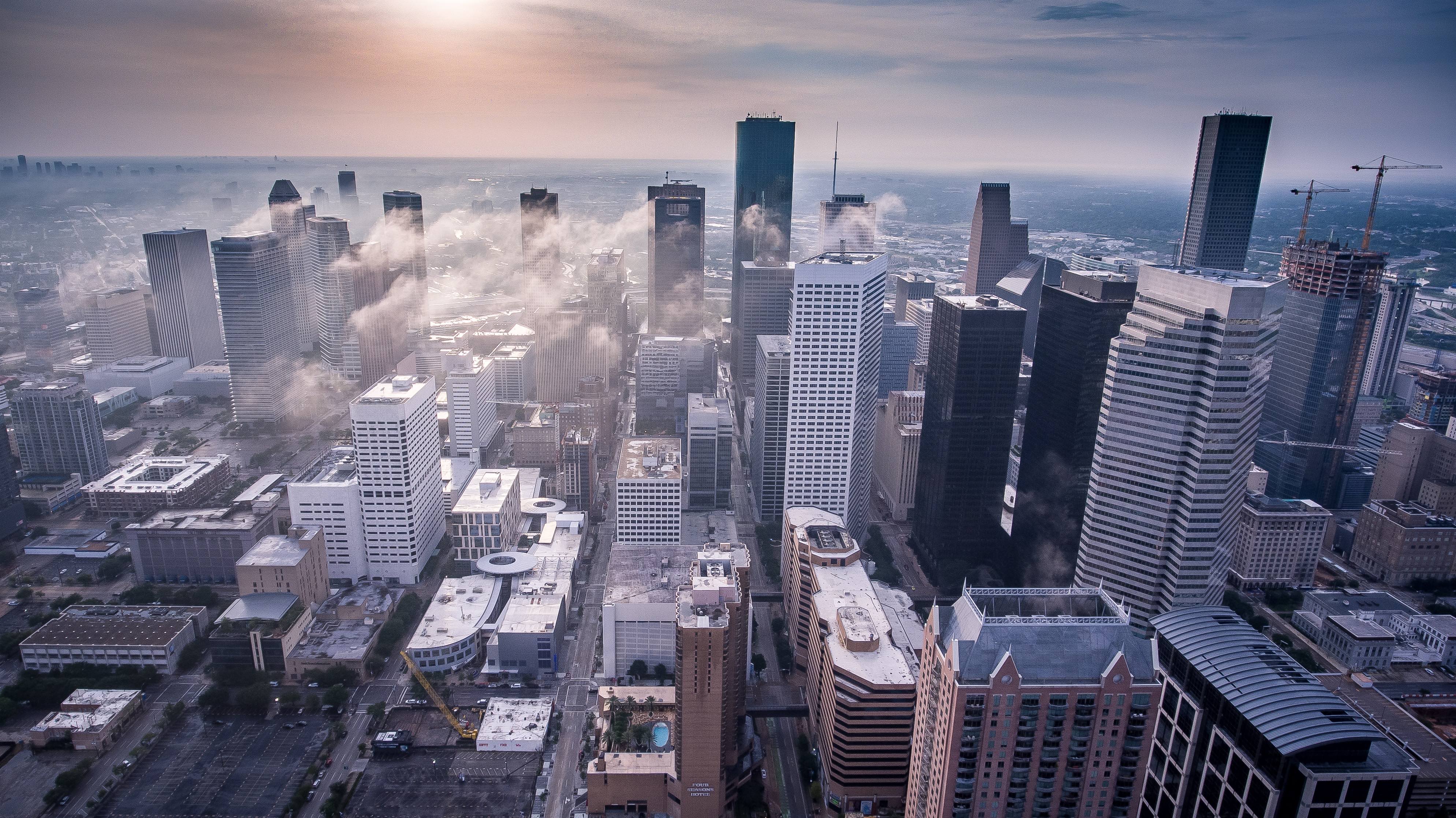 What are the best neighborhoods in Houston? (2021)

If you are considering moving to Houston, you might also be searching for the best neighborhoods in Houston.

Keep on reading and discover five of the best neighborhoods in Houston to call home. We plan to not just skim the surface of these neighborhoods, but instead really dive deep so you can get a better idea of the culture, history, people, eateries and all that other good stuff that makes neighborhoods grand (oh, and by the way we are Bellhop—Houston movers and movers throughout the country.)

The 5 Best Neighborhoods in Houston

Houston is gigantic. In fact, the area of Texas that Houston covers could literally house Boston, New York, and San Francisco —all massive cities in their own right.

So, considering you are shopping for a small spot in a city that is both large and very spread out, means that choosing a neighborhood and more specifically the right neighborhood is imperative. After all, this is where you will be spending a vast majority of your time.

The first neighborhood on our list is what many refer to as the “heart of the Houston” and it is the top dog when it comes to the best Houston suburbs.

Montrose –– Eccentric, Artistic, One of a Kind.

Montrose, probably the most eclectic neighborhood on our list of best neighborhoods in Houston, has something for everyone –– whether you are a creative, an urban explorer or a young techie looking to build the next digital empire.

Montrose is home to some of Houston’s most delicious and diverse restaurants and has an endless list of coffee-shops and nightlife options. Perhaps, one of Montrose’s strongest selling points is that everything is within walking distance –– something that is extremely hard to find in a city that is notorious for being so spread out.

With that said, we recommend Montrose for individuals who are willing to sacrifice spending a little extra on rent to make the city of Houston a bit smaller. If you decide to live in Montrose, you will be able to leave your car parked and walk everywhere you need to go. Montrose is also home to a wonderful arts culture. So, depending on whether you love or hate art, you should also keep this in mind.

If you are planning on visiting the neighborhood for a day. We recommend you check out Blacksmith for coffee and breakfast (home to what locals call the best sausage biscuit in town). And then, head down to Westheimer where you can do some shopping at one-of-a-kind boutiques, thrift stores, and antique shops.

As Houston continues to burst at the seams with new people looking to make the city their home, housing prices have shot up. Because of this, The East End has become one of the most popular if not best Houston suburbs. Today, it’s an ideal location for young first time home buyers looking for a welcoming open-minded neighborhood that isn’t going to completely decimate their funds. In fact, if you are lucky, you can still find a quaint comfortable bungalow for under $200,000.

If you are planning on visiting this neighborhood, try and time your visit on a Sunday where you can spend part of your day perusing the East End Street Market –– a farmer’s market where you can find tasty organic juices, fresh produce, and artisan cheeses.

We don’t recommend the East End for apartment hunters or anyone looking to be in a more fast-paced bustling environment (but we will certainly touch on a few faster-paced neighborhoods momentarily). However, if you are looking for a laid back earthy place you can call home –– the East End is certainly the neighborhood for you.

The Heights makes our list of best neighborhoods in Houston because of its beautiful meshing of history and outdoor activity. The Greater Heights Area is home to seven historical districts dating all the way back to the 1800s, easily making it the most historic neighborhood in all of Houston.

Recently, this area has seen an electric revitalization with the renovations of the Heights Theatre –– a concert venue where you can catch a show a few days a week.

The historical feel of The Heights has crept into the neighborhood’s culture as a whole –– like 19th-century neighborhoods of the past, it is a very tight-knit friendly community where everybody knows everybody’s name.

In addition, The Heights has both ‘hike-and-bike’ lanes as well as plenty of trails scattered across the neighborhood making it the perfect place for outdoor enthusiasts, dog walkers, and cyclists.

If you are planning on visiting The Heights, we recommend you take a stroll through 19th-street and take in the beautiful historical architecture and endless shops. And, if you are looking for a sugar rush, check out Hugs & Donuts, a neighborhood favorite.

The GOOF –– For Young, Hip Families

If you walk the streets of The GOOF on the weekends, you will notice something interesting that has become a scarcity in United States cities today… everyone is out, playing, walking, gardening, picnicking and socializing.

And like we mentioned earlier, that The GOOF is one of the safest neighborhoods in Houston, makes it a great place to raise kids –– it’s not uncommon for children to be running around the neighborhood, playing together with their friends –– it’s just that safe of a place.

If you happen to be visiting The GOOF for a day (perhaps considering a move there), we recommend you check out Doyle’s, a 60-year old neighborhood favorite, serving up old-school pizza, pasta, and Italian fare. And then, perhaps walk off the calories at one of the best parks in the neighborhood –– T.C. Jester.

Midtown –– The Oddest Yet Coolest Neighborhood in the City

Midtown makes our list of best neighborhoods in Houston simply because it is home to a vibrant sustainable community right in the middle of the city –– something that is anything but easy to do. This area is extremely walkable and has a rail system the runs right through it, making downtown extremely accessible to Midtown residents.

Between Midtown’s street-beautification projects and the recent fruition of Midtown’s arts-and-culture center, MATCH, this area of Houston has transformed into a stunning place to call home.

If you are thinking about visiting Midtown for a day, all that we recommend you do is walk around. The area itself is an incredible sight, filled with art and architecture and plenty of delicious restaurants within walking distance. Also, if you have a big goal that has been keeping you up at night, you may consider writing it down on the “Before I die” chalkboard.

As you can see, Houston is packed full of amazing neighborhoods, all of which sport their own set of advantages and unique personality. With that said, not everywhere in the city is safe. We wanted to give you a few Houston neighborhoods to avoid while you’re on your search. Houston is home to two of the more dangerous neighborhoods in the United States –– The Third Ward neighborhood and Sunnyside. According to Chrons, residents in this area have a (1 and 13) chance and a (1 and 11) chance of being a victim of a crime in one year of living in this area –– making them two Houston neighborhoods to avoid as you are on your search.

There you have it: the 5 best neighborhoods in Houston

We imagine you have a pretty good idea of just how amazing Houston is, but if you need a reminder, we wanted to share a few lesser-known insights about the city with you.

For one, Houston is home to 2.3 million residents speaking 145 different languages, which doesn’t just create a diverse culture but also a diverse and delectable food scene. And, in addition to the human residents, there are over 250,000 Mexican free-tailed bats that come out from under the Waugh Drive Bridge every night to hunt and eat mosquitoes. Don’t worry though, they don’t bite, hard.