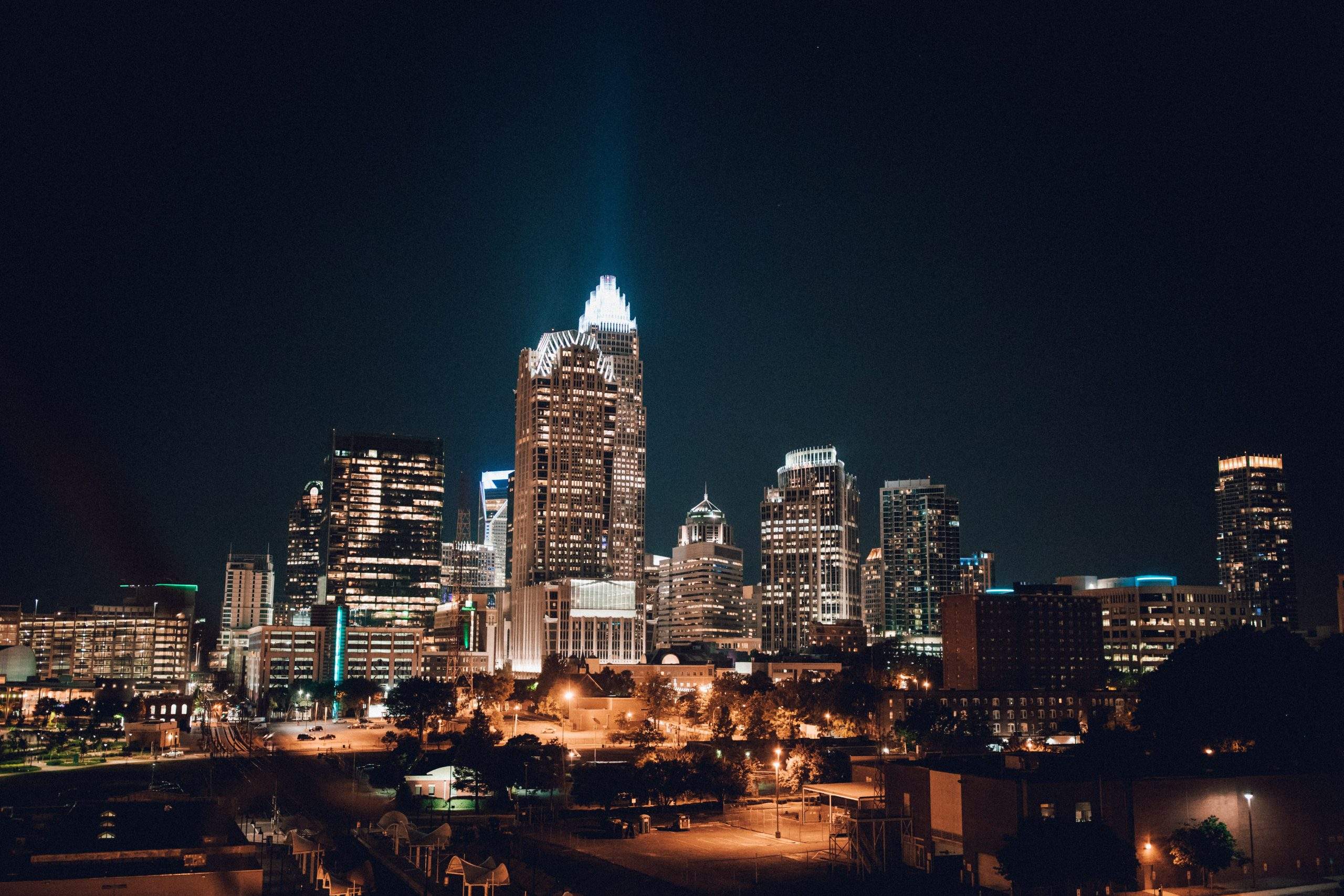 5 Up and Coming Neighborhoods in Charlotte

Moving to a new city is always challenging. And a large part of that challenge is looking for a place to live. There are so many things to consider when weighing your options-house styles, neighborhood safety, quality of schools, the convenience of location-it all can be quite overwhelming. That’s why we’ve researched the best up and coming neighborhoods in Charlotte for you, so you don’t have to. You’ve no doubt seen our Charlotte City Guide, which includes a short section on a few of Charlotte’s most popular neighborhoods.

A Little About Charlotte and its Neighborhoods

Charlotte is the full package. The city offers plenty of entertainment options for sports and racing fans (NFL, NBA, NASCAR – you name it) and outdoor destinations (mountains, nearby beaches, lakes, and the U.S. National Whitewater Center). It features charming residential areas and boasts of a booming financial sector and tech industry. And it’s home to several art museums and the Charlotte Symphony Orchestra, all the while hosting hopping city-wide parties and annual cultural festivals.

In Charlotte, you’ll easily find some of the best dining and drinking destinations in the country. One highly-renowned and can’t-miss spot in the city is chef Rocco Whalen’s Fahrenheit, which has been featured by several local and national magazines and newspapers.

We love the beer in Charlotte too, especially what flows from one of our favorite watering holes, Wooden Robot (check out our list of the best beer in the city if you’re starting to get thirsty). Then, on top of it all, Charlotte dishes out its killer North Carolina Barbecue. And with bellies full, we submissively bow to the Queen City, thanking her majesty for her delicious gifts.

With all these perks, Charlotte has become one of the fastest-growing cities in the U.S. But Charlotte still maintains a lower cost of living compared to the national average. Even while housing prices are billowing with plenty of new residents, Charlotte’s 199 neighborhoods offer plenty of diversity in affordability, culture, and amenities. Below, we’ll zoom in and take a closer look at five up-and-coming neighborhoods in this royal city.

Charlotte’s downtown is so up and coming, they call it Uptown. While tons of people do live here (typically in luxury condos and apartments), it’s largely full of high rises and skyscrapers typical of all big city centers. This central area of Charlotte is divided into four wards, all of which blend some of the city’s best arts, culture, history, sports, and entertainment.

Charlotte’s Uptown packs in the restaurants, rooftop bars, and modern taprooms. Get a wide sampling of the area’s food and drink at the 7th Street Public Market. Visit the NASCAR Hall of Fame. For a taste of the city’s arts and culture, spend a day at the Harvey B. Grantt Center for African-American Arts and Culture, The Mint Museum, or The Bechtler Museum of Modern Art.

For nightlife spots, check out The Imperial jazz and cocktail lounge, the EpiCentre for stand-up comedy and dancing or AvidXchange Music Factory for live shows.

Schools in the area include Charlotte Mecklenburg School, Davidson Middle School, and Charlotte Lab School among others.

Uptown is stacked with apartments, but it also offers many beautiful single-family and townhomes. Here are some of the current houses for sale and homes for rent in the area.

Located on the east side of Uptown, Plaza Midwood (or just “plaza” as it’s locally known) has seen some major changes in the past decade. Housing prices have risen drastically, and its wide, walkable roads have filled up with hip bars and new restaurants.

Plaza emits a sort of grungy, local feel and draws lots of young professionals, some families, and several empty nesters who want a nice home, a small yard, and a driveway that’ll keep their Mini Coopers off the street. Located close to US-74 and I-277, Plaza is a top pick for locals needing to commute into the city center.

Plaza is home to several breweries – our favorite local spot is Resident Culture which shows off quirky murals in their taproom and creative can-art. For some great brunch, stop by Zada Janes. Midwood Smokehouse serves bbq worthy of a visit from former President Obama. The nearby Central Avenue is lined with antique shops and eccentric eateries. And Veterans Park offers close to 20 acres of green space for neighborhood get-togethers and family picnics.

Schools in the area include Elizabeth Traditional Elementary, Piedmont Open Middle School, and Cato Middle College High School among others.

Plaza is mostly full of newly constructed houses and craftsman-style homes built before World War II. Here are some of the current houses for sale and homes for rent in the area.

Short for “North Davidson,” NoDa is the no-brainer pick for hipsters in the city. It continues to develop but has maintained an authentic, urban vibe – even more so than Plaza. The neighborhood has its own small downtown section with plenty of bars and small concert venues. And the area features taco shacks, tattoo parlors, breweries, and corner shops where you can find local artwork and CBD oil. So should you look for a hip apartment in this hot-spot? No-Duh.

NoDa will stack your weeknights and weekends with its great neighborhood entertainment spots, eateries, and drinkeries. Grab a fish taco at Cabo. Order a pint at one of our favorite Charlotte breweries – NoDa Brewing. Watch an indie punk band at The Evening Muse. Or explore this neighborhood’s unique shops along North Davidson and 36th streets. If you’re looking for some green space, North Charlotte Park is your best bet. It sits right in the center of the neighborhood and a 3-acre grassy lawn, basketball court, picnic area, playground, and walking trail.

NoDa features tons of trendy apartments as well as beautifully renovated homes, many with large front porches and tree-speckled lawns. Here are some of the current houses for sale and homes for rent in the area.

West Side encompasses some smaller neighborhoods like Biddleville, Smallwood, and Wesley Heights. But as a whole, this area of Charlotte is developing rapidly. These neighborhoods were once segregated and divided. But today, West Side has seen a recovery and has become a desirable place to live with arguably the highest ethnic and cultural diversity in the city.

New and old residents live side-by-side. Long-term locals wave from the porches of their old shotgun homes to young professionals who have recently moved to the area. Neighbors gather for chili cook-offs and neighborhood picnics. And the Biddleville-Smallwood Community Organization continues to build unity between these once separated neighborhoods.

What’s Happening in West Side

West Side is home to several bars and breweries, including Blue Blaze Brewery that features an outdoorsy-hiker kind of feel. Try their S’mores Blonde Ale, brewed with cocoa nibs, vanilla beans, and biscuit malt. Charlotte’s 37 mile-long greenway runs through the West Side, and the area is just minutes from Charlotte’s bustling Uptown. And the neighborhood is home to Johnson C Smith University, an HBCU that plays schools like Morehouse and Spelman.

Schools in West Side

Schools in the area include Elon Park Elementary, Piedmont Open Middle School, and Independence High among others.

Homes in West Side

West Side offers lots of newly renovated homes and new constructions. Here are some of the current houses for sale and homes for rent in the area.

South End is stock full of young professionals. The area boasts of fancy grocery stores, luxury apartments, and tons of hip fast-casual dining spots. Fast-growing and central in the city, South End has become one of the most popular spots to live in Charlotte, especially for locals looking for an easy commute on weekdays and a quick scooter-ride to Uptown’s hottest destinations on weekends.

If you’re a beer-drinker, you’re in the right spot. Nearby, you’ll find several breweries, including Sycamore, Wooden Robot, The Unknown, Lenny Boy, and Triple C. For a killer cocktail and dancing, stop by the Oak Room.

Schools in the area include Elon Park Elementary, Piedmont Open Middle School, and West Charlotte High among others.

Trendy housing mixes amidst South Ends neighborhood shops and art galleries. Here are some of the current houses for sale and homes for rent in the area.

There you have it: 5 up and coming neighborhoods in Charlotte!

We hope this was helpful, and if you decide to take the plunge, don’t hesitate to reach out to your friends here at Bellhop. As we said, we coordinate long-distance and local moving services in Charlotte, and we would love to help.