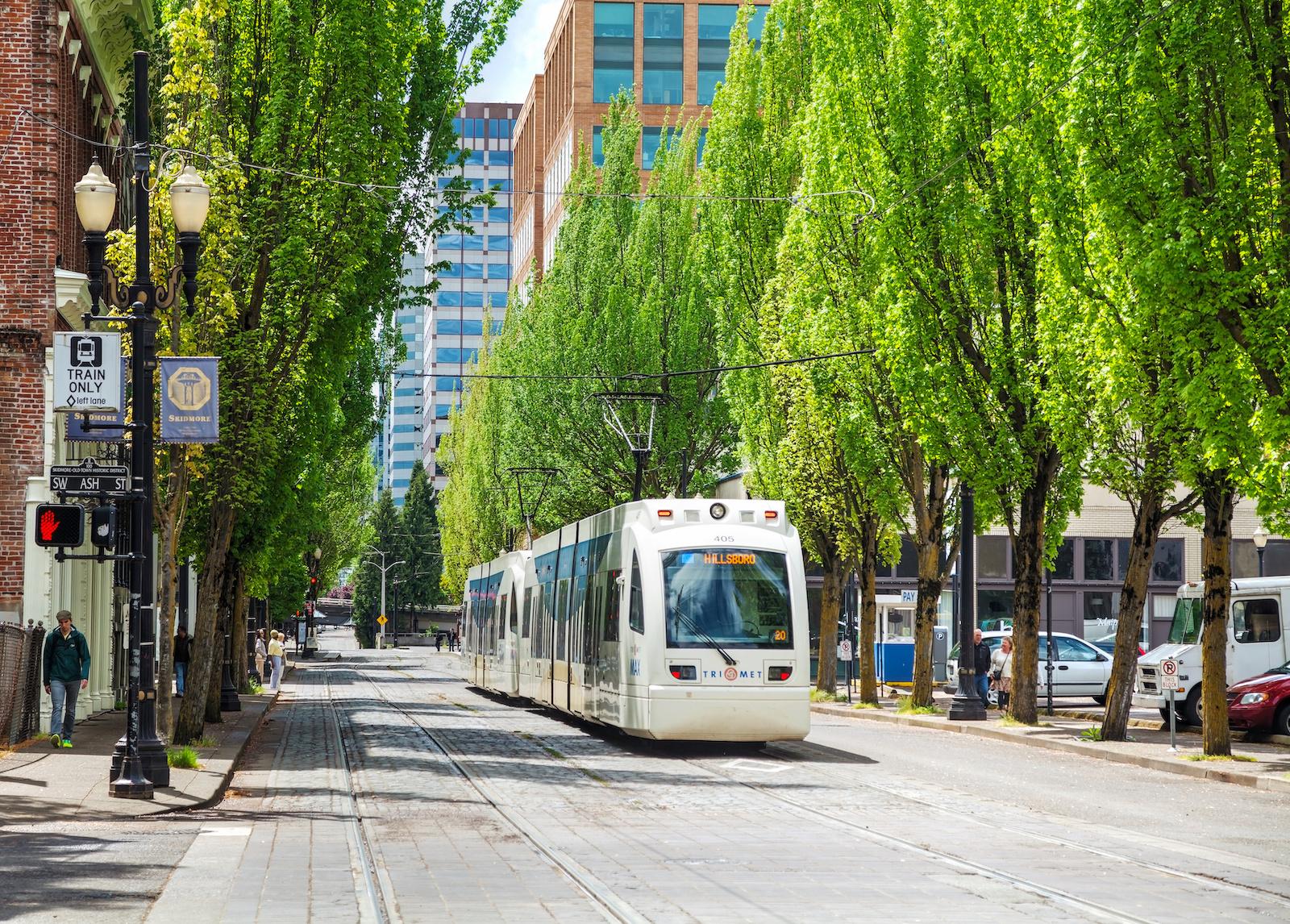 The Best Neighborhoods in Portland (A 2022 Guide)

The Best Neighborhoods in Portland

Moving to a new city is exciting and challenging, and a large part of that challenge is looking for a place to live. We can help. We’re Bellhop, and we help people move to their new homes in Portland, also offering long distance moves in Portland. We know the neighborhoods, and we’re going to share everything we know with you.

Moving to Portland: What you Need to Know

Portland vs. Seattle: It’s an ongoing debate in the Pacific Northwest – which city is more green, cooler, weirder, has the best coffee, beer, more sunshine, less taxes… etc. The real answer is that both cities have a lot in common, but your dollar goes a lot further in Portland. So if you aren’t locked into a specific location due to your job or other obligations, and are thinking about making a move to the Pacific Northwest, we’d suggest checking out Portland. All the green goodness and progressive vibe of Seattle, without the budget strain.

But one note of warning: Portland is nowhere near as affordable as it was just a few years ago. If you’re coming from a big, urban area it will still seem inexpensive – but it’s no longer the city where you could reboot your life at a low cost and still be comfortable. And speaking of comfort, there’s a lot of people here who lack even the most essential comfort- a roof over their heads. It’s a sad situation that can lead to frustration on everyone’s part.

All that said, let’s get you oriented. Portland is separated into six sections – locals call these the city’s “quadrants” –  North, Northeast, Northwest, South, Southeast and Southwest. The dividing line between north and south is Burnside Street, and the Willamette River defines the line between east and west. These quadrants are home to more than 90 neighborhoods.

Our favorite Portland neighborhoods are listed below. Each has its individual charm, unique attractions and benefits. One of them is sure to be perfect for you.

If you love urban life, the Pearl District is the neighborhood for you. Located in the heart of downtown, it’s one of the city’s most desirable neighborhoods for young professionals looking for great nightlife, restaurants and a lively arts scene. But it’s also great for folks with young kids who want to be close to family-friendly activities. The Pearl was once a gritty working district, but its warehouses and loading docks have been transformed into an upscale, walkable neighborhood that you’ll be proud to call home.

What’s Happening in the Pearl District

The Pearl has so much going on it’s hard to keep up. If you’re a fan of bookstores, then check out Powell’s City of Books, the world’s largest independent bookstore. Or go to the Lizard Lounge, where you can find clothes for everyone, featuring local and global brands. It even has a ping-pong table and live music. Then there’s Lovejoy Bakers, a great place to get lunch, a pastry or a variety of bread. And the restaurants! From fine dining to casual joints, The Pearl has plenty of places to eat, drink and be merry. From Mediterranean Exploration Company to Oven and Shaker there’s so much to explore in the Pearl District’s foodie scene.

Schools in the Pearl District

Homes in the Pearl District

The Pearl District doesn’t have detached, single-family homes, but it does have a lot of condos, lofts, and some townhomes. Average rent for a one- bedroom place here, and throughout much of the city, is $2,050 but expect to pay more for a townhouse or a luxury condo.

Nob Hill is the Northwest District, also known as just “Northwest” is a densely populated retail and residential neighborhood in the—yup, you guessed it—northwest section of the city. It’s a small area, at only 976 acres, but has more than 14,000 residents. This area is trendy with boutique shops, restaurants and cafes. The Portland campus of Linfield College is in the neighborhood, along with the Dove Lewis Emergency Animal Hospital. The Portland Streetcar system links Nob Hill to the Pearl District, the Downtown Cultural District, Portland State University and the South Waterfront area.

Like The Pearl District, there is plenty of shopping, restaurants, and coffee shops in this area. Places like Zelda’s Shoe Bar and Music Millennium, a neighborhood record shop that’s been open since 1969. Paley’s Place is a great place if you like French cuisine, and if you’re a chocoholic, then Moonstruck Chocolate Cafe is for you.

There are 22 public and private schools within two miles of the center of the Nob Hill neighborhood. Among the most notable are Albina Youth Opportunity School, the Metropolitan Learning Center, and Childpeace Montessori School.

There’s a variety of housing in Nob Hill, from brick apartments to condos and townhomes and newer and historic detached single-family homes. Median sale price is $605,000 but prices can quickly climb to more than $1 million.

Score another one for downtown Portland. While this isn’t an official Portland neighborhood designation, the West End – which has been described as an “oddball little pocket” is a hidden gem between West Burnside and Southwest Morrison St., stretching from Southwest Broadway to SW 14th Street. It’s next to the Pearl District, bookending Powell’s City of Books. This emerging community is quickly filling up with unique shops and making a name for itself as a fashion and design hub.

West End is definitely an outlier when it comes to Portland neighborhoods. It’s funky and fashionable, trendy and forward-thinking, a neighborhood, yet not a neighborhood. It’s where creativity meets fashion meets the nightlife. Places like Union Way, Bridge & Burn and Self Edge are highly-popular shopping destinations, while noodle bar Boxer Ramen, Stumptown Coffee, and Clyde Common are eateries that pull in the happy, hungry crowds.

Jackson Middle School, West Hills Christian School, and the Markham School are among the schools that West End residents prefer to send their kids.

In a neighborhood that has something for every taste, and things you never knew existed, it’s only fitting that you’d have your choice of dwellings too. You can find condos, townhomes, apartments and historic, single-family homes in the West End neighborhood, all at fairly reasonable prices for Portland.

Arlington Heights is about as family-friendly as you can get. Located in Southwest Portland, it’s one of Portland’s most scenic neighborhoods, as it’s nestled in the Tualatin mountain range. There are about 300 single-family homes here, and the neighborhood has some of the most renowned parks in the city, with 323 acres of open space.

Arlington Heights is a great place for outdoors lovers, with beautiful, expansive parks reachable within the neighborhood. Residents can access the 10 miles of rails in Hoyt Arboretum within one to three blocks from their homes. Washington Park is one of the most popular parks in Portland, and there’s a lot to see within its parameters. You can hike around it reservoirs, pay tribute to the Holocaust Memorial, stop and smell the roses in the International Rose Garden, take your kids to play on the playground, or take the train to the zoo. The Portland Children Museum is nearby as well.

There are 20 public and private schools in the Arlington Heights area. Some of the more noteworthy are Chapman and Ainsworth Elementary schools, East-West Sylvan and Lincoln High.

The historic homes in Arlington Heights range from Victorian cottages, English Tudors,  and ranch homes to the latest modern styles. About 60% of the houses were built before 1939.

Laurelhurst is mostly made up of homeowners with a strong, active neighborhood association that takes its responsibility very seriously. It’s a little over 10 minutes from downtown and surrounds the neighborhood park of the same name. The community is very walkable and is a great place for families.

We mentioned Laurelhurst is a great place for families and there’s no better proof than the neighborhood’s Laurelhurst Kids Club. This group curates a list of other parents with children within the community and schedules playdates. It also compiles a list of vetted babysitters, reviews of nearby schools and sends email alerts with info like stroller recalls and free swim lessons. The Laurelhurst Theater is a great place to catch a new or classic flick. And we mentioned Laurelhurst Park before. It’s got a spring-fed pond, a soccer field, basketball and volleyball courts, two lighted tennis courts, a horseshoe pit, wading pool, playground, picnic tables, restrooms, and walking paths.

There are a whopping 34 public and private schools in the area, including standouts such as Laurelhurst K-8, Benson High School and Grant High School.

Most of Laurelhurst’s homes are vintage houses that range from bungalows to English/Tudor style structures.

Neighborhoods are about location and lifestyle, to be sure. But more importantly, they are about the people who live in them. We hope this guide helps in your decision-making process.

If you decide to move to any of the neighborhoods in Portland, don’t hesitate to reach out if you need advice, hints or a friendly moving company to help you haul your stuff. We are Bellhop, and we would love to help make your cross-country or across-the-street move to Portland as hassle-free as humanly possible.