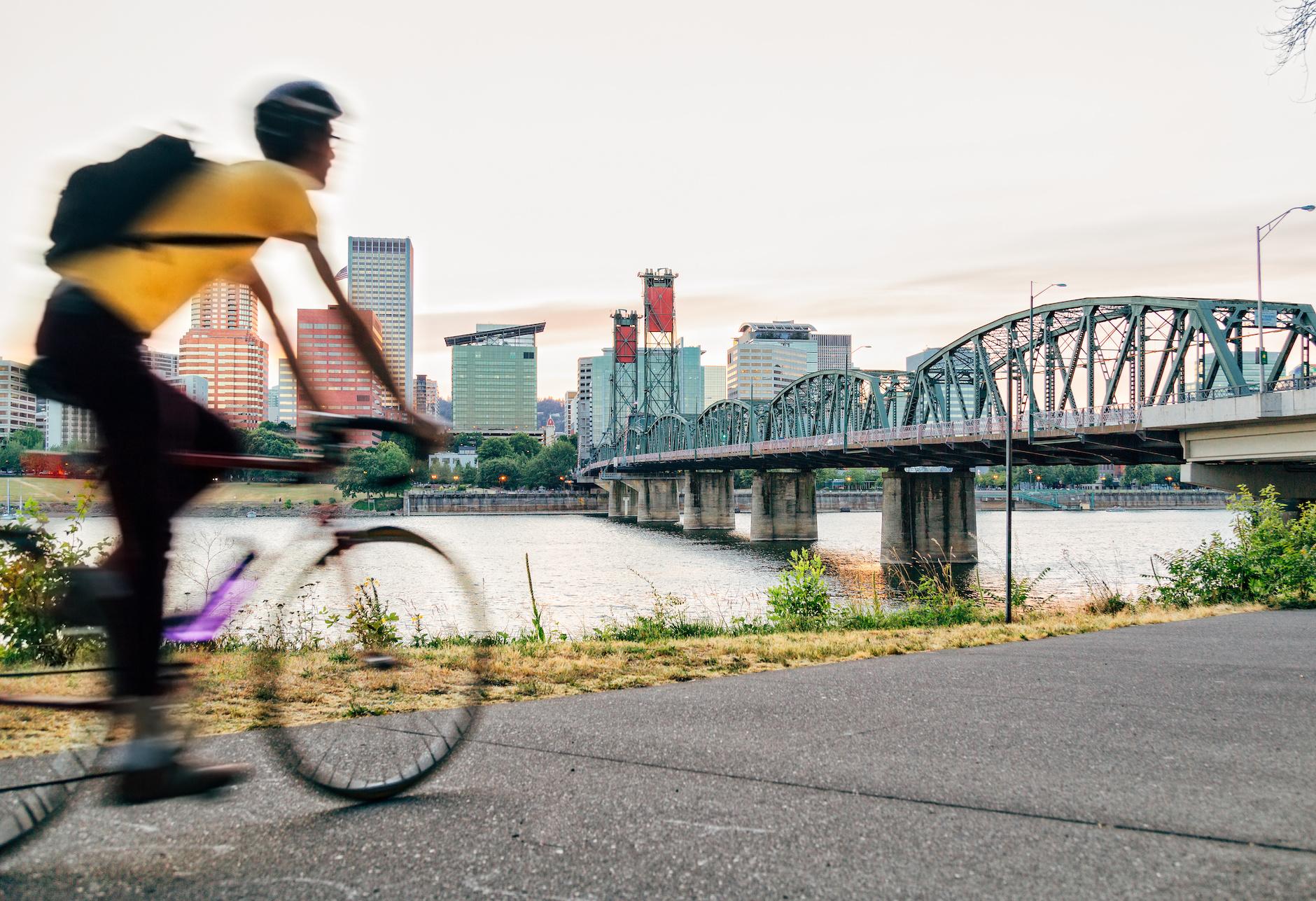 The Best Neighborhoods for Families in Portland (2022)

Moving to a new city is always challenging. And a large part of that challenge is looking for a place to live. There are so many things to consider when weighing your options-house styles, neighborhood safety, quality of schools, the convenience of location-it all can be quite overwhelming.

That’s why we’ve researched the best neighborhoods for families in Portland, so you don’t have to. You’ve no doubt seen our Portland City Guide, which includes a short section on a few of Portland’s most popular neighborhoods (oh, and by way of introduction, we’re Bellhop—Portland movers and movers throughout the country).

This list is a more in-depth neighborhood guides meant to examine what it’s like living in each of these highlighted areas, with links to popular destinations, as well as available houses for sale and apartments for rent.

A Little About Portland

This once-misfit city of self-proclaimed weirdos is the current hot-spot in the mainstream spotlight. With amazing restaurants, breweries, distilleries, coffee shops, events, music venues, art, and outdoor destinations, Portland is one of the best cities to live in, and each year its drawing thousands of new residents.

When analyzing the neighborhoods of Portland, it’s easiest to split the city into four quadrants. These quadrants are divided by Interstate 5, Highway 26, and Interstate 84. And many locals refer to the Westside and Eastside of the city.

Westside holds most of the suburban or residential neighborhoods in Portland with more newly constructed homes and condos. This area of the city has some of the best schools, the residents are diverse and more affluent, and transportation to downtown is relatively easy.

The Eastside of Portland has become more densely populated, and development has started to overtake some of Eastside’s long-standing buildings and character-rich neighborhood hubs to make room for new construction and apartments.

This side of Portland holds some of the cities older neighborhoods. Many houses on the Eastside were built between 1910 and 1950, and the area is rich in character and charm. Eastside emits that quirky and delightful Portland local feel with small neighborhood shops, eclectic restaurants, and walkable streets.

So, whether you’re looking for the good schools in the city, best housing deals, or a place where you can easily kick back and enjoy some nightlife, we’ve found the most family-friendly pockets throughout the city’s quadrants. Look below for our list of the best neighborhoods for families in Portland.

Nob Hill is one of the city’s oldest neighborhoods and stands out as authentically Portland. It’s packed with boutiques and locally owned restaurants and sits close to Forest Park’s 70 miles of nature-dense hiking trails. Residents of Nob Hill are commonly found walking or biking to their destinations – usually to Nob Hills great hubs like Pizza Schmizza or City Market NW or to the neighborhood’s plethora of salons, cafes, boutiques, and bars, making it our first choice on our guide to the best neighborhoods for families in Portland.

This district isn’t as expensive as the Pearl District yet, but there’s just as much to do. Besides Forest Park, Nob Hill is close to picturesque rose and Japanese gardens. For some of the best local eats, check out Besaw’s, which serves delicious home-style breakfasts and cocktails. The sunning, light-flooded brewery, Breakside, makes tasty and creative beer.

For sweets, pop into Papa Haydn and sample some late-night cake. Or taste the best bites of ice cream at the close-by Salt & Straw. On rainy days, grab a hot cup of tea at the Tea Chai Te lounge, and head over to one of Portland’s best-known indie-theaters, Cinema 21.

Schools in this neighborhood include Lincoln High School, Chapman Elementary School, Metropolitan Learning Center among others.

One of the tiptop places to live in Portland and located in the heart of downtown, Pearl District is chock-full of chic boutiques, galleries, and dining destinations. But it’s maybe best known for its diverse mix of regional and local breweries. The neighborhood is close to Powell’s City of Books and the Art Institute of Portland, and locals hit the pavement during the monthly art walk, making it a happening spot on our guide to the best neighborhoods for families in Portland.

What’s Happening in the Pearl District

Pearl District is one of Portland’s most walkable areas. And its streets are clad with cobblestone and riverside docks. Previously an industrial area, Pearl District is now one of the most up and coming neighborhoods for young professionals and families. Community events, breweries, restaurants, and local shops all meet here.

Schools in this neighborhood include Lincoln High School and Da Vinci Middle School among others.

Alameda proudly offers some of the best views of the city. From the top of its ridge, locals can scan downtown, the WIllament River and the Cascade Mountain Range. The neighborhood has a low crime rate, good schools, and friendly neighbors who are active in their community, making it an excellent choice for a neighborhood for families in Portland.

Alameda is only a few minutes away from downtown and is considered an arts district.

The Alameda Brewhouse is a hot-spot for locals and offers homey drinks and dishes like their Black Bear Stout and Turkey Pot Pie. Sample an elegant breakfast at the Guilder Cafe. Or explore the Italian meats, cheeses, and wines at Amalfi’s.

Schools in this neighborhood include Alameda Elementary, Beaumont Middle School, and Grant High School among others.

Alameda was originally built by upper-class residents of early Portland history. The homes are large, beautiful, and can be quite pricey, with many cottages, craftsman, Tudor, and bungalows.

This family-friendly neighborhood has some of the best schools in Portland. Its easy public transportation, cute homes, and attractions – an array of shops, vintage vendors, and restaurants – make the historic Sellwood-Moreland the home to many happy Portland families. With beautiful residential streets plus plenty of city amenities, Sellwood-Moreland feels like a mix of urban and suburban, making it a versatile choice as far as neighborhoods for families in Portland.

Sellwood-Moreland is packed with activities for adults and kids alike. It’s home to movie theaters and amusement parks as well as riverfront woodlands and scenic parks. Shop through the streets lined with antique malls and indie stores like Stars and Fuchsia. Or sample some of the neighborhood’s best local restaurants, like Reverend’s BBQ, A Cena, Papa Haydn’s, or Jade Bistro & Patisserie.

Schools in this neighborhood include Sellwood Middle School, Creative Minds Learning Center, and St. Agatha Catholic School among others.

Housing in this area is less expensive than neighboring regions, making it a great spot for younger families or Portlandians on a budget.

Goose Hollow offers some of the best varieties of activities in Portland with a pleasant mix of shops, restaurants, and residential streets. The area’s great location (a walk or bike ride away from downtown), easy public transportation, and affordable homes have piqued the interest of many young professionals and families in the area.

Though it’s only blocks away from the bright and new renovations of the city, Goose Hollow offers its own vibe, which tilts more toward historical and residential. It’s close to some of the best schools in the area, and its homes are tucked away on the western edge of the neighborhood boundary, making its streets feel quiet and private.

Goose Hollow is close to Washington Park, the Oregon Zoo, and the Portland Japanese Garden. Its also steps away from Providence Park, home of the Portland Timbers, the city’s professional soccer team. But there’s more than serene strolls in this neighborhood.

Goose Hollow is close to some of the best schools in Portland. These schools include Ainsworth Elementary School, West Sylvan Middle School, and Riverdale High School among others.

Goose Hollow has some historic homes as well as elegant condos built into repurposed mansions. The are offers both modern and historic housing options, with single-family homes, townhouses, and apartments.

This strip is one of the fastest growing neighborhoods in Portland. The development has created 3,000 new residential units and lots of space for offices and retailers.

The nearby Tom McCall Waterfront Park breaks up the urban development with a wide-open space speckled with water fountains. And the South Waterfront Greenway provides Portland locals with a paved trail along the water’s edge. Sample great dishes at Rosswood, Pizzicato Pizza, Blue Star Donuts, or Muselet.

Schools in this neighborhood include The Cottonwood School of Civics and Science and Benson Polytechnic High School among others.

This high-rise neighborhood is the largest and most expensive redevelopment the city has seen so far.

There you have it: the best neighborhoods for families in Portland!

We hope this guide to the best neighborhoods for families in Portland was helpful, and if you decide to take the plunge, don’t hesitate to reach out to your friends here at Bellhop. Need to move quickly? We also provide last minute moving services!