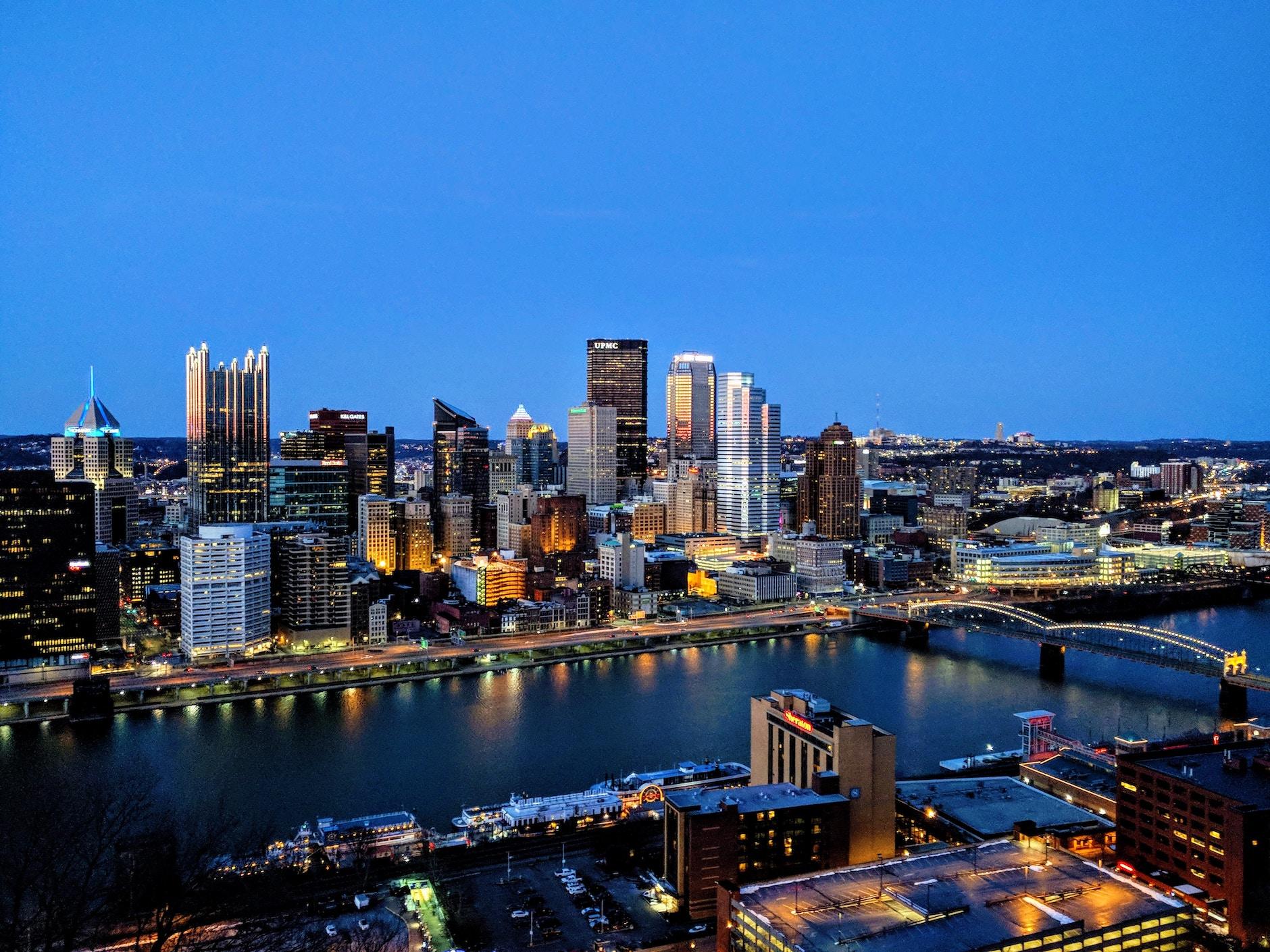 Cost of Living in Pittsburgh, Pennsylvania

Home » Living like a local » Cost of Living in Pittsburgh, Pennsylvania

Pittsburgh is a great place to live, with its lively economy (especially in the high-tech, education, manufacturing and financial services industries), real feeling of community, unique local culture and plenty to do.

And it boasts a reasonable cost of living (5.5% lower than the national average, according to Salary.com). That’s great, but those costs vary somewhat according to which one of Pittsburgh’s 90 neighborhoods you choose for your new home, and your preferences. So let’s dig a little deeper into that data. But first – a quick introduction so you know why you can trust us: We’re Bellhop, local movers in Pittsburgh, and we know The Burgh. We live here, we work here, and we help people move here.

And now, let’s crunch some numbers:

Overall, is Pittsburgh a cheap or expensive place to live?

As noted above, the cost of living in Pittsburgh is very affordable when you consider all that the city has to offer.

Pittsburgh ranked 82 out of 227 in Mercer’s 2022 Cost of Living City Ranking, which rates the affordability of major cities, globally (lower score = more expensive). So not super cheap, but not crazy expensive either.

If you’re coming here from a city like New York (cost of living in Pittsburgh, PA is -47.6% lower than in NYC), San Francisco (-72.4%), Los Angeles (-44%), Seattle (-56%) or Miami (-12%) you’ll likely find Pittsburgh a pleasant surprise. You may need to factor in lower salaries though, depending on your industry and experience.

More fun facts: Pittsburgh’s cost of living is 7.5% lower than Pennsylvania’s average. Costs for housing are notably low, as are goods and services overall. But your utility bill and transportation costs will be higher (2.3% and 5.5%, respectively) than the national average.

How much does it cost to live well in Pittsburgh?

According to the Economic Policy Institutes’ Family Budget Calculator, for a two-parent, two-child family you’d need $81,143 annually ($6,762 per month) to live the good life in Pittsburgh. They base this on spending:

Frankly, in our experience, housing costs will be higher than what’s stated above, and monthly healthcare costs are lower. But we also budget more for entertainment, so it all works out. We’d say the monthly cost of living is likely to be about $7,500 – but your budget may look different.

How expensive is an apartment in Pittsburgh?

A studio in a nice area of Pittsburgh averages $1,450 a month, a one-bedroom will be about $1,650 on average, and a two-bedroom typically costs around $1,996. If you want to live in the heart of downtown, or the almost equally pricy Strip District, you’re looking at $1,650 for a studio, $1,860 for a one-bedroom and  $2,300 for two-bedrooms. South Oakland and the North Side tend to be more expensive than the Southside. You can find lower rents in Polish Hill, Greenfield, Morningside, Stanton Heights and Sharpsburg.

What’s the average cost of a house in Pittsburgh?

Looking to buy a home? Costs are up, as they are in most American cities. The median sale price of all homes in the city is $275,900. Highland Park, Bloomfield, Mount Lebanon, Squirrel Hill, Shadyside top our list of the 5 best neighborhoods in Pittsburgh. And see directly above for other neighborhoods to consider.

What will I pay for utilities, cable and internet in Pittsburgh?

As mentioned above, your utilities will cost about 2.3% more than the national average. Why? Blame the weather. Cold winters and steamy summers – The coldest month in Pittsburgh is January, with an average overnight low temperature of 19.9°. The hottest month of summer is July, where the average daytime high is typically 82.7° mean that you will be using your AC and heating system a lot. You can reduce the cost by using energy efficient, modern heating and cooling systems, and doing all the usual basic things to make sure your house retains cool/warm air.

Total monthly utility costs in Pittsburgh run $300-$350 on average for a 1,500 sq foot space. That includes electricity, heating, cooling, water, and sanitation services. Average up your costs based on the size of your home. And, for high speed internet and cable, figure $150-$200. You can often find bundle deals for half that cost, especially for new customers.

The cost to enroll a child in a full-day private preschool or kindergarten in Pittsburgh is $1,091.67. A year in a private primary school runs about $11,800. And you can get your children a great education for much less, according to Public School Review Pittsburgh has one of the highest concentrations of top ranked public schools in Pennsylvania.

The cost of having fun in Pittsburgh

Go Team! One of Pittsburgh’s nicknames is the “City of Champions” – its teams, the NFL’s Steelers, MLB’s Pirates, and the NHL’s Penguins – are consistently competitive. Get those tickets ASAP, the Burgh loves its sports teams. Tickets prices will range based on team and date of game, but you can expect to pay on average $50-$100 per ticket.

Looking for art? Expect to pay $20 per person to visit the cities great museums, including The Andy Warhol Museum, the Carnegie Museums of Pittsburgh, and the Children’s Museum of Pittsburgh. Live music can be experienced in many venues for the cost of a beer or two. Pittsburgh has over 40 craft breweries to choose from, and some feature music from local and nationally touring bands. Ask your new neighbors to point you to their favorites.

Dinner out? If you’re dining in one of Pittsburgh’s best restaurants – Fig and Ash, Altius, Ji-Gin, Sempre Algo – expect to pay about $150 for two. Average for a great meal at an upscale but casual place is about $50 per person. The city also has many local restaurants that have been pleasing palettes for decades – look for great food at lower prices at pizza/pasta joints, eastern European establishments (pierogis!), and don’t miss the local specialties like Primanti Brothers sandwiches, Eat’n Park Smiley Cookies, pepperoni rolls and chipped chopped ham.

Free fun. You can also have a great time at SouthSide Works, at virtually no cost if you choose to explore the area rather than shop and eat. You’ll find restaurants, bars, workspaces, and walking trails along the Monongahela River at SouthSide Works. There’s often a free event happening too. And the city has plenty of greenspaces to explore.

The cost of groceries in Pittsburgh tend to run 5 percent above the national average. If you’re a single adult with no kids, budget around $4,000 for food, a family of four would need around $8,750.

What you’ll pay to get around the city

Sadly, the cost of living for transportation in Pittsburgh is 8.7 percent higher than the national average. A ride on the Pittsburgh Regional Transit’s light-rail system (known as the “T,”) buses or the two funicular will cost you $2.75 per trip. Grab a ConnectCard transit pass and you can get three-hour free transfer period.

Good news! There are no tolls on any Pittsburgh bridge. Bad news! Pittsburgh has some of the highest parking rates in the nation, $7 an hour/ $18 a day downtown. You’ll need to feed the meters 50 cents to $4.00 hourly depending on location.

For alternatives to private cars, Pittsburgh carries a 69 (out of 100) walk score, 58 bike score and 61 transit score. Not too shabby, but not great either.

Cost of healthcare in Pittsburgh

Are you ready to move to Pittsburgh?

Now that you know the cost of living in The Burgh, if you decide that Pittsburgh is where you want to be, please get in touch with us. At Bellhop our mission is to make moving as easy as possible. We coordinate local moves in Pittsburgh and long-distance moving services to Pittsburgh, so whether you’re moving across town, across the state or across the country – we’re here for you. And let us be the first to welcome you to Pittsburgh!