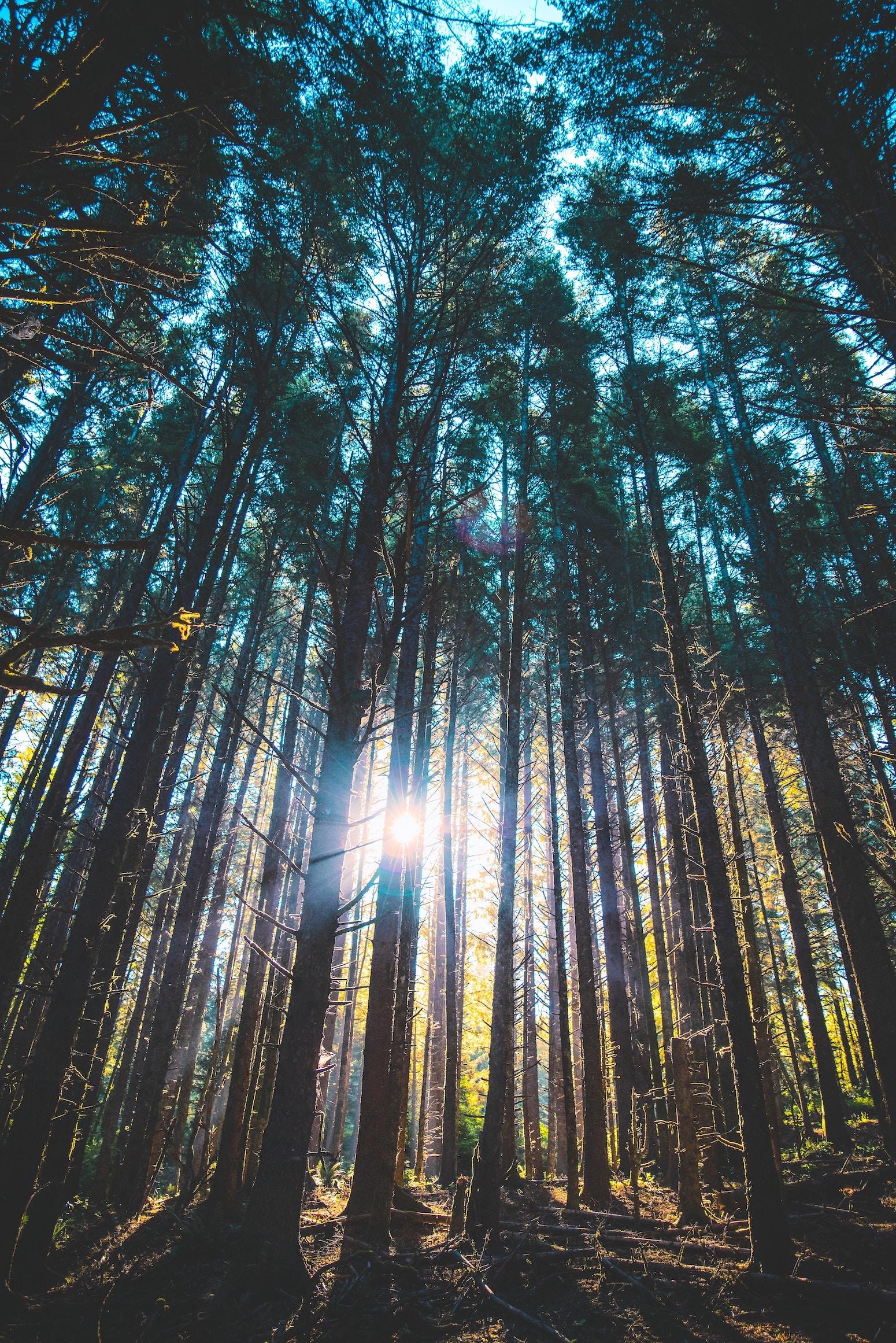 Moving To Oregon: A Guide

If you are considering a move to Oregon, you are in for a treat. This gorgeous state offers a wealth of benefits and endless surprises. In fact, its traits are so varied that just when you think you have this state nailed down, you find that you don’t, and that is part of its appeal.

Here is everything you need to know about being an Oregonian, and when you are ready to make the big move, Bellhop is ready to help.

Oregon is Big on Nature

Oregon may be bigger than you think. It is the 10th largest state. At the same time, it has only 4.2 million people. So what does it make up for in people? Natural scenery, and it’s gorgeous.

Oregon is known for its trees, but as is typical here, there is more to this state. It is one of the most diverse geographies and typographies in the lower 48 states. You name it and the state most likely has it.

You may have seen Oregon’s picturesque beaches and rugged coastlines in calendars. Admiring them while traveling Oregon coast towns is a true treat.

The Cascade Mountains is also home to Crater Lake National Park. The lake is housed in a volcano and is the deepest lake in the world. The deep blue color of the lake seems otherworldly.

Mount Hood, also a volcano, is 11,249 feet tall – the highest point of the state. And Strawberry Mountain is also a standout feature of the Malheur National Forest in the eastern portion of the state.

There are 463 glaciers in Oregon, so break out that ice pick.

Oregon is home to beautiful desert scenery, and it’s huge. The high desert region extends from Central Oregon to the southeast corner of the state, ranging from rolling hills and sharp rock faces to the extreme flat of the Alvord Desert in southeast Oregon.

The Columbia River: One of 55 Rivers

The state has more federally designated wild and scenic segments of river than any other state. The Columbia River offers some of the best salmon fishing in the country. In fact, fishing is one of the state’s biggest draws. Be sure to check out the Columbia River National Scenic Area.

Oregon also shares Hells Canyon with Idaho. The canyon is the deepest river gorge in the country. Some consider it better than the Grand Canyon.

Last and definitely not least are the forests. This state is a tree lover’s paradise. You will find massive redwoods, Douglas-fir, ponderosa pine, red alder, hemlock, and big-leaf maple. It is also the biggest lumber-producing state in the U.S.

Oregon Weather: It’s Not Quite What You Think

Is living in Oregon depressing?

When you think of Oregon, you may think of rain, but overall, Oregon has a mild climate and average rainfall near the nation’s average. It just happens to rain where most residents live: Portland and the Willamette Valley. Once you pass the Cascade Range, the remaining two-thirds of the state to the east is significantly dryer.

Oregon, on the whole, has a mild winter. Harsh winters and cold days happen but are typically reserved for areas within and east of the Cascade Mountains.

Though the weather is mild in Oregon, hot summers do happen, with a few days a year over 100 degrees – even more so the furthest east you go.

Are you active? Then suit up. You’ll have plenty to do.

With all the nature comes ample activities to enjoy them. Enjoy snow skiing, water skiing, hiking, camping, bike riding, ATVing, water rafting, fishing, and wave and windsurfing. Oregon is the windsurfing capital of the U.S.

Oregon is second only to Washington as the most bike-friendly state in the U.S. The cities have advanced bike infrastructure, and you’ll find numerous bike programs, activities, and clubs in the state.

Oregon is green in more ways than one. If you are an environmentalist or, at the very least, environmentally conscious, you’ll feel right at home in Oregon. They are serious about recycling, energy efficiency, and protecting nature. The state is also known to be vegan-friendly. Oregon also sits firmly on the left of the U.S. politically.

What is the best city in Oregon to live in?

In 2021, U.S. News and World Report ranked Portland as the safest place to live in the country and the 8th for best places to live.  It is also one of the environmentally greenest cities in the U.S. This is impressive since it is also the state’s largest city.

Known as Bridge city for its many bridges over the Willamette River, Portland also bridges a wide range of lifestyles. If you have seen the show Portlandia, you know what we mean. The city is home to business elites, hippies, sports fanatics, and outdoor enthusiasts. And Oregon likes its differences. “Keep Portland Weird” is the city’s official motto, and the city competes with Austin to see which is weirder.

It’s Not All About Portland

You can make good money in Oregon, but it’s good to have one or two financial advisors. Here are a few important to learn a few details, starting with taxes.

The Good News: No Sales Tax

Only five states in the county don’t have sales tax, and Oregon is one of them. The lack of sales tax can add up in savings – especially for high-ticket items.

The Not-So-Good News: Oregon Has One of the Highest State Income Taxes in the Country

Although there is no sales tax, you will have to pay property tax and income tax, and unfortunately, Oregon is home to one of the highest income taxes in the country at 9.9%. Budget accordingly.

There are some excellent employment opportunities here, and not just in one industry. Overall, the unemployment rate vs. the country as of 2021 was around 4.7% – solidly average. The average salary is $58,000, or $28 per hour – slightly above the national average of $56,000.

A Home for Techies

Oregon is a tech hub, and this is where the strongest opportunities lie today. Silicon Forest in the Portland metro area is known for a long list of tech subsidiaries, and Intel’s largest hub is located here with over 21,000 employees.

Nike, the largest sports brand in the world, is based in Oregon. It employs 12,000 in the state. Other large employers include U.S. Bank, Wells Fargo, Daimler Trucks North America, and Columbia Sportwear, and Boeing, just to name a few.

If you work in the coffee world, Oregon is known for its amazing coffee, and it is serious about it. Portland ranks number one in the country for coffee lovers, and the state has coffee roasters and coffee shops are everywhere. The state offers highly diverse coffee bean offerings and more than a few coffee snobs.

Welcome to wine country. Oregon’s rich soil and mild climate have made it well known in the wine world. The Willamette Valley has over 500 wineries, including some of the top Pino noir, Pinot gris, and Pinot blanc wines in the world. If you work in the wine industry or are a wine lover, you’ll feel right at home here.

As with coffee, craft beer is huge. The state is home to over 200 breweries and pubs producing beer, and it’s home to four of the country’s largest producers.

Oregon also has extensive farmland. Crops are quite diverse, thanks to their varied growing areas. Farming makes up 13% of the state’s GDP.

With its massive volume of trees, it excels as the highest lumber producer in the U.S.

Is Oregon expensive to live in?

Oregon is growing in demand, which is reflected in some figures. Let’s take a look at the cost of housing and food.

Statewide, the median home price for a home is $447,000, with rates higher in larger cities.  In Portland, the average cost is $540,000. The demand remains high due to the city and the state’s popularity. Many buyers are currently paying over the asking price. Building costs range from $135 to $200 a square foot.

Food Prices: Groceries are nearly 13% higher than the national average.

Other Notable Traits and Quirks

The mild weather is particularly beneficial for gardens. In fact, Portland is also known as “Rose City” with multiple rose gardens, including a 5-acre rose garden inside the city. It is home to the June Rose Festival.

Home to the Biggest Organism in the World

The Blue Mountains is home to the largest organism in the world, the Armillaria ostoyae. It’s a fungus, and it’s huge – 1,665 football fields huge.

In Most Areas, You Can’t Pump Your Own Gas

That’s right. The state does this to maintain safety and liability by preventing fires and slipping.

You read that right. Portland is the largest city not to fluoridate its water.

Here are some drawbacks to the state:

Schools are Rated at the Bottom of the National Average

Traffic is a challenge, particularly in Portland. If you are used to 10-minute commutes, Oregon may take some getting used to

Oregon ranks 12th on the list of natural disaster areas, mainly due to an increase in fires. It also suffers from landslides, debris flows, floods, erosion, earthquakes, and tsunamis.

Summary: Is Moving to Oregon a Good Idea?

If you lean more to the left side of life and value creativity and nature, Oregon is an appealing option, but if you have children, just be sure to choose your school zones wisely.

Bellhop is Ready to Help

Ready to start packing? Bellhop is ready to help with all sizes and types of moves. We even offer a free, comprehensive packing list to make planning easy.