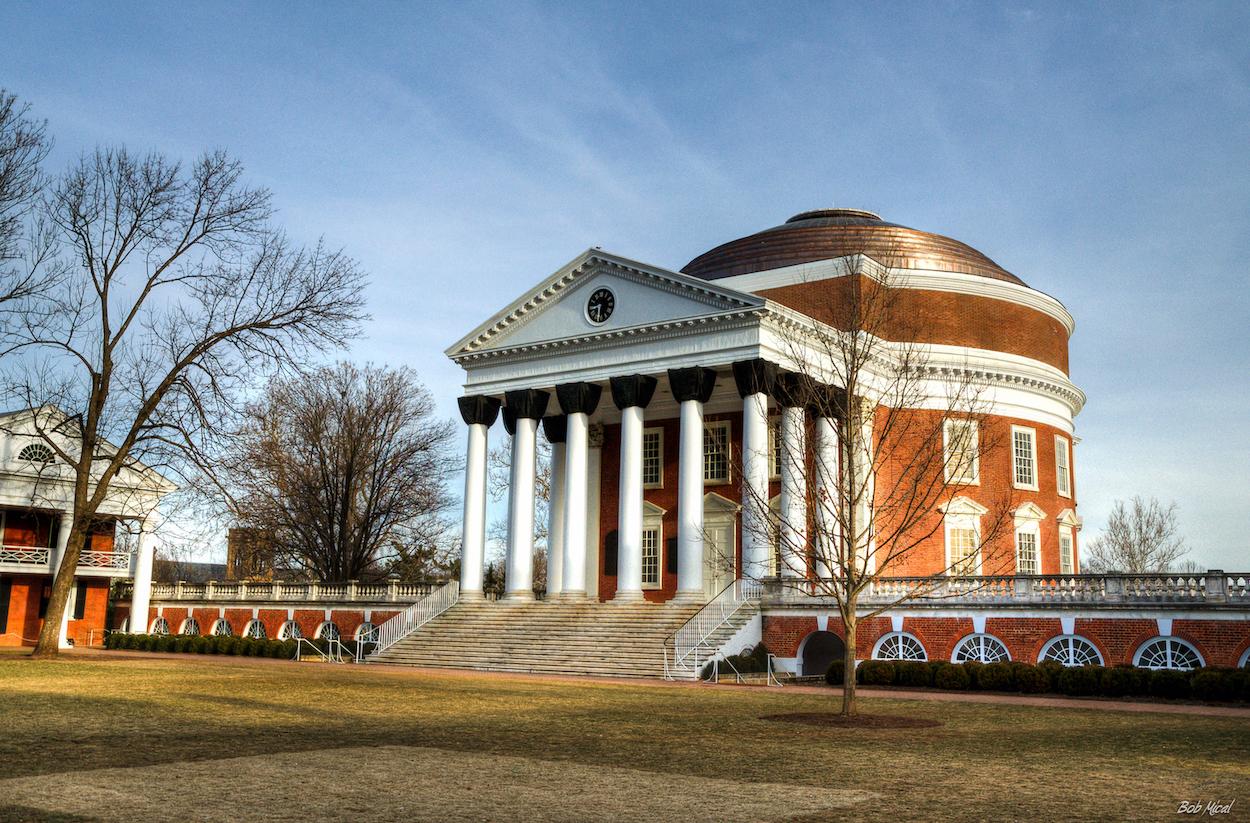 Is Moving to Virginia Right for You? A 2022 Guide.

Everything you need to know about moving to Virginia

Relocating can be overwhelming, especially when it comes to narrowing down places to live. Don’t worry, this blog will help you decide if Virginia is your next big adventure!

If you’re thinking about moving to Virginia, you’ve certainly come to the right place. Also, if you are looking for the best places to live in Virginia, we’ve got you covered.

We’re about to take you on a journey, exploring both the old and the new, uncovering what exactly makes Virginia such a great state to call home (oh, and by way of introduction, we’re Bellhop—movers in Virginia, Richmond movers, Arlington movers, Fairfax movers, Midlothian movers, and Alexandria movers and throughout the country).

Moving to Virginia, a brief overview of the state.

It’s too bad we’re not talking about West Virginia today, we could have opened this section up with John Denver’s iconic song “Take Me Home”…

Almost heaven, West Virginia. Blue Ridge Mountains, Shenandoah River, Life is old there, older than the trees. Younger than the mountains, blowing like a breeze.

Fortunately, with Virginia being so close, many of the features and elements that make West Virginia stunning hold true for its Eastern neighbor. The initial draw to the state of Virginia is its unparalleled beauty.

But, the ocean isn’t the only water that can be enjoyed in Virginia. The state is home to four major rivers that flow into the Chesapeake Bay. These, from North to South, are Potomac-Shenandoah River system, the Rappahannock River, the York River, and the James River. A quick Google search and you will quickly understand why this is worth mentioning. Between these four rivers and dozens of other smaller rivers, the state takes on a National Geographic like beauty that is difficult to fathom. Not to mention, over 217 miles of the Blue Ridge Mountains run through Virginia. So, you’re getting the best of both worlds.

And, with this beauty, naturally comes a considerable amount of outdoor activities. Be it mountain biking, paddleboarding, canoeing, kayaking, surfing or camping you’ll never run out of things to do in this lovely state. And, if sweating just isn’t your thing, we think you’ll enjoy simply sipping tea and taking in the view, too.

Virginia has got some fire-power.

Naturally, this type of military influence changes up the culture some. Take Virginia Beach, for example, in this city alone there are over 60,000 veterans. That’s a lot when you consider the city as a whole has a population of 500,000. Naval Air Station Oceana, located in Virginia Beach, is responsible for over 60,000 military take-offs and landings each year. That’s roughly 165 a day.

So, if you’re concerned about a zombie apocalypse or a foreign invasion, we’re fairly certain Virginia is a safe state to call home. You’re literally surrounded by military personnel at all times.

What are the pros and cons of moving to Virginia?

Virginia, all in all, is a magnificent state. But, like every other state in the U.S., it has some not so great things about it, too. In this section, we’ll be covering what we love about Virginia and what we don’t. Here are the pros and cons of moving to Virginia.

The pros of moving to Virginia… great schools and southern hospitality.

We try to be optimistic here at Bellhop, so to kick things off we’re going to start with the pros of moving to Virginia. For one, Virginia has great schools. The University of Virginia and Virginia Tech, both considered to be among some of the best schools in the nation are located in Virginia. So, if you are a young professional raising a family and want your kids to have access to world-class higher education (for an in-state price tag)… moving to Virginia might not be a bad idea.

And, in addition to the smarts, Virginia is known for being exceptionally polite to. Unlike larger cities like Boston and New York, folks in Virginia say hello when they pass you on the streets, they open doors for you and they aren’t afraid to give you a friendly smile. While this cultural change can take some getting used to, especially if you’re moving from a bigger city, most who experience it, fall in love with it.

The cons of moving to Virginia… nasty traffic congestion (and you can get fined for swearing).

With that said, it’s certainly not all rainbows and butterflies in Old Dominion. Many folks say that Northern Virginia has some of the worst traffic in the nation. With it hugging D.C., the area can become packed like sardines, quickly. If you’re moving from New York, Chicago or Los Angeles… this might not be a concern for you. But, if you’re used to being able to jump in a car and get anywhere in less than five minutes, you might want to think twice about moving to Virginia.

Also, and this is more of a funny/interesting point versus an actual con, Virginia doesn’t have a high tolerance for foul language. In fact, in some areas of Virginia Beach, you can get fined for cursing. Not a problem if you don’t cuss. But, if you have a mouth like a sailor, be on the lookout for “no cursing signs” before you start throwing out some words we can’t repeat here.

A stellar economy and a reasonable cost of living make moving to Virginia a breeze.

Virginia has a rich history of being a rich state. Jamestown, the first capital of Virginia, was actually the first English settlement in the United States and was founded with the sole purpose to increase England’s wealth and power. While Virginia took a tumble in 2008 (not unlike many other US states), it’s economy is on a rip, growing for five consecutive quarters since March 2017. In short, there’s money to be made in Virginia.

Virginia, a wealthy state with a reasonable cost of living.

With twenty-seven military bases in Virginia and it being so close to the Pentagon, it’s safe to say a big money maker for the state is the government. While some say this could eventually be a weakness for Virginia, it’s doing them tons of good right now. Not to mention, with Virginia having twenty-one Fortune 500 companies scattered across the state… Dollar Tree CarFax and Capital One to name a few… we aren’t too concerned.

And, if Virginia has anything going for it, it’s the relatively low cost of living. No, it’s not cheap when compared to the United States as a whole. But, when you compare large Virginia cities to East Coast cities, you’re saving yourself some hard earned money.

What are the best places to live in Virginia?

There are so many lovely cities in Virginia. So, consolidating the list to just three was a challenge for us. With that said, our favorite cities (and the ones we most recommend) are Virginia Beach, Norfolk and Richmond –– all very different flavors but delicious flavors nonetheless.

Join the renaissance in Richmond.

Richmond, Virginia is in the midst of a beautiful renaissance. It’s low cost of living and progressive culture is turning the city into a safe haven for hipsters, creatives and entrepreneurs looking to escape the big bustling cities and march to the beat of their own drum. Richmond is a hidden gem with plenty of historic charm and one we recommend first on this list simply because you’ll have the chance to be a part of something magical happening there. Richmond is also a great place for young professionals too… with 7 fortune 500 companies headquartered there, the opportunity for career growth is endless. If you are thinking of making the leap and moving to Richmond, feel free to give us a call. We’d love to help.

Enjoy the sun in Virginia Beach.

Okay, so we don’t have to sell you hard on this one. It’s Virginia Beach, after all. We imagine you’ve heard of it. Virginia’s largest city boasts over 38 miles of coastline and offers a very unique culture that combines a southern feel with a laid back beach vibe. If you want to jump into a strong economy while also being a beach bum on the weekends, we couldn’t recommend Virginia Beach more.

And, lastly, there is Norfolk.

Norfolk offers a healthy work/life balance. It’s built into the culture. Norfolkians ask what do you like to do before what do you do for a living. They’re more concerned with life versus strictly work and that’s a beautiful refreshing thing for those coming from larger work-centric cities. Norfolk is also home to a growing art scene and one heck of a beer and food culture.

Still on the fence about moving to Virginia?

We’re really digging Virginia. But, maybe it’s not for you? If so, we really encourage you to check out some of our other state guides.