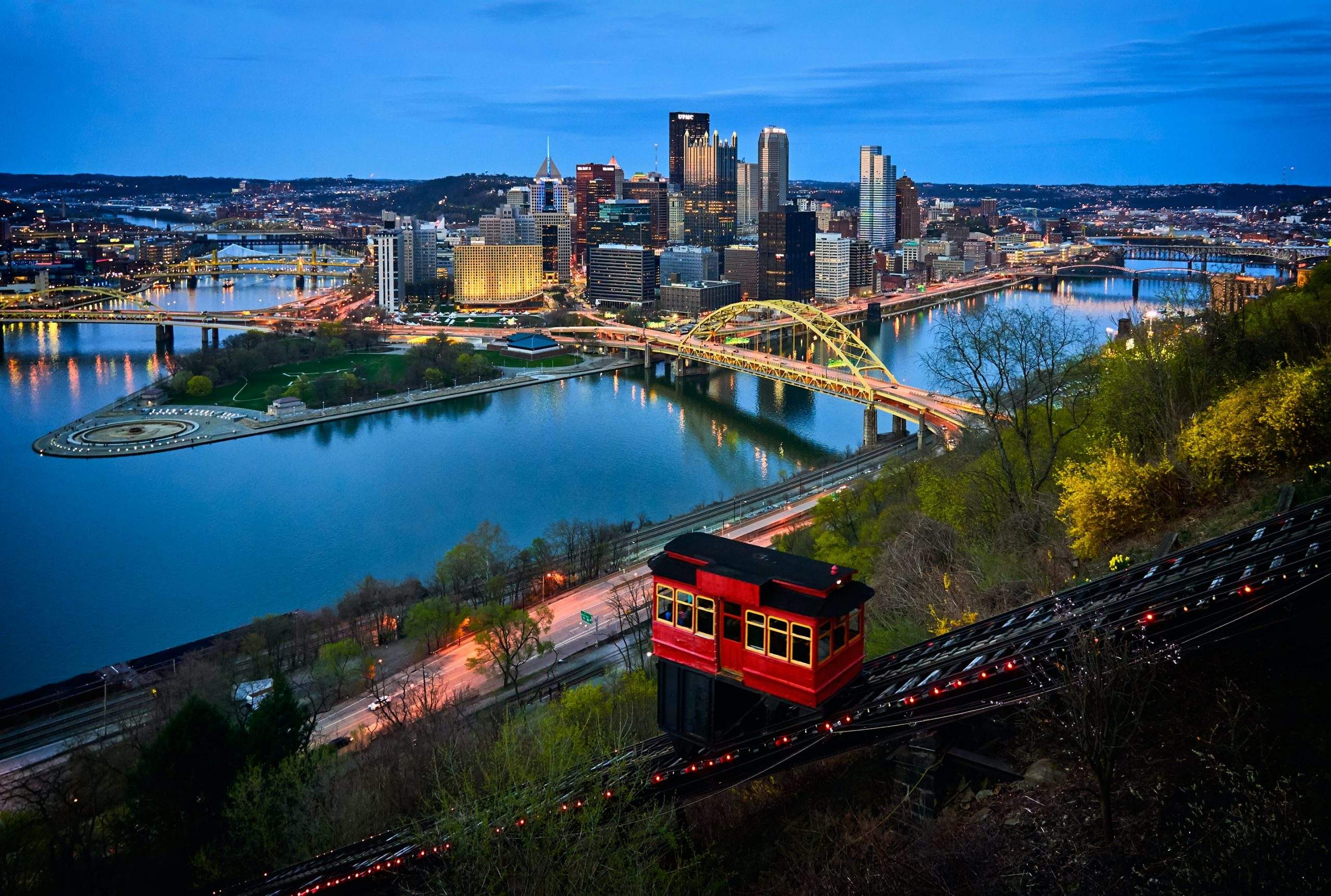 The 5 Best Neighborhoods for Families in Pittsburgh

Moving to a new city is always challenging. And a large part of that challenge is looking for a place to live. There are so many things to consider when weighing your options-house styles, neighborhood safety, quality of schools, the convenience of location-it all can be quite overwhelming. That’s why we’ve researched the best neighborhoods for families in Pittsburgh for you, so you don’t have to. You’ve no doubt seen our Pittsburgh City Guide, which includes a short section on a few of Pittsburgh’s most popular neighborhoods.

This list and our “Best Neighborhoods for Families in Pittsburgh,” “Best Suburbs of Pittsburgh,” and our “Best Places to Live in Pittsburgh” lists are more in-depth neighborhood guides meant to examine what it’s like living in each of these highlighted areas, with links to popular destinations, as well as available houses for sale and apartments for rent (and by the way of introduction, we’re Bellhop—movers in Pittsburgh and beyond).

A Little About Pittsburgh and its Neighborhoods

You may have taken a few childhood trips to Pittsburgh with your high-socked, white-sneakered, disposable-camera-wielding dad. If this is the case, most likely you know what all young visitors know about the city after their middle school field trip – the museums, bridges, and historic landmarks, maybe the Primanti Sandwich if you were especially cultured. And while Pittsburgh is heavily steeped in our country’s history (and French fries), there is a long list of appealing attributes in this city beyond ‘Merican Pride.

Pittsburgh’s defining features include its walkability, architecture, affordable real estate, and high-ranking school districts. It’s one of the greenest cities in the country with a sprawling list of bike paths, hiking trails, and inner-city green spaces. It’s been ranked as one of the best U.S. cities for jobs, one of the safest and most affordable cities in America, and the second most livable city in the country. The city features nationally-renowned new restaurants, it thrives on culture, and recently, it snagged a spot on the National Geographic Traveller’s 2019 ’Cool List.’

On a smaller scale, Pittsburgh’s 90 neighborhoods display the colorful array of the city’s diversity. Each neighborhood offers its own vibe, including cultural pockets, hipster ‘hoods, millionaire meccas, artsy hubs, and historic districts. Below, we’ve narrowed 90 down to 5, giving you the low down on Pittsburgh’s next hottest ‘hoods. Keep reading for the best neighborhoods for families in Pittsburgh!

First on our list for the best neighborhoods for families in Pittsburgh is Polish Hill. With deep historical roots and a promising future of growth, Polish Hill is popping up on our map of up-and-coming Pittsburgh places. Perched between the Strip District and Oakland, Polish Hill has moved over the past several decades from a cultural pocket to an artsy and eclectic hub. But Polish Hill isn’t stamped with gentrification and cookie-cutter apartment complexes. The local shops moving in blend artfully into the historic buildings of the neighborhood. Young and old residents sip coffees or cocktails side-by-side, giving this neighborhood a mash-up feel that is unique to the city.

Within this creative and diverse community, you’ll find beloved spots like Kaibur Coffee and Gooski’s along central Brereton Street. Community gardens and Polish markets add to the small-town charm of Polish Hill. And local events like the May Day Parade pull the community’s knot even tighter.

Schools in the area include Waldorf School of Pittsburgh, St Benedict the Moor School, and Central Catholic High School among others.

Gorgeous old brick and fixer-uppers line the hilly streets of this neighborhood. Check out some of the houses for sale and apartments for rent in the area.

While Uptown boasts of an ideally central location, it had, in the past, put off many potential residents with its traffic-laden Fifth and Forbes avenues. But, with the recent development of the Bus Rapid Transit system from Downtown to Oakland, Uptown’s biggest negative was largely addressed.

Decked with many historical buildings, Uptown is one of the more interesting neighborhoods in Pittsburgh. And its dedication to sustainability, innovative development practices, and inclusive job growth has earned it the title “Eco-Innovation District.”

In Uptown, you’ll find a spread of mouthwatering guilty-foods at Z-Best Barbecue Chicken & Ribs, Pizza Milano, Buford’s Kitchen, and The Souper Bowl. Several coffee shops are within walking distance of many Uptown residents, including Gasoline Street Coffee Company, Cafe Fifth, and Crazy Mocha. And a 1.5-mile walk will take any Uptown-local to downtown Pittsburgh’s most popular spots, like Point State Park.

Schools in the area include Schiller School, Urban Pathways Charter School, and City Charter High School among others.

Still very affordable, Uptown features lots of fixer-uppers and rooms for rent. Here are some of the houses for sale and apartments for rent in the area.

Many Pittsburgh long-term locals can remember the post-industrial rusty decline that hit Hazelwood, with its final defeat in 1998 when the coke works closed down. The neighborhood went from 30,000 residents to 4,000, and in many outsiders’ opinions, that’s where the story would end for Hazelwood.

But a closer look at this neighborhood’s great location (alongside the Monongahela River, close to Oakland, Greenfield, Glen Hazel, and Squirrel Hill) made a few locals and leaders look again. Now, local government, private and nonprofit developers, community groups, and the Urban Redevelopment Authority are working to improve this neighborhood, and its potential is tantalizing.

Things are stirring in Hazelwood. The Dylamato’s Market brought fresh produce to this neighborhood’s streets. The previous neighborhood grocery store had closed back in 2009. Other shops are moving in, like Jozsa Corner Hungarian cafe and La Gourmandine French bakery. And the Hazelwood Greenway has hiking and biking trails that connect with other parks along the Monongahela River.

Schools in the area include Greenfield Elementary School, Propel Charter School, and Taylor Allderdice High School among others.

Row Houses and stand-alone single-family homes fill the housing market in this soon-to-bloom neighborhood. Here are some of the houses for sale and apartments for rent in the area.

Central Lawrenceville blew up a few years ago. But it’s still growing steadily with real estate prices increasing around 5% this year. The neighborhood gained the nickname, “Brooklyn of Pittsburgh” due to its eclectic array of shops, bars, and rowhouses. It’s one of the trendiest neighborhoods in the city. And with easy access to Route 28, getting around and in/out of the city is moderately easy for residents.

This hip hub is home to hordes of bars, a bike shop, bakery, guitar store–the list goes on. Here, you’ll find great chef-driven restaurants, bars, and breweries. Check out some of the best dining spots to get you started – Smoke BBQ Taqueria, Pastitsio, Pusadee’s Garden, Cure, and Franktuary. Then, take a walk down Butler Street for some of the area’s best drinks – from lattes to craft cocktails.

Schools in the area include Jefferson Elementary School, Mt. Lebanon School, and Taylor Allderdice High School among others.

In Lawrenceville, you’ll find low-priced homes right off the sidewalk and plenty of rentals. Here are some of the houses for sale and apartments for rent in the area.

Dormont appeals to families and young professionals looking for a place to settle with more inner-city action than the suburbs. This urban neighborhood sits close to the metro area of Pittsburgh and boasts of nearby schools, parks, book stores, diverse cuisine, and community events. This charming community has a population of fewer than 9000 residents, making it a close-knit one.

Dormont features a range of great dining options. The neighborhood-famous Dor-Stop diner has been a Pittsburgh stable for decades. Other popular eateries include the Mekong, My Thai, Parker’s, and Fredo’s. For drinks, check out R Bar, Breaker’s, or Jamison’s.

Schools in the area include Dormont Elementary School, Keystone Oaks Middle School, and Seton LaSalle Catholic High School among others.

Dormont is the place to find a good deal on a home. If you’re willing to put in a little elbow grease, you’ll easily be able to find a home with great potential at under $100k. Here are some of the houses for sale and homes for rent in the area.

There you have it: 5 up-and-coming neighborhoods in Pittsburgh!

We hope this was helpful, and if you decide to take the plunge, don’t hesitate to reach out to your friends here at Bellhop. As we said, we coordinate local and long-distance moving services in Pittsburgh, and we would love to help.