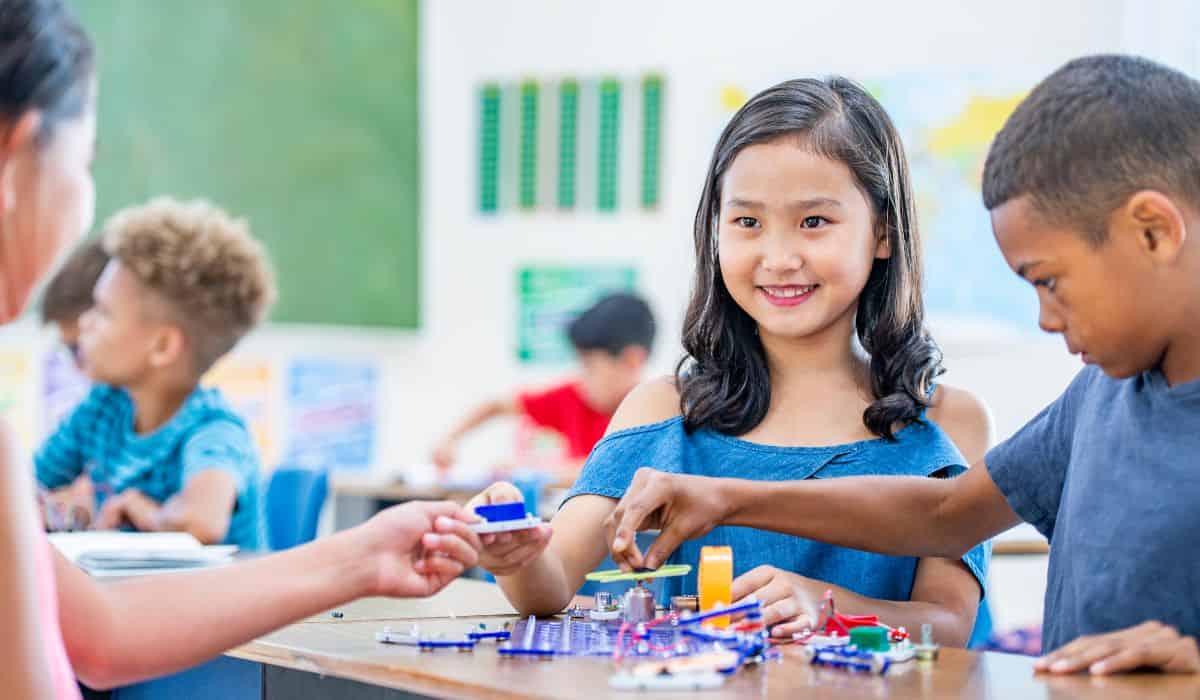 The Best Schools in Washington, D.C

Quick question! Did you know that there are 772 schools in Washington, D.C.? That’s great news if you have kids and are planning a move to the District of Columbia. After all, between public and private schools, you have multiple options to choose from (both in the city and in the suburbs).

Today, we’re going to help answer the big question: what is the right school for your kids? Let’s chat about the best schools in Washington, D.C. and what to expect if you decide to move to the nation’s capital.

How do you find the best schools in Washington, D.C.?

Washington, D.C., is 68.34 square miles, and as we mentioned above, there’s no shortage of schools. The first step to finding the best schools in Washington, D.C., is to figure out whether you want your kids in public or private school. (There are advantages to both.)

Some questions to think about as you sort through schools include:

Read on to learn more about the public and private school systems in The District.

How are public schools in Washington, D.C.?

As a parent, it’s natural to want to know what education is like in the nation’s capital. We’ll start with the District of Columbia Public Schools, one of the city’s largest school districts. The last reported high-school graduation rate was 70.9%.

It was even found that this rate exceeded the goal of the year before by roughly 0.4%, meaning that even more students graduated than in prior school years. (To compare this graduation rate to surrounding areas, the adjusted graduation rate in Maryland is 88.3%, and it’s 92.1% in Virginia.)

Many of these suburbs are also highly rated in areas such as classes, diversity, teachers, and college prep, which should give you confidence that there are many great schools in the District that could be a nice fit for your child.

Here are some of the top public schools in Washington, D.C:

What private schools are in Washington, D.C.?

While these are all great schools, the District of Columbia has 534 total private schools. That means that you have quite a few more options if you want them. Some other great schools in the area include:

As we mentioned above, the suburbs are known for being some of the best spots to attend school in Washington, D.C. Not only do they have higher safety ratings in many cases, but they also tend to have fewer students per teacher (meaning more one-on-one attention), great clubs and activities, and wonderful college prep opportunities.

When it comes to private schools, you can choose from virtually any suburb. However, there are restrictions on where your kids can go to school if you’re going the public school route. That means that you should think carefully about the suburb before moving and make sure the schools align with your children’s needs and wants. Otherwise, you may find yourself moving again in the near future.

Potomac, Cabin John, and Travilah are some of the best suburbs for schools in Washington, D.C. Starting out with Potomac, you should know that it has about 46,256 people and is rated an A+ for both public schools and family friendliness. You can’t go wrong there!

One resident says, “Safe and comfortable place to live. Only downside is lack of accessible public transportation. Great school district and very safe! A lot of public parks to take children as well.”

As for Cabin John, it’s a small suburb with just 2,276 people but still makes the list for one of the top 25 places to raise kids in Maryland. Like Potomac, it also scores highly in terms of public schools.

Then, there’s Travilah. Roughly 11,239 people live in this rural suburb, which is known for top-rated public schools (and family-friendly parks!). Some residents even go as far as to call it a “classic American suburban neighborhood,” if that gives you an idea of what to expect there.

What are the best school districts in Washington, D.C.?

These are some of the top school districts in the District of Columbia:

Voted the top school district in the Washington, D.C., region, Washington Latin Public Charter Schools is one of many great options for your kids. There are 734 students there between grades 5-12. The reading proficiency is 67%, and the math proficiency is 47%.

Arlington Public Schools, another top choice for students in the District of Columbia, has 26,831 kids going to school there between PK and K-12. Sources show that the reading proficiency is an impressive 83%, and the math proficiency is even more impressive at 87%.

Like the school districts above, this top-rated school district excels in all areas, including academics, teachers, college prep, and diversity. There are 160,564 students walking the halls of Montgomery County Public Schools, with a reading proficiency of 55% and a math proficiency of 48%.

With this handy list of the best schools in Washington, D.C., your move is sure to be a smooth one. Need help with moving? We’ve got many services here at Bellhop that might be just what you’re looking for, from local moving and long-distance moving to last-minute moving, apartment moving, and more.

Up and Coming Neighborhoods in Washington, DC