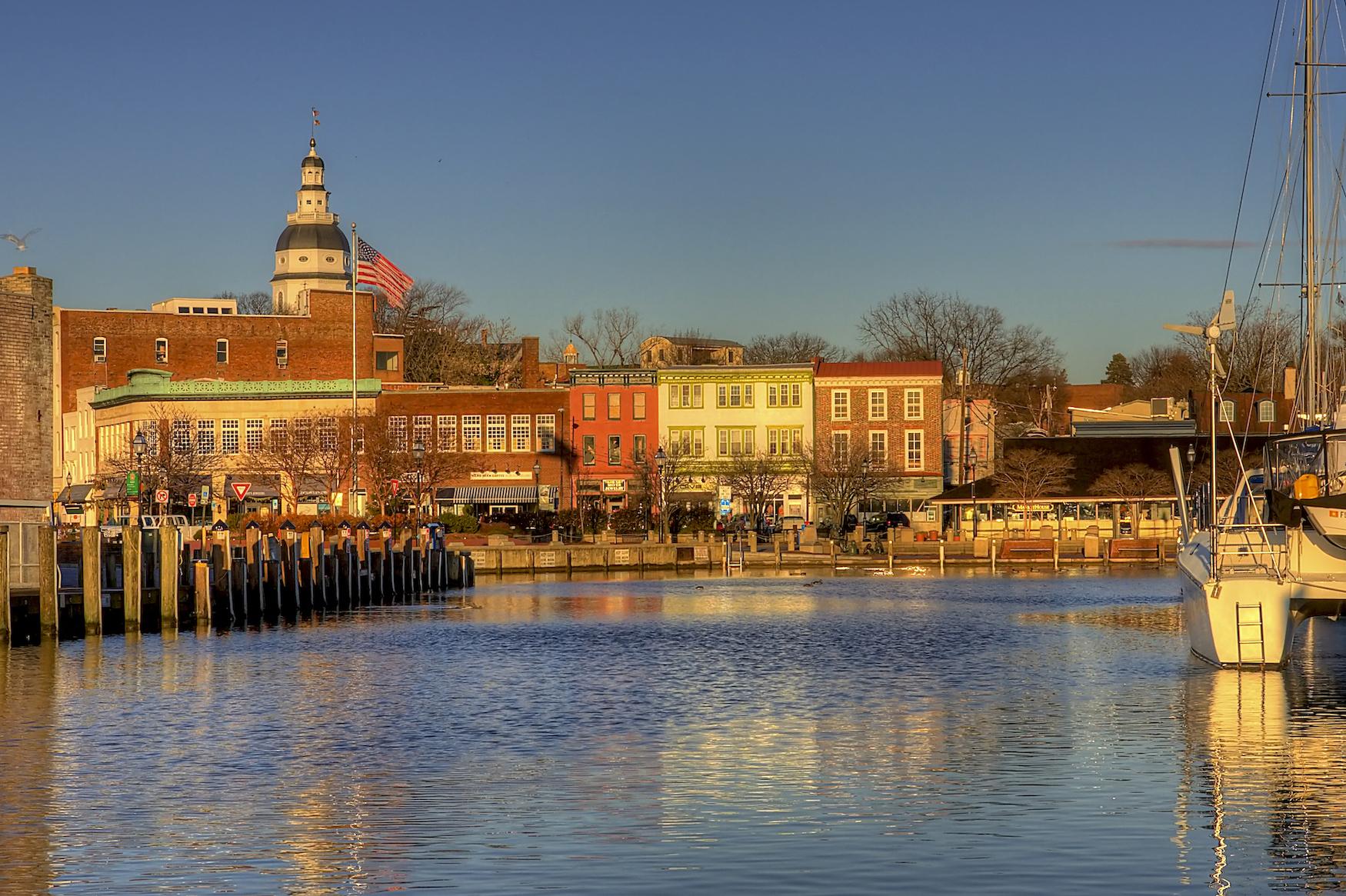 Everything you need to know about moving to Maryland and then some.

When the state of Maryland gets brought up in conversation, a remark about crab cakes is sure to follow. Maryland? Don’t they have great crab cakes there?

Well, if you adore crab cakes, yes 100% move to Maryland. But, just now the state has a lot more to offer than loads and loads of crabby patties.

Which, by the way, an interesting side note here… Maryland sells more crab cakes than it can supply. We know, tragic. The state actually has to ship in crab meat from other parts of the world. In fact, 38% of the crab meat found in Maryland crab cakes isn’t derived from crabs in Maryland. But, don’t hold this against them. There’s a lot to love about Maryland, still. Plus, the crab cakes really are ultra delicious. 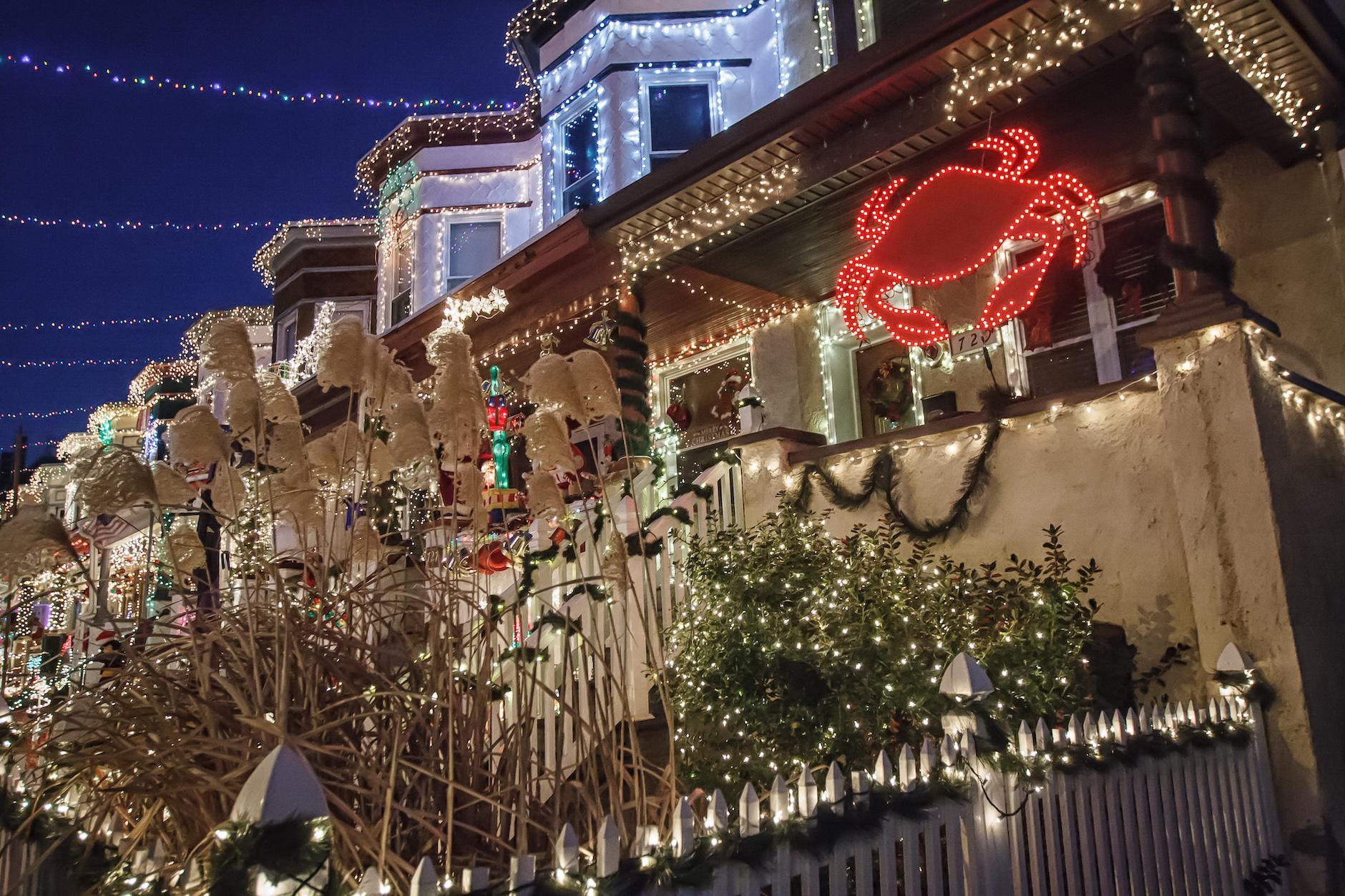 Moving to Maryland, a brief overview of the state.

We’ll be upfront here, Maryland is certainly quite a bit different when compared to other states that we service here at Bellhop. Not different in a bad way. But, still, very different. Perhaps Maryland’s biggest weakness is that it doesn’t have many large cities to choose from. Really, just one, Baltimore. (Oh, and by way of introduction, we’re Bellhop —Baltimore movers, Rockville movers, Columbia movers, Ellicott City movers, Gaithersburg movers, Glen Burnie movers, Silver Spring movers, and movers throughout the country).

1. Maryland is a state of many interesting firsts.

Perhaps one of the most interesting things about Maryland is that it’s home to many firsts. It is home to our country’s first umbrella factory, our first railroad station, the first telegraph, the first American built piano and the first dental school… thank goodness for that last one.

In addition to this, Maryland is also the place where the first six-pack was sold, the first passenger-carrying hot air balloon was launched and where the ouija board was invented (super creepy).

And, if you’ve ever thrown your hand over your heart as The National Anthem blares on a loudspeaker… well you have Francis Scott Key and Maryland to thank for that, too. Maryland was the birthplace of the Star Spangled Banner

2. Move to Maryland if you’re a lover of the outdoors.

Maryland is a truly stunning state when it comes to the great outdoors. Believe it or not, 41% of the state is covered in trees. So, where Maryland might be lacking in large cities, it makes up for in sheer beauty. Maryland’s geography feels like a showcase of sorts, a beautiful collection of the United States most breathtaking features. The Chesapeake Bay dominates most of the Eastern portion of the state and with it comes sandy beaches, tons of islands scattered about, marshes, coves, and freshwater creeks. Maryland also has two mountain ranges that run through it –– the Blue Ridge Mountains and the Appalachian Mountains

If you’re a true outdoorsman (or woman) consider checking out a small town in Maryland called Thurmont. While it sports a small population of just 6,000 people, it gives residents amazing access to Maryland’s untamed beauty.

Thurmont is located smack dab in the middle of two stunning state parks, the Cunningham Falls State Park and the Catoctin Mountain Park. The two offer access to the largest waterfall in Maryland and the beautiful Blue Ridge Mountains.

And, lastly, this will probably be the coolest thing you read all day… so Maryland has an island called Assateague, where a large herd of wild ponies run wild, munching on grass and drinking fresh water and doing things that wild ponies do. This alone, in our opinion, is worth making a jump to Maryland.

What are the pros and cons of moving to Maryland?

Maryland isn’t perfect, and like every state, it has its fair share of pros and cons. While we’re more than happy to help you move wherever you’re going, we want you to be happy where you call home next. So, before moving to Maryland, be sure to consider what’s great about the state and…  what’s not so great.

3. The pros of living in Maryland… close proximity to other big cities and diverse culture.

We like to consider ourselves a glass half full type of company here at Bellhop. So, we’re going to kick this section off with the good things about Maryland, first. The state of Maryland, and more specifically Baltimore, is in a great location. Baltimore is only a 30-minute drive to Washington D.C., it’s a one hour drive to Philadelphia, and it’s a two-hour drive to New York City. So, first and foremost, Maryland’s location is a huge pro to living in the state.

Maryland is also home to a very diverse culture. Being that it hugs the Mason-Dixon line, it is kind of sort of part of the South. But, with that said, most Marylanders will tell you they are Northerners. This, along with a wide array of ethnicities, gives Maryland a fascinating and very accepting culture.

4. The cons of living in Maryland, to put it bluntly… it ain’t cheap.

Maryland is a very wealthy state. Some newspapers like the Washington Post and US News claim that Maryland might very well be the wealthiest state in the nation. According to CNBC, Maryland has the highest concentration of millionaires in the country with 1 in 12 households being worth $1 million or more. Yes. We had to read that a couple times too. Crazy. So, naturally, with all this money comes higher costs. It can be difficult to wrap your mind around how much housing costs in Maryland. If you want a modest one bedroom apartment, you better expect to pay $1,500+… and median rent for a house in Maryland is $1,6000+.

If we were to name another con of moving to Maryland, it would again be the options in regards to cities. We don’t want to beat a dead horse here, but it’s something to be aware of. If you’re a city slicker, you better be okay with living in Baltimore, or you will be better off choosing another state to call home.

Show us the money, Maryland.

Okay, so we just casually mentioned that 1 in 12 Maryland households are worth $1 million or more… no big deal. With that said, it leaves one to wonder… what are these Marylanders doing to make so much money? Let’s take a closer look at Maryland’s economy.

Maryland is a ridiculously rich state with the average household income sitting at around a mind-boggling $70,000. Howard County, located in Maryland, is the 11th wealthiest in the nation. So, again, how?

Much of Maryland’s wealth can be attributed to the government. With most of its major cities sitting just an hour away from Washington D.C. the state has countless handsomely paid contractors that work directly with the United States government. Not to mention, the Aerospace industry in Maryland is responsible for somewhere in the neighborhood of $814 billion. So, that doesn’t hurt one bit either.

If you’re moving to Maryland, here’s where you should live.

6. Baltimore, the only option (but a good option nonetheless).

In an article published in The Smithsonian, “How Baltimore Quietly Became the East Coast’s Next Cool City,” writer David Amsden revisits the place he was born and raised after being away for nearly two decades.

He’s surprised to find a city that’s unrecognizable in many ways, very recognizable in others. Over the decade that spanned 2000 to 2010, the number of degree-holding young professionals in Baltimore increased by 92%. Like other cities we’ve mentioned so many times before –– Chattanooga, Richmond and Austin –– Baltimore is experiencing a mini-renaissance of sorts. They’ve become and are becoming exactly as The Smithsonian describes it… East Coast’s Next Cool City.

But, we think Baltimore is the move if you’re a young professional looking to be a part of something bigger than yourself.

Still making up your mind on moving to Maryland?

Moving is a tough decision. We get it. Trust us. With that said, there are some pretty great reasons to call Maryland home. It’s access to the great outdoors is unparalleled. It boasts a ridiculously strong economy. It is within close proximity to some of the biggest cities in the United States. And, it offers a culture you have to experience to fully comprehend.

However, all that said, if Maryland just simply isn’t for you… we service dozens and dozens of other cities across the United States. So, no matter where you choose to call home, just now that we’ll do everything we can to make the actual moving part the easiest part.

But if you decide to move in or to Maryland don’t hesitate to reach out. We coordinate local and long-distance moving services in Maryland, and we would love to help!