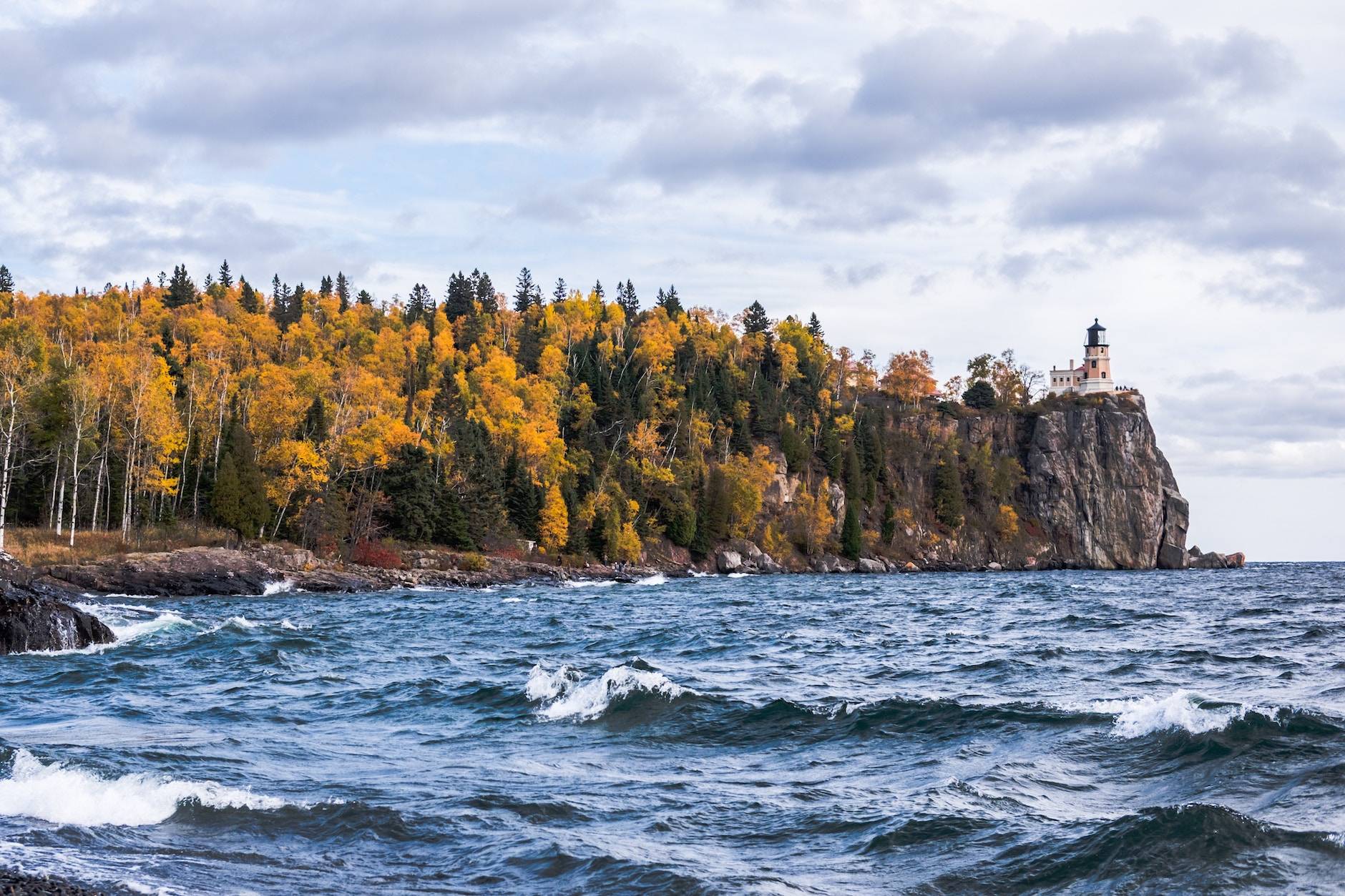 Is Moving to Minnesota Right for You? A 2022 guide.

It’s challenging to relocate to a new state, but it’s easier if you are familiar with the location.

Don’t worry! We’ve done the research for you.

This blog is chock-full of Minnesota facts to give you a taste of what it’s like to live there.

Thinking about moving to Minnesota? If you’re like most people, you don’t know anything about it. Don’t you fret. We will give you the rundown on the state, the good, the bad, the ugly, the opportunity there and even the best places to live if you plan on making the jump (oh, and by way of introduction, we’re Bellhop—Minneapolis movers, St. Paul movers and movers throughout the country).

An invaluable (but brief) overview of the state.

At 5.6 million people, Minnesota is the 22nd most populous state in the nation and at 225,163 square kilometers, Minnesota is pretty dang big too. In fact, it is the 12th largest state in the United States. And, while it sports a pretty big population, 60% of its people live in what is called the “Twin Cities,” two gorgeous metropolises we will discuss in more detail here shortly. But, that’s just scratching the surface of this gargantuan state.

The pros and cons of living in Minnesota.

Minnesota is stunning. We would rank it up there with other gorgeous states we’ve written about like Washington and Oregon. But, even the nations most beautiful states have some not so beautiful things about them, too. In this section, we’re laying it all on the table… the good, the bad and the absolute ugly. We want you to know 100% what you’re getting into by moving to Minnesota. So, with that said, here are some pros and cons.

2. The pros: Absolutely delicious food and plenty of outdoor activities to burn off all those calories.

One of the biggest pros of moving to Minnesota is the great outdoors. We mentioned it earlier, but with 5 national parks, 76 state parks and over 10,000 lakes you will never run out of things to do from an outdoor standpoint. Between hiking, biking, trail running, swimming, fishing and boating… you will have plenty to do in Minnesota. It’s a good thing you will be surrounded with all of these outdoor activities. You’re going to need all the exercise you can get.

Minnesota is a foodie’s paradise. Smithsonian Magazine wrote an article, “Why every food lover should visit the Twin Cities” discussing how two of the states biggest cities are creating a booming food scene that celebrates both the past and the present cultures that have so heavily influenced Minnesota. And, if you’re not much for the outdoors and not much of a foodie, rejoice in the fact that your state has the largest most extravagant mall in the world… Mall of America.

It’s a monstrosity, a wonder, a masterpiece. Building it required 13,300 tons of steel and its frame is so absurdly massive it can fit seven Yankee Stadiums or 258 Statues of Liberty in it. Thankfully, it is home to some of the best brands in the world versus spare statues and stadiums. In fact, it’s home to so many stores that if you were to spend just ten minutes in every single one, you’d be walking around the mall for something like 86 hours. Oh, and you will be safe and sound while going about your shopping spree… Mall of America is so heavily trafficked, it has its own counterterrorism unit.

3. The cons: A winter so cold you might want to cry of unbearable coldness

Now for the bad news. Are you sitting down? There is really no way to sugar coat this, Minnesota is horrendously cold in the winter. Those who live far enough North in the state can experience temperatures as low as -60 degrees. That’s cold. Now, to end on a positive note. The summers are incredibly nice in Minnesota and since the state is further North, you’re going to get a really nice break from the crazy heat you might experience in other states we’ve highlighted in the past like Florida.

Show us the money… a quick look at Minnesota’s economy, job opportunity and cost of living.

Let’s get one thing straight, with 60% of the state’s population living in The Twin Cities, if you’re looking to move to Minnesota you should be considering Minneapolis or St. Paul. No, this doesn’t mean other cities and towns don’t have anything to offer… but what it does mean is that these two giants present the biggest opportunity.

4. The Twin Cities are a hotbed for Fortune 500 companies.

St. Paul and Minneapolis make up the Twin Cities. The pair are a pretty fascinating phenomenon. They sit just under 9 miles apart… they’re so close they could almost be one city… yet they couldn’t be more different from one another. We will riff on this dynamic duo more here shortly. But, for the time being, what you need to know is that the Twin Cities is one of the most concentrated areas in the world for fortune 500 companies. Massive behemoths like Target, United Health Group, 3M, Best Buy, General Mills and Land O’ Lakes have chosen the Twin Cities to house their corporate headquarters. And this is only a small portion of the 17 massive corporations that reside in the area.

5. But, you’re going to pay a pretty penny to get access to this opportunity.

The Twin Cities come with a pretty fat price tag. An apartment in Minneapolis is going to run you somewhere around the $1,500 mark. And, while this is quite a bit cheaper than say New York City, it’s still nothing to shrug off. Fortunately, it’s slightly smaller brother (or sister), St. Paul, is quite a bit more reasonable at just $1,200 a month for an apartment.

Take a wild guess… The Twin Cities. While St. Paul and Minneapolis are often compared to one another due to their close proximity they couldn’t be more different. While either would be a perfectly fine city to call home, we want to highlight a few of their differences, and hopefully, this will help you decide on which of the two twins is the right fit for you.

6. If you’re looking for a miniature version of the Big Apple, head to Minneapolis.

Minneapolis is magnificent. It’s the birthplace of great talents like Prince and the mastermind behind Charlie Brown. Often referred to as the “Mini Apple,” one quick Google search of the Minneapolis skyline and you will immediately understand why it’s seen as New York City’s Little brother. They are very very similar. But, besides the skyline, like New York City, there is plenty to do in Minneapolis… even in the dead of winter. Minneapolis is home to some solid professional teams like the Minnesota Twins, Minnesota Timberwolves, Minnesota Vikings and the Minnesota Lynx.

7. At just a stone’s throw away from Minneapolis, St. Paul is also an excellent choice, too.

Minneapolis is known for having massive skyscrapers and for being the larger of the two twins at a population of 430,000 people compared to St. Paul’s 300,000. But, St. Paul has it’s own unique romantic charm… it’s actually been called one of the most romantic cities in the United States. It doesn’t have big skyscrapers but instead wears old Victorian style architecture beautifully. It comes with just as much opportunity as it’s sibling but is better for someone who isn’t interested in the crazy hustle bustle that comes along with Minneapolis.

Final thoughts on if Minnesota is right for you.

If you can brave the winters, it’s worth moving to Minnesota. And, if you choose to call Minneapolis home, we can even help relocate you there. That’s what we do here at Bellhop, after all.

Once you decide on a place to call home don’t hesitate to give us a call… we’d be happy to help you get there. We coordinate local and long-distance moving services in Minnesota and we would love to help!