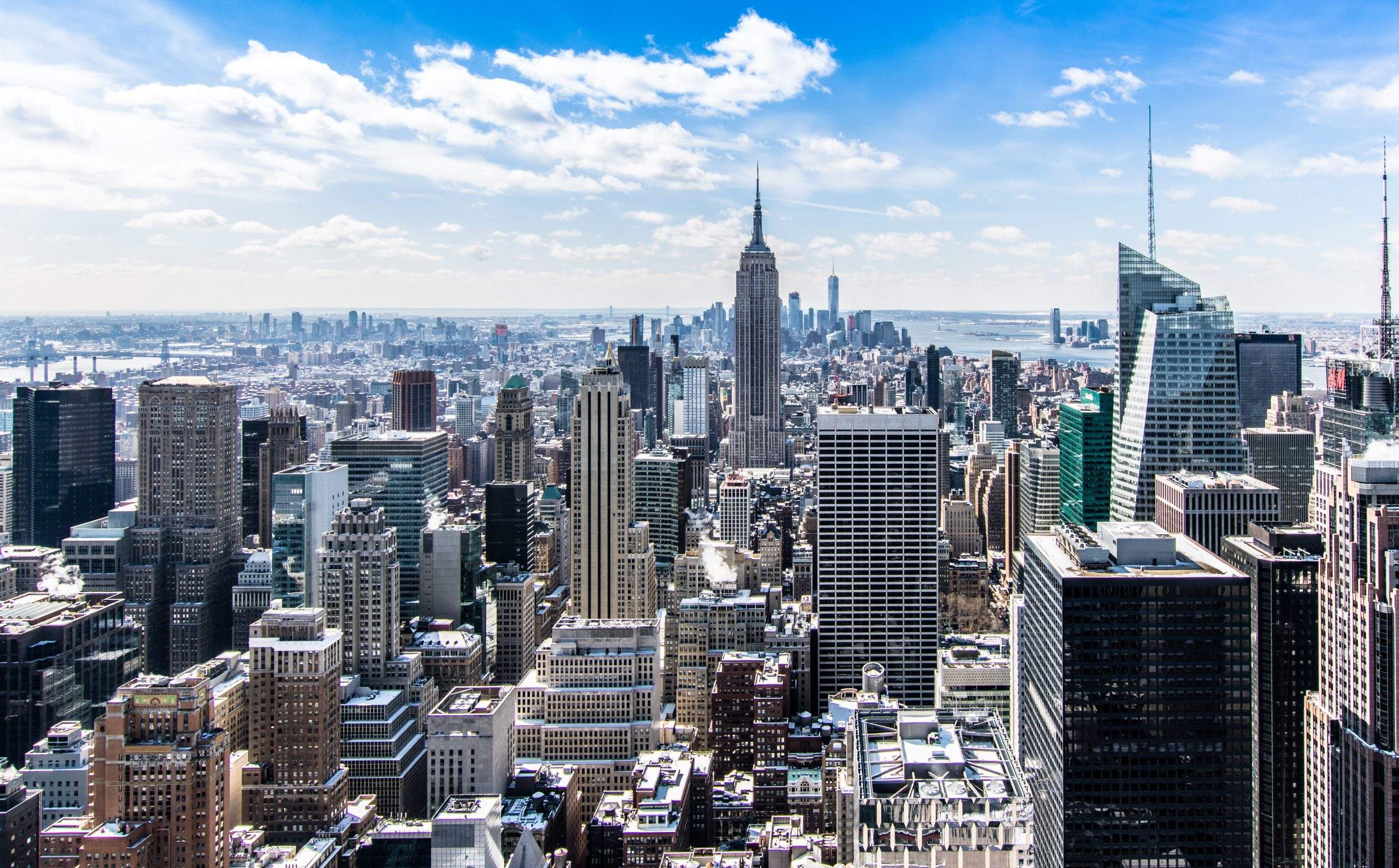 The 8 Best & Worst Things About Moving in New York City

Living in New York City isn’t like living anywhere else in North America. What works for a move from Seattle to Nashville isn’t the same as what works to get you and your stuff from Soho to the Upper East Side (or anywhere else in the five boroughs).

So, we’ve compiled lists of the eight best and worst things about moving in NYC and what you can do about them all.

The 8 Worst Things About Moving in New York City

Apartments in New York disappear in hours, not days and certainly not weeks. That means that perfect spot you found could be gone in the time it takes to get your documents for the application.

It’s best to show up at the viewing with all your needed paperwork in hand: pay stubs, photo ID, bank statements, and letters of recommendation or employment. Take no chances, or you’ll miss out on the perfect place because you moved too slowly.

2. It’s Not Built for Moving Vans

Most New Yorkers rely on the MTA and an occasional cab or Uber to get from point A to point B, and it works. Whatever the chuckleheads at Comedy Cellar or Gotham Comedy Club might say, New York has one of the best public transit systems in the world.

That doesn’t do a lot of good when you’re moving a couch across town, though. And city streets are not for the faint of heart. If you’re not experienced with both driving in the city and managing a truck in traffic, your best bet is to hire a moving company or find a friend who can do it.

3. It’s All About the Brokers

Almost every property in the city makes you deal with a real estate broker if you want to move in. That increases the price of rent and makes negotiating a better deal a little more challenging.

That said, it’s worth it to deal with professionals who know the process inside and out. Real estate brokers streamline the moving process and keep things professional. They also keep it honest. A crooked landlord loses a customer if they do wrong. A broker loses their license.

Unless you’re really lucky or very wealthy, your new apartment will likely  be in a walk-up building. On regular days, this is a petty annoyance and a good workout. On moving day, it’s a serious challenge.

This is where help comes in, whether it’s a professional moving company or friends you pay in pizza. You may even want to decide which furniture to keep and leave behind based on the state of your new stairs.

Every building has at least one neighbor who thinks everybody’s business is theirs. While this can be irritating when you live there, it can be an absolute godsend when you’re shopping for a new place.

That neighbor knows about things like noise levels, infestations, local crime, and what the couple upstairs from you do after midnight. Tapping this resource can save you from getting a place you’ll wind up miserable in.

Sure, things are better than in the ’80s when New York City was a 24/7 version of “The Purge.” But that doesn’t mean there aren’t plenty of opportunistic bad guys still out and about. Leaving boxes unattended on the sidewalk is a recipe for disaster in the city.

Yes, it’s a hassle to watch your stuff more carefully at every step of the process. But you can’t afford not to do it.

Rules about parking, noise, and a hundred other things are different in Midtown from how they are in the Blue Zone or the Garment District. And all three of those are different from where you live now and where you plan to move.

Be sure to check and double-check how things work in your new neighborhood because you can’t take anything for granted.

Much has been said about the cost of rent in New York, even with rent control measures in place. Because deposits, cleaning fees, and other services are usually set as a percentage of the rent, that means the nickel-and-dime costs of moving become quarters, dollars, or more.

There’s not much to be done about this. If you want an inexpensive move, you have to move out of New York. All you can do is research in advance all of the costs associated with leaving your building and getting into the new one so there are no surprises in mid-stream.

The 8 Best Things About Moving in New York City

Every street in New York has liquor stores and shops. And one thing all of these spots have in common is they need to get rid of boxes. They’ll be more than happy to make them your problem instead, meaning you don’t have to buy anything to pack your stuff in.

Trust us. You won’t be the first person who asked.

It can be hard to find available labor at the price and schedule you need in the suburbs and even in smaller cities. Not so in New York. At any time of day or night, somebody in your neighborhood is willing to lug a couch or carry some boxes for a few bucks.

It’s an exaggeration to say you can find one by leaning out your window and shouting, “Anybody wanna help me move for twenty bucks?” But it’s not much of an exaggeration.

3.There’s Something for Everybody

If you only know New York from the movies and television, you might think the only option is to get an apartment in a box-shaped building surrounded by other apartments, with the noise of traffic right outside. Nothing could be farther from the truth.

Somewhere on the island, there’s a perfect neighborhood for your needs. There’s more variety here than anywhere else in the country.

4. You Can Move at Any Time

It’s the “City That Never Sleeps.” Although some services might only run during business hours, you can find food or supplies at any time of the day or night. You also don’t have to worry about disturbing the neighbors if you’re unpacking at 2 a.m., at least not as much as you might in the suburbs.

This is especially important when you consider that parking and stopping rules aren’t in effect after 7 p.m. for most areas.

That helpful resource when you were apartment hunting is likely to be all up in your business as you’re moving in. At best, this can mean distracting conversations while you’re trying to get the move finished. At worst, it can be the beginning of a terrible relationship.

It wasn’t always this way, but housing reform in New York has put the power squarely in the hands of tenants for many situations. The city has some of the most protective and powerfully enforced tenant protection laws in the country.

If you know them, you can avoid the kind of exploitation and dirty dealing that’s common in many other places.

If you have large items you don’t want and can’t sell, just put them on the curb with a sign that says “FREE.” If they’re any good, you’ll be shocked by how quickly they disappear, moving on to a new life making somebody happy.

You can augment this by posting essential items on Craigslist for free pickup a week before you put them to the curb. It can save you big on waste disposal fees.

8. NYC Sanitation Is Easy to Understand

In less-dense cities, garbage pickup services can be very particular about what they’ll take and what they won’t. NYC Sanitation has its rules, but they also make it easy to learn how to get rid of just about anything.

Use their “How to Get Rid Of…” search tool to learn precisely how to get rid of items that won’t accompany you to your new home.

For all the extra hassle and expense, there’s a reason you’re moving in New York and not out of New York. If you take our advice to make the bad stuff easier and use the good things to your advantage, you’ll find the move goes smoothly.

Parker Davidson is a journalist who has lived in New York City for the past decade.