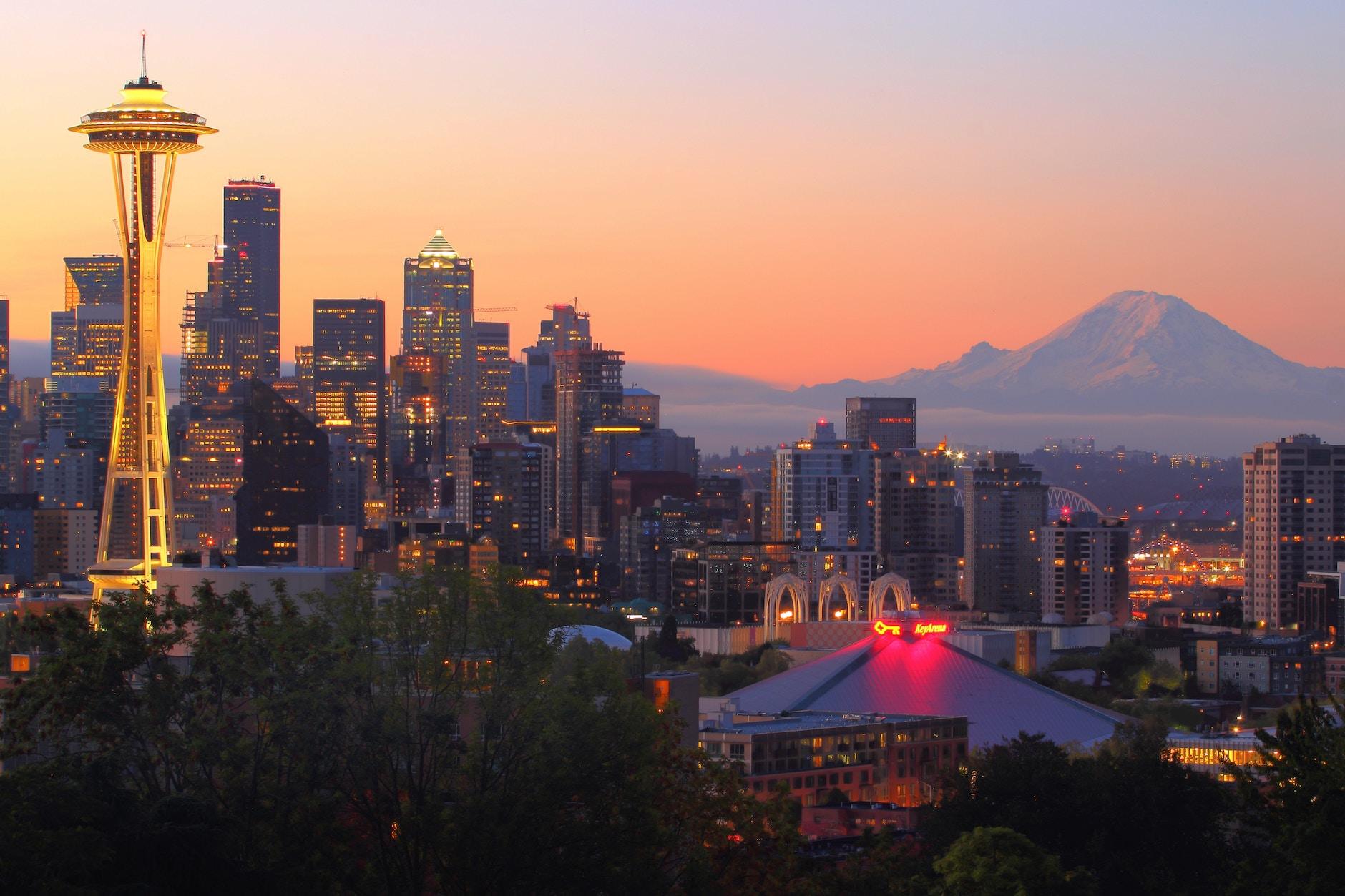 The Best Neighborhoods in Seattle (A 2022 Guide)

Moving to a new city is always challenging. And a large part of that challenge is looking for a place to live, and it can be quite overwhelming.

That’s why we’ve done the research for you, so you don’t have to. In this blog, you’ll find a list of the best neighborhoods to live in, in Seattle.

This list is a more in-depth neighborhood guide meant to examine what it’s like living in each of these highlighted areas (oh, and by way of introduction, we’re Bellhop—Seattle movers and movers throughout the country).

A Little About Seattle’s Neighborhoods

Former Seattle mayor Greg Nickels has called Seattle “a city of neighborhoods.” When the city was established during the mid to late 1800s, early European settlers were pretty haphazard when creating settlements for themselves, which were widely scattered around the area. These settlements grew larger as they became more populated, growing into conurbations, or regions that are made up of neighborhoods, towns, and cities that, as a product of population growth, have merged into one continuous, urban area.

In Seattle’s case, these areas formed organically around trolley stops in the 19th and early 20th centuries, with not much forethought into city planning. And because of this, no official neighborhood boundaries have been marked since 1910, causing street-naming and transportation problems in the city ever since. District and neighborhood boundaries may overlap and multiple names are sometimes given to a single district. It all sounds very confusing. Seattleites call these “informal districts.”

If you’re moving to Seattle and you don’t care where in the city you move, you just want the best neighborhood possible—this guide is for you.

Located just north of downtown in the center of the city, Fremont’s got a bohemian vibe with indie shops, hip bars and quirky outdoor sculptures, including the famous gigantic Fremont Troll lurking under the Aurora Bridge and the towering Fremont Rocket. Arty residents and tech workers often hang out in the area’s eclectic eateries. The Fremont Sunday Market has art, antiques, and food trucks. Cyclists and walkers can explore the canalside Burke-Gilman Trail. Companies like Adobe Systems, Google and Getty Images are also based in this neighborhood.

Fremont dates back to 1891, when nearly 5,000 early pioneers gathered there to live, with a sawmill and a relatively simple commute to downtown. By the 1940s, rail and trolley service ended to the area, sending the neighborhood into decline. In the 1960s, artists and students looking for cheap places to live moved into Fremont, turning it into the eclectic and funky area it is today.

Fremont always has something going on, as you can tell by the area’s website, with events and attractions for all ages and lifestyles. From the Summer Solstice Parade to Oktoberfest, to outdoor movies and its First Friday Artwalk. There’s also the Fremont Sunday Street Market, and you can tour a chocolate factory, distillery, and brewery, all in the same area. Grab a sandwich at Paseos, eat a freshly made pie at Pie or sit down for a killer margarita at El Camino.

Schools in the area include B.F. Day Elementary School, Nurturing Knowledge School and Pacific Crest School, among others.

You can find single-family homes, condos, and townhomes there. Average home prices are around $828,000 and average rent goes for around $2,300.

Belltown is filled with trendy shops, bars and eateries. Indie boutiques, galleries, and cafes line busy 1st and 2nd avenues and the area’s many nightclubs and live-music spots include the Crocodile, an iconic rock venue since 1991. Z-shaped Olympic Sculpture Park, with its trails and outdoor art, has expansive Puget Sound views and beach access. And, no worries, this neighborhood is very walkable.

Just north of downtown, Belltown was filled with very steep hills. After years of debate, developers decided to remove the hills there, known as the Denny Regrade. It took about 30 years and by the mid-1900s, the area was much more manageable for business development.

But growth didn’t happen as quickly as planned, with car dealerships and warehouses lining the area rather than the skyscrapers and hotels city leaders were hoping for. But in the 1970s, the area was rezoned for high-rise residencies and plenty of space for businesses. Then, young professionals began moving in, making their homes and starting businesses in the area, with a unique culture that’s evident there today.

There’s the Cinerama movie theater, the Dahlia Lounge, List, and Bathtub Gin & Co., a delightful speakeasy tucked in an alley. For a little fresh air, scope out the Olympic Sculpture Park to enjoy the many art installations by local artists. There are also plenty of art galleries, clothing stores, home furnishing shops, salons and tons of other places to eat and drink.

Schools in the Belltown area are the Spruce Street School, the School of Visual Concepts and Emerald City School, among others.

High-rise condos and apartments are predominantly what you’ll find in Belltown. Average home prices are around $509,000 and average rent goes for around $2,400.

More than just the high rises that dot it, downtown Seattle has a rich history and plenty of diverse culture. It’s the central business district of the city and is fairly compact compared to other downtown areas on the West Coast. Several neighborhoods make up this area including Belltown, Denny Triangle, Pioneer Square, Little Saigon, among others.

The original downtown looked much different than it does today, with wooden buildings, a sawmill and many more steeper hills. Then in 1889, the Seattle fire happened, burning down most of downtown to the ground. Also, the Denny Regrade, which we mentioned earlier. As skyscrapers and roadways such as I-5 were built, along with the Alaskan Way Viaduct, downtown was rebuilt as people know it today. Some historical artifacts have been preserved, though, such as Smith Tower. And underground, you can take tours to see structures that were just covered up and built on top of after the fire.

Downtown Seattle is so vibrant and full of life it’s hard to list everything that’s going on. There’s the Seattle Art Museum or the Symphony at Benaroya Hall. There are theaters and performance halls for every type of entertainment—the Paramount, 5th Avenue Theater, and the Showbox, just to name a few.

You like shopping? Westlake Center and Pacific Place have a mix of high-end and regular retailers, not to mention all of the one-of-a-kind boutiques that line any given street in the area. Check out the piers on the waterfront also.

Summit Sierra Charter High School, Minor Avenue Children’s House Montessori school, and The Center School are among the schools in the area.

High-rise condos and apartments are predominantly what you’ll find in this area. Average home prices are around $775,000 and average rent goes for around $2,220.

A history dating back to the very first settlers in Seattle, the Pioneer Square area grew very quickly after Henry Yesler erected the first steam-powered lumber mill on the pier there. But when the downtown area burned to the ground, Pioneer Square was where the rebuilding started. Many historical structures still stand today and are protected by the city’s historic preservation movement.

On the first Thursday of every month, Pioneer Square holds a giant art walk, which has been going on for more than 30 years. Try Tat’s Delicatessen for their famous east-coast style cheesesteak sandwich. Late at night, try out Central Saloon. Established in 1892, this is Seattle’s oldest bar by a long shot.

Pioneer Square is a relative newcomer when it comes to being a residential neighborhood, but condos and apartments have been quickly popping up in the area, selling on average at around $775,000, and average rent goes for around $2,400.

Affluent Magnolia is a residential neighborhood on a peninsula jutting into Puget Sound. Families explore the beaches and forested trails of vast Discovery Park, home to West Point Lighthouse and indigenous art at the Daybreak Star Indian Cultural Center. Smaller Magnolia Park has expansive water views. Locals mingle in the Village, a cluster of upscale shops and cafes, and site of a summer farmers’ market.

Magnolia was a major trading post, where people brought goods in from the Pacific. Once roads were built and folks started to settle there, the military built Fort Lawton on the northwest section of the peninsula. After the Vietnam War, most of the land was sold to the city, and Discovery Park was created, the biggest park in Seattle. And now, it’s a wonderful neighborhood with a secluded feel to it.

The area around McGraw Street and 34th Avenue W has a walk score of 73 and is a thriving area of activity. There’s a farmer’s market, the annual SummerFest, a free nature walk at Discovery Park, and Fisherman’s Terminal, located on Salmon Bay near the 15th Street Bridge. There are also cafes, salons, boutiques, and bakeries. And the community pool and the library are great places to take kids.

A variety of schools are in this area including Catharine Blaine K-8, Our Lady of Fatima Parish School and Lawton Elementary School.

Mostly made up on single-family homes, average home prices are around $970,000 and average rent goes for around $3,000.

So, Which Neighborhood Are You Picking?

Neighborhoods are about location and lifestyle, to be sure. But more importantly, they are about the people who live in them. These neighborhoods offer a variety of lifestyles to meet most anyone’s needs.

We hope this guide helps you make the right choice to fit your lifestyle. If you decide to move in or to Seattle, don’t hesitate to reach out. Like we said, we are Bellhop—movers in Seattle and throughout the country.