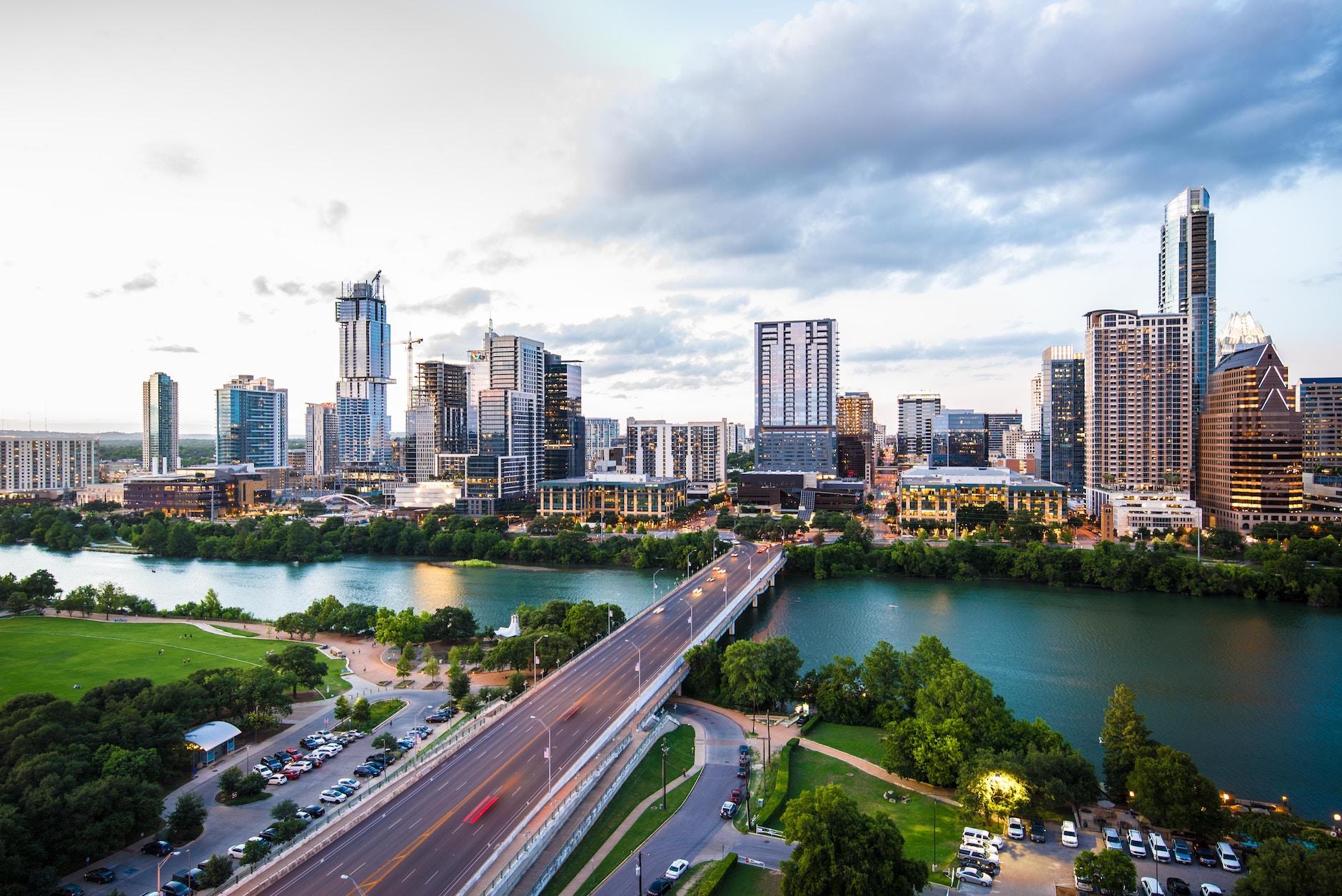 Moving to Texas? Here’s all you need to know.

It can be intimidating to move to a large state, especially if you’re unfamiliar with what it has to offer. In this guide, you’ll find everything you need to know about the great state of Texas before you make the journey down.

1. Texas is a massive state with a ton of character.

Texas is the second largest state in the US after Alaska, and within the 269,000 square miles the giant takes up, you can find deserts, mountains, forest, ranch land and over 360 miles of beautiful coastline and an 850 miles interstate route that makes traveling through the great state seamless. It has character. A LOT of character.

2. When it comes to cities in Texas, there’s plenty to choose from.

In addition, Texas also houses three of the largest cities in the United States –– Houston, San Antonio and Dallas being some of the most popular cities –– all of which on this list of cities in Texas are so rich with history, culture and entertainment we could write an entire article focusing strictly on each. Yet, besides the larger names Texas is known for, it is also home to much smaller cities like Austin, which is quickly becoming a favorite for young professionals across the nation; or even like Asana, which is the San Francisco of Texas.

Pros and cons of living in Texas

Like all states, Texas has some great things about it and… some not so great things. Fortunately, unlike other states, the good far outweighs the bad. Regardless, here are a couple factors worth thinking about as you consider your move.

3. Pro: the taxes are ridiculously low.

Texas is one of the few states in the US that boast no income tax. Which is great, but what does this mean for you in terms of savings? Well, according to Time Magazine , Texas collects about $3,500 per resident. California, on the other hand, collects $4,900. And, New York collects $7,400. So, when you compare it to other states, residents of Texas save as much as half of what they would normally pay in taxes. That’s nothing to scoff at and might even be a factor that tips the scale in favor of moving to Texas. It should be noted though, that the state makes up the difference for no income tax through its slightly higher property taxes.

4. Con: it’s hotter than hades (okay maybe not that hot, but you get it) + Other Weather

Texas is hot. In fact, Texas Monthly called Texas the hottest state in the entire country. Along the Rio Grande, which is the hottest spot in Texas, days and nights average 102 degrees Fahrenheit. In both San Antonio and Dallas, the summer temperatures average out at around 100 degrees. That’s hot. And, to be completely honest, it’s something worth considering before you make the jump there. If you’re the type of person that can’t stand the heat, Texas is the last place you’re going to want to move to. It might be worth investing in a pool. That, or take plenty of cold showers during the summertime.
And if you consider living in North Texas, take into account the potential tornado, due to where it’s located in tornado alley.

Money in Texas: jobs, the economy, and cost of living.

There is money in Texas, hence why the state is described as an economic powerhouse. According to an article Texas Monthly published, something like 46 billionaires live in Texas. That’s a lot of people with a lot of money… but where does all that money come from? Well, half of them amassed their riches in oil and gas pipelines, which up to this point in time has been the largest money maker in the state.

But, let’s not assume that’s the only way these billionaires are making their money. Michael Dell made his billions by… yes, you guessed it… Dell. Tilman Ferrtita has made his fortunes in the food industry, starting restaurant giants like Bubba Gump Shrimp. One of their newest residents, Elon Musk, made his fortune by purchasing, and then adding value to, Tesla. And, of course, Mark Cuban, the golden child of anything entrepreneurial, lives in Dallas.

But, as innovation is beginning to seep into the great state, some are calling one Texan city the Silicon Valley of the South. But, more on that in the next section.

5. The next silicon valley… in Austin?

So, industries like agriculture, energy, defense and healthcare are what makes up the larger economy of Texas. But, as more and more young professionals are moving to the state, an interesting and refreshing spark of innovation and activity in tech has begun to take hold –– particularly in Austin.

Forbes has actually listed Austin as a city that could potentially become the next Silicon Valley. That’s obviously a pretty bold statement that we don’t have an opinion on one way or the other. But, you get the idea, there’s some innovation happening there. What does something like this mean for someone like you, though?

Well, startups like AppSumo, Onnit, Rollick Outdoor and Senseye have gone from being ideas to big innovators employing hundreds. This constant innovation means more jobs for folks moving to Texas. And, if you’re someone that wants to start a business yourself, it’s best to immerse yourself in a culture where entrepreneurship runs wild. Either way, employee or entrepreneur, Austin is a good place to land.

If you’re interested in the tech and startup scene in Austin and want to line up a few potential employment opportunities before moving there, AngelList is a great resource. We highly recommend checking it out!

6. Texas is home to plenty of fortune 500 companies, too.

The job market doesn’t end at startups though. There are plenty of fortune 500 companies headquartered in Texas as well. Huge industry giants like ExxonMobil, GameStop, At&t, Southwest, Texas Instrument, Phillips 66, Whole Foods and Valero are just a few massive companies that have made Texas their home base. Honestly, we’re kind of blown away by some of the names on this list.

According to Zillow, the median home price in Texas is $190,000 and the average rent price is about $1,500. Due to the fact that Texas is absolutely massive, they have practically endless land to build on. The more houses builders can put up means more supply, which makes housing prices more affordable. While $200,000 might buy you a shack in California, in Texas it’ll get you a nice home, with more square footage for your particular needs. Couple this with the fact that there are plenty of job opportunities, an average salary of $56,536, a low unemployment rate, and it’s a pretty good situation for young professionals looking to be homeowners and wanting to enjoy a higher standard of living.

So, when we started out writing this guide, we wanted to get to the bottom of the saying, “Everything is bigger in Texas”. While we weren’t able to trace its origins, we did discover the saying had some truth behind it. Texas is really big, nearly as big as the entire country of France. And, when it comes to living, Texas does it up pretty big too.

Texans are an interesting mix of loving and tough. They’re known for being huggers with bigger-than-life personalities but have been built to be pretty resilient considering they deal with 100 degree summers six months out of the year and have to avoid being bitten by poisonous rattlesnakes on the daily.

Not unlike the people, it feels like the culture in Texas offers similar extremes, making it a state where just about everyone can find something they love.

Music in Texas is complex and dynamic, running deep in the culture. While most people think “country” when they think Texas, independent and alternative artists are popping up everywhere in the state.

The New York Times actually wrote an entire piece on the emerging music scene in Texas . For history buffs, it’s a state built on the grounds where native tribes like the Caddo, Apache and Comanche had lived for 11,000 years. And, on the contrary, for futurists, it’s a place where organizations like SpaceX and NASA fire off their rockets.

We guess what we’re saying is that while Texas is known for things like Football, BBQ, Country music and cowboys boots… it seems there are just as many things on the other end of the spectrum that run deep there, too.

A few final thoughts on moving to Texas.

With hundreds of thousands of people moving to Texas every day, there is some obvious charm to the lone star state. As long as you can stand the heat, we feel pretty confident you’ll find a spot that feels like home in Texas. And, if you need some help moving there, well, you know who to call.